The Mysterious Power of Mushrooms. 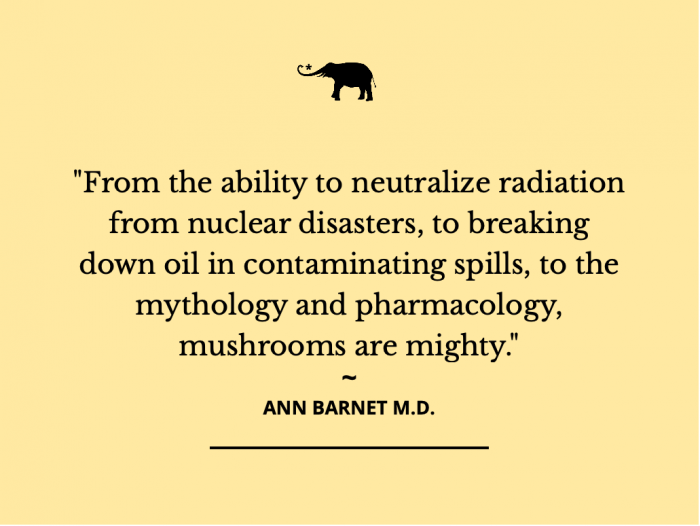 *Editor’s Note: Elephant is not your doctor or hospital. Our lawyers would say “this web site is not designed to, and should not be construed to provide medical advice, professional diagnosis, opinion, or treatment to you or any other individual, and is not intended as a substitute for medical or professional care and treatment. Always consult a health professional before trying out new home therapies or changing your diet.” But we can’t afford lawyers, and you knew all that. ~ Ed.

Join me for a few moments and take a glimpse into the mysterious world of fungi.

I had never thought much about mushrooms, until one day at Burning Man, over 15 years ago, I stumbled upon a lecture at the Earth Guardians camp, and entered the world of Paul Stamets. Paul is one of the giants in the study of fungi.

He shared his passion and knowledge, and also told a deeply moving story of the mushroom Coriolus Versicolor, commonly called, “Turkey Tail.”

Paul’s mother was in her mid-80s and she was dying. She had been diagnosed with end-stage breast cancer and her oncologist told her there was no treatment.

Paul offered her some of his mushrooms—a variety he knew had anticancer effects. She declined her son’s medicine and decided she would enter a breast cancer clinical trial at Bastyr, the well known naturopathic university in Seattle.

She came home with the medicine the doctor in the clinical trial had given her—turkey tail mushrooms, which had been grown in Paul’s lab.

With the help of these mushrooms, Paul’s mother unexpectedly recovered and she developed a deeper appreciation of her son’s work.

Bastyr’s trial was successful and led to the identification of specific molecules in turkey tail mushrooms that appear to kill solid tumor cells.

The study was actually so impressive that the FDA approved additional mushroom studies, which are currently underway.

The work of Stamets and Bastyr highlighted something that we commonly see with plant medicine, “the entourage effect.” Packed all together by nature, the molecules found in a plant are exponentially more powerful than if they were separated and given one by one.

Along the same line, we see that medicinal properties of a plant are less powerful when synthesized or isolated in the lab. The lab gives us purity, but at a price.

What is even more exciting, is that we all have access to this healing power. Each of us can buy, grow, forage, and eat turkey tail mushrooms and gift them to a loved one with cancer.

Back to the lecture in the desert: Paul went on to describe this intricate “internet of” mycelium, essentially the root system of mushrooms that literally spreads across this planet, helping not only mushrooms, but also trees and plants communicate and coordinate underground.

From the ability to neutralize radiation from nuclear disasters, to breaking down oil in contaminating spills, to the mythology and pharmacology, mushrooms are mighty.

In the Department of Defense sponsored efforts to find a treatment for SARS, mushrooms outperformed pharmaceutical antivirals.

In the West, mushrooms haven’t always been appreciated. Some people immediately associate them with the mind-altering properties of “magic mushrooms,” others associate them with poisonous varieties that have caused liver failure or death, and some think of the environment of decay where mushrooms thrive and think, “Gross.”

This started to change when the “father of medicine,” Greek physician, Hippocrates spoke of their abilities. Fittingly, he also said; “Let food be thy medicine and medicine be thy food.”

Since entering the world of Paul Stamets, I have developed a deep appreciation and respect for mushrooms and their abilities. They are a powerful medicine and food (teas and capsules are my personally preferred forms).

Are you curious about how mushrooms may help improve your world? Stamets and his colleagues created a documentary called “Fantastic Fungi.” It’s a magical journey, if you feel inspired.

It’s our turn to take action. We need to protect the forests where these life forms call home and we can help the earth detox by funding more projects to clean up oil spills and radiation leaks with mushrooms.

Let’s continue to learn about ways in which mushrooms can help us save the world. From restoring balance in our ecosystem and in our inner systems, to the new frontier of psilocybin assisted psychotherapy for severe depression and the role of breaking the torturous cycle of cluster headaches, to immune modulation when dealing with viral invaders and cancers, and natural termite repellent properties. These discoveries continue and this list keeps growing.

Let’s join the mycelium internet and allow this kingdom’s wisdom to guide our bodies and planet back into a state of balance.

Let’s support our immune systems with these mysterious fungi.

Let’s amplify the power of mushrooms together! 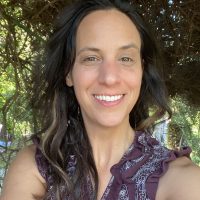 Ann Barnet is a physician, adventurer, professor, student, entrepreneur, humanitarian and most importantly a lover of nature. She practices both Hospitalist Medicine and Integ… Read full bio