How to Identify a Trauma Bond.

I chose a psychology major because of my lack of understanding—not only of the choices and the thoughts we have, which greatly influence our behavior, but more specifically the choices a traumatized or abused person makes as they stay still, freeze, and remain in their situation.

For the longest time, I couldn’t understand those who stayed. I was flippant with my views—“Why don’t they just leave?”

It was their reality I was looking to empathize with. I wanted so badly to understand the psychology behind the roles of domestic violence.

So when it came to choosing electives, I chose every available course they offered on domestic violence, intimate partner violence, trauma advocacy, dysfunctional family dynamics, and coursework geared toward the specific roles and qualities of the abuser.

Within that coursework, it became abundantly clear the resolves I was seeking were far more complex and tenuous than I could have ever anticipated.

One such concept was Traumatic Bonding Theory.

Traumatic Bonding Theory (Dutton & Painter) is the concept that abusive relationships are solidified through two key factors: the power differential and intermittent abuse.

A power differential occurs when one person in the relationship has the ability to manipulate through having power or control over the other due to an unequal distribution of a certain factor.

Monetary earnings are an excellent example of a power differential that abusers use to their advantage.

Intermittent abuse is infrequent, subtle, or severe, can be emotional, physical, verbal, or financial, and can be a combination of many several forms, or just one.

Often times, due to the intermittency, many don’t even realize they are being abused.

The power differential is used as a source of advantage and leverage. They can’t leave if they can’t afford life on their own. Therefore, having the victim become accustomed to the lifestyle provided by the perpetrator is essential.

Power differentials do not necessarily need to be finance-based.

A power differential can also be a matter of self-worth or self-esteem. If they can make you believe you are somehow less without them, then they have the upper hand. They can slowly wear you down over time through subtle slights or comments on your weight, appearance, or intelligence.

An example of a subtle attack on your self-worth that will assist in a power differential is, “You don’t seem as happy since you had the baby. Maybe if you focused on losing the weight you gained, you will feel better.” Comments like these are most effective if stated out of the blue, or unprompted. It will cause the receiver to second-guess their happiness, feel insecure, worry that others feel the same about them, and internalize feelings of shame and worthlessness.

A confidence-killing statement is key for the abuser.

A blatant attack on your worth would be the quintessential go-to for anyone out for blood. “Nobody will ever love you like I do.” This comment is similar to others you might hear, like: “Nobody could ever put up with you,” or, “If it weren’t for me, you’d be hopeless.” I once had a friend who was constantly told, “Everything you touch turns to sh*t.” Can you imagine how it must have made them feel?

Comments like these have one goal: to make you question your worth, your sanity, and eat away at your stability. They are highly effective. If you do anything in your relationships, pay attention to what is being said. The devil is in the details.

Trauma bonding is highly effective because it is a mix of subtleties and blatancy. Another reason why trauma bonding is so effective is that it is patient, manipulative, and intelligent. You were chosen because you were a source of power to draw from. And the perpetrator knows exactly how to extract your power.

Trauma bonding creates a bond over time, so it is most successful through intermittent abuse followed by the notorious “love bomb,” also called “trojan-horsing.” They bust down your door unannounced with nothing but smiles, gifts, and affection. The element of surprise is purposeful—it catches you off guard and your lack of preparation is exactly what they need to be successful.

They will keep you guessing to keep you in the game.

If you ever say to yourself, “They aren’t bad all the time.” Or, “He only hit me once,” or “Others have it far worse,” I strongly urge you to take a step back and really give your relationship another look. If you find yourself constantly wondering if you should stay, or constantly defending your partner to your friends or family, these are huge red flags and need to be addressed.

Negative attachments are extremely difficult to break free from. Get help. Get out. 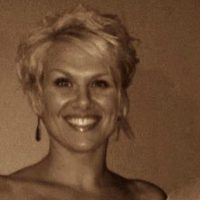 Tricia Rembold has an MS in psychology with a focus in trauma (domestic violence, CPTSD, grief, and the dysfunctional family dynamic) and forensics (law, psychometrics, and et… Read full bio