As a female in the current social climate of feminist resurgence, I recognize the dichotomy of writing on what “I think” men need.

But I’m going to do it anyway. I’ve been known to go too far, but damn if I don’t always learn something, so I will take my chances.

In the book More than A Woman, by Caitlin Moran, she discusses the challenges men face in this world—the things that prohibit them from growing and feeling fulfilled. The whole chapter is thought-provoking, plus she is clever as f*ck, so it’s also a fun read.

One of my aha moments was when she mentions that the male narrative and conditioning doesn’t include approval for regularly discussing feelings with their male friends; it struck me as sad. Like really f*cking sad. She goes on to suggest that women’s ability to consort with their besties on all matters with less fear of judgement is…a privilege.

I think she is right.

Moran talks about how men have to pay for a therapist; otherwise, they are constrained to discussing life matters with the elusive female friend whom they trust and don’t fear the judgement of. It’s an extremely limiting system.

I went for a ride with my buddy, Dave, recently. It was a great ride, and we talked about a lot of meaningful things. As he talked to me about his life, his thoughts, feelings, concerns, and the many challenges/rewards in his world, I thought about what Moran said.

I could have had this conversation with any number of other people today. Most of them women, but certainly men too. I wonder if Dave could say the same? I wonder if Dave could just call up any one of his male friends to come over and talk about all the meaningful things for the afternoon. Or he leaves that “I need you” message for his best male friend whenever his partner does something that infuriates him.

I wonder if he could compliment another man’s shoes and two weeks later, be super close, looking out for each other, with stupid amounts of empathy. I wonder if he has a list of other men he can call, just to talk over some really difficult stuff going on in his home life. I have serious doubts.

Dave isn’t the only Dave I’ve known; I’ve had great conversations with many Daves. I like to connect with people, and as a woman, I am allowed to. Nobody questions my femininity if I spend a weekend with my female friends, tits out, with one of us crying all the time. They might question my sanity, but not my femininity.

Men don’t have the same luxury. If in a group one man says, “Damn, that fresh air feels nice on my business; I like to wiggle it about and catch the breeze,” he will not be looked upon as a liberated man by his brethren. They will not likely be inspired to “rock out with their cocks out,” despite how private the location, or the rational knowledge that it would feel great.

Imagine, such a group of free-flying dudes, then progressing through conversations of goals, dreams, ex-lovers, child-rearing, and all the interconnected pieces that make up their lives. Do you think the bros will approve? Even if a man has an amazing experience hanging out in, say, a man’s group, retreat, festival, or otherwise, he knows there are plenty of men who would respond with emasculated judgement.

Men just simply do not have the same freedom to commune with each other.

It’s a feminine trait, and the idea of feminizing is really scary to them. They use it against each other like weapons.

What I think men need, the most important thing, is the ability to connect with other men—on an emotional level.

The trouble is that these masculine rules are self-imposed. They run the world; they built it this way. So to deconstruct it is going to involve some intention, bravery, openness, and willingness to disconnect their ego from the old perspectives on masculinity.

Men are smart; they know what freedom and pleasure wearing a skirt might afford them, yet they deprive themselves of it. Men are innovative; they know how to design power structures but have designed themselves right out of inherent usefulness.

Men are bold, but they remain unwilling to explore emotional relationships among their male friends. So the second thing “I think” men need is to take a page out of our book. To follow our example of pointing out the silly things that differentiate us for no real reason and say, “F*ck that.”

Talk to your male friends about your fears and hopes. You live mirrored lives in many ways. Friends who have good insight, perspective, and the potential to offer you good processing fuel are so valuable.

That’s what we have in our female friends—people who help walk us through our bullsh*t and point out bullsh*t we can’t see. We know when other women are in our corner, and we go hard for each other. Men deserve the same.

Start by asking those personal questions and lean in from a place on openness and support. This karma is a guaranteed return.

I promise you will be a better man when your perspective, reactions, and approaches to life include input from trusted sources. 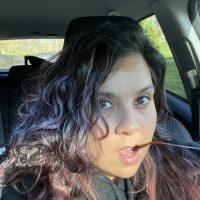 A passionate freelance writer, with a bold voice. As an Orthopedic Registered Nurse and mother of 4, she is a strong advocate for self care and the advancement of women. … Read full bio