Cultivating Stillness on the mat—Ashtanga vs. Vinyasa Yoga. 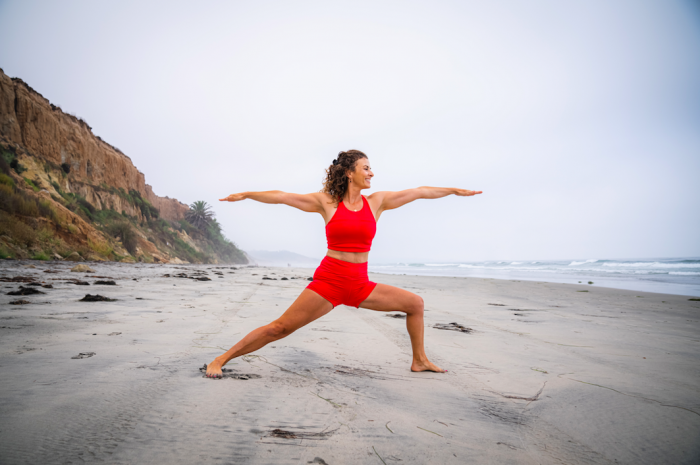 What exactly is the difference between Ashtanga and Vinyasa Yoga?

It’s a commonly asked question. To answer this question, let’s start with what the word Vinyasa means in Sanskrit.

“Vi” is the prefix of the word; it means an intensification. “Nyas” is the root and translates as “to put” or “to place.” Vinyasa then means “to place something in a special or ritualized way, or a set of actions done in a prescribed order.”

The concept of vinyasa extends well beyond the context of yoga. In India, people circumambulate temples in a ritualized set of actions that may look random to an onlooker, but their prostrations are themselves a vinyasa.

In Ashtanga Yoga, asanas are performed in a fixed sequence. Every movement, breath, and gaze is counted and prescribed. Every movement of the entire practice has a correlating inhale or exhale. There is a certain way to get into and out of each posture. Breath links all the poses together. The vinyasa in Ashtanga Yoga describes not only the order of the sequence but the specific way each posture is done and how each posture is linked to the next.

Postures are only added once proficiency is attained. The repetition actually makes postures more attainable. Anyone who has practiced will tell you, it never feels like the same practice twice.

The Ashtanga sequences are logical in ways that may require years of practice to recognize.

It’s important to note that the repetition that is built into the Ashtanga practice also means you know what’s coming next. This allows for the practitioner to have a more internal experience with practice instead of constantly wondering what the next pose is going to be or focusing too much on what the teacher is instructing.

In Ashtanga Yoga, asanas are typically done in a fixed set of sequences. In the modern context of Ashtanga Yoga, posture can be modified for each individual. Therefore, each student might have their own vinyasa that will change over time, as the person changes. Regardless, the sequence becomes sacred and special and this is the vinyasa.

It’s something that can be memorized through practice and study, which ultimately supports the cultivation of nirodhah, or stillness, on the mat.

A Vinyasa Yoga class will likely incorporate many of the same postures that are practiced in Ashtanga Yoga, but the order of the poses and often the tempo of the class changes. A teacher will lead a group class through a flow of postures, and the postures are ordered at the discretion of the teacher. There is no set sequence or specific order, in fact, you might never do the same posture, let alone the same practice twice.

Ashtanga and Vinyasa Yoga share these things in common:

>> Emphasis on the breath.

>> Transitions connect one posture to another and transitions and postures are equally important.

Ashtanga and Vinyasa Yoga differ in these ways

>> Ashtanga consists of six set sequences taught one posture at a time.

>> Vinyasa yoga does not have a set sequence and each practice could be different.

>> In Vinyasa yoga, the only thing permanent is the focus on the breath.

Jen René is a yoga teacher, author, speaker and creator of the Ashtanga Central. Jen has trained thousands of students across the globe. Jen’s belief in the healing and… Read full bio