How to be a True Leader & Anti-Bullying Advocate.

In addition to helping animals and artists, I’m an anti-bullying advocate here in the Bronx.

I know that whether it’s a friend, foe, or former lover, if someone claims something that never happened or spreads gossip to neighbors, that type of message will play tricks on people’s minds of all ages. Even if you choose to pretend it doesn’t exist, other people’s negativity leads to negativity in traumatic and other horrible ways.

I want to explain why I don’t think being an activist is meant to be rated or regarded as a competitive sport. The whole idea of activism is to help our communities, as most people are working hard to survive. All they want to do is have time for fun, family, and sanity.

I’d become disappointed with some who call themselves activists but are unavailable to talk with their constituents in need. It’s hard to recognize abuse directed against us but easier to understand when it’s against others.

Seeing cruelty to a range of underdogs, including minorities, overweight and disabled people, and those in the LGBTQ+ community motivated me to study articles about leadership, discrimination, trauma, and bullying.

I joined Toastmaster’s “Where Leaders Are Made.” I watched videos such as Bethany Wallace’s “Being a truth-teller in business,” which is about speaking up when something is legitimately wrong, much like the child’s voice in the parable, The Emperor’s New Clothes.

You were physically hit in the back and reached out to a range of community leaders for help. Some of them chose to look the other way. A female leader wrote to you a few times and asked the police to take a report. “Someone hitting you is violence,” she might state, helping you recognize how deep bullying can become. It hits home for you.

All the people in your community are on one side or another. You then meet with a female police officer who refused to take a report. This woman was not the Mayor, Governor, even the President, just a local leader. A local female leader.

The woman, who recognized the violence, was supportive within her means. She advocated for you and explained why she went to bat for you—even giving me names of police officers who could help. She answered your questions and concerns, then explained why she wasn’t in a position to help with a violent situation.

One of the important things about female leadership is we should be especially supportive of other women. In addition to the #MeToo movement, women need to be empowering other women, not disposing of them.

Leaders can help or hurt people.

Good leadership is what activists should be thinking about and applying when they deal with the public. Legitimate leaders are about leading by example and being servants to our stakeholders and constituents. Why? Because it’s called public service!

The reason why we want to empower our community is that we want to succeed. All of us can grow together. We want them to be the best—happy, healthy, strong, smart, connected, living with abundance, and without fear.

What are ways leaders can uplift and inspire our community? Listen to them and stop suppressing their voices. There are consequences—especially unhappiness and anger—with any kind of oppression and apathy. Not all people live by the motto “success as the best revenge,” nor will every human being journal away their angst.

Our jobs as leaders include being honest with ourselves about how we treat others. “Why is my constituent still reaching out to me, even though I said ‘no, I don’t want to help you’ to them?”

Again, it’s called public service. In a community, it’s the leader’s job to listen and understand and help them. That’s Communication 101. Putting down people and demeaning them is not valid leadership.

Be able to learn from your mistakes. The best response when someone tells you the truth is to thank them. It hurts to get honest with yourself when you screwed up. If you’re critiqued, thank people for their feedback, and think about it. Either use their criticism or forget it.

A leader should be a light, not a dark soul. Individuals and communities succeed when people are given connections and open ears. Don’t be so disconnected from your constituents that you can’t see when they’re hurting. Once a leader helps them heal, the community will improve. 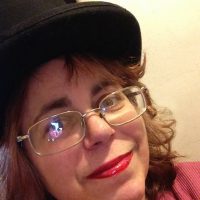 “It’s not what you know, but who you know.And if you don’t know ’em, go out and meet ’em!!!” Anne Leighton believes that artists can work within their own means by… Read full bio