The Insidious Nature of Racism can Turn even a Good Person Bad. 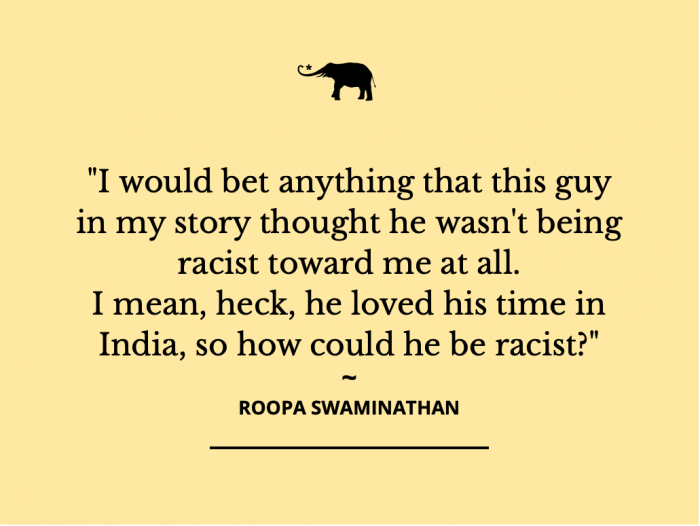 Hearted by and 16 other readers

A few years back, I lived stateside—I was getting my PhD in International Relations.

He was one of the more garrulous types, and given that he’d tossed back a few house beers by the time we met, he was more than ready to talk. So, we talked. Well, he talked, and I listened. He was at pains to tell me how much he’d loved his Indian experience.

It was a refreshing change to come across someone who did not narrate the more typical stories of their “experience of India.” Sigh. If only I had a quarter for every one of those stories about “trips to India.” Well, okay, I’d probably end up with two dollars. But you know, the typical India experience? No?

Let me enlighten you then: when folks talk to me about their trips to my home country, it almost always starts with a remorseful and contrite introspection of their time there. They don’t want to tell me how they really felt but they have to. They wouldn’t be doing justice to the whole experience if they weren’t candid with me. Not that I asked for their straight talk, but they were going to give it to me anyway.

Anyhow, it mostly starts with them describing the shock and awe they felt when they encountered the intense poverty, squalor, and the crowds (their words, not mine) for the first time ever. “And there were just so many people, Roopa.” Well, tell me something I don’t know. “It was just overwhelming.” Again, tell me about it. The last I checked, there are 1.3 billion of us. And they all have to be somewhere, no? Where better than in our own country?

Quickly, worried they might have broken my heart with their forthrightness, the apology gives way to a maniacal change of pace, and an enormous amount of ass-kissing follows. “But it was still a life-changing experience, you know?” Positives always follow the negatives. “But India is so mystical, so spiritual, so colorful, and the people are so friendly.”

And then comes the ashram—always the ashram. “And then we went to an ashram and spent some time with the gurujis amid the tranquil mountains.” It could also be the serene waters of the ocean where the ashram is located. Especially post Eat, Pray, Love, there is always an ashram involved in these “it was the most life-changing” trips to India.

But this guy was different. There was no mention of any of the above. No mention of snake charmers on pavements. No elephants or cows wandering about holding up traffic. No, this dude was based out of India’s equivalent to Silicon Valley. He spoke of India like an American would speak of the United Kingdom after visiting. He loved that Bangalore was full of smart and dynamic young people, all of whom spoke fluent English—albeit some spoke in an accent that was difficult to understand. He was in love with the “pub culture” in the city, dropped names like Koramangala, Indira Nagar, Infosys, and talked of taking weekend trips to Coorg like the locals.

It seemed too good to be true.

Over the next hour, we bonded about my then life in the United States and his three months in India. He drank a few more beers, I enjoyed a couple of virgin Bloody Marys, and we conversed about different types of wine that neither of us knew anything about and argued who was better out of Leonardo De Caprio (him) and Christian Bale (me).

To say I was taken aback is an understatement. I had no idea where that question came from. When I demurred a bit, he started to get quietly, and then loudly insistent. I figured he was one of those belligerent drunks and decided to quickly make tracks before the situation got out of hand.

It did get out of hand, because he refused to let me leave. He got steadily more confrontational, reiterating his demand that I name all of America’s presidents: “You say that your university is giving you a full and free ride to get your doctorate in the United States, so, since your PhD is in International Relations, you should be able to name every American president’s name.”

Well, of course, irony had already lost the game, set, and match that night.

Just to calm him down a little and stop folks at the bar from staring at us more than they already were, I named those who I immediately recalled: Lincoln, Roosevelt, Ford, Reagan, Kennedy, Nixon, Bush Senior, Bush Junior, Clinton, Carter, Obama, and a few more. Then I got stuck and couldn’t remember any more.

Sarcasm oozing from every pore of his being, he taunted, “So many American students apply to PhD programs and don’t get in. But you do, and you get a full, free ride—but you can’t even name all of America’s presidents verbatim.”

With hindsight, I wish I could say that this guy’s behavior came as something of a shock. The fact is, though, racist tendencies are so insidious that even otherwise decent people can become someone we, they, do not expect, or think they’re capable of.

I would bet anything that this guy in my story thought he wasn’t being racist toward me at all. I mean, heck, he loved his time in India, so how could he be racist?

For one second, I felt like a bottomless feeder. I was good enough to apply for and get admitted to a doctoral program, but some random dude in a bar in the middle of the night questioned my value and my worth just because he could.

I’ve lost count of the number of times I’ve been told, “You speak English so well, Roopa. You sound almost like an American. You’re how all minorities should be!” That’s similar to the knee-jerk responses of people who claim they are not racist because “they have Black friends,” or that “they don’t see color when they see people.”

What folks need to understand is we all need to and must see color—because it’s real. White is not the same as Brown or Black. Seeing color is not an issue. Making assumptions or discriminating because of color differences is the issue.

The guy I’d met that fateful night was waiting for my response to his latest salvo.

I replied, “You spent three months in Bangalore, right? Paid internship? You also travelled all over India. You were awed by the Taj Mahal and the love story behind it inspired you to become a romantic which lasted a full 24 hours. You went to the Gateway of India in Mumbai, had puchkas, chaat, halwa, and other street food in New Delhi, partook of the breathtaking landscapes in God’s own country, Kerala, pretended to be a maharaja-reincarnate when you walked through the breathtaking palaces in Jaipur and Udaipur. You basically loved your time in India, right?”

“Can you name the current President or Prime Minister of India?” 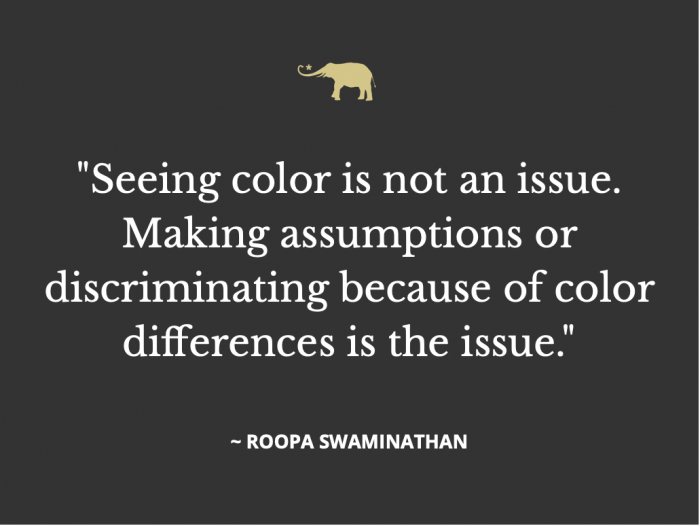 Hearted by and 15 other readers 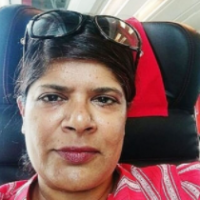