I’m a White Woman, raised in a Black City & I still have Racism within me. 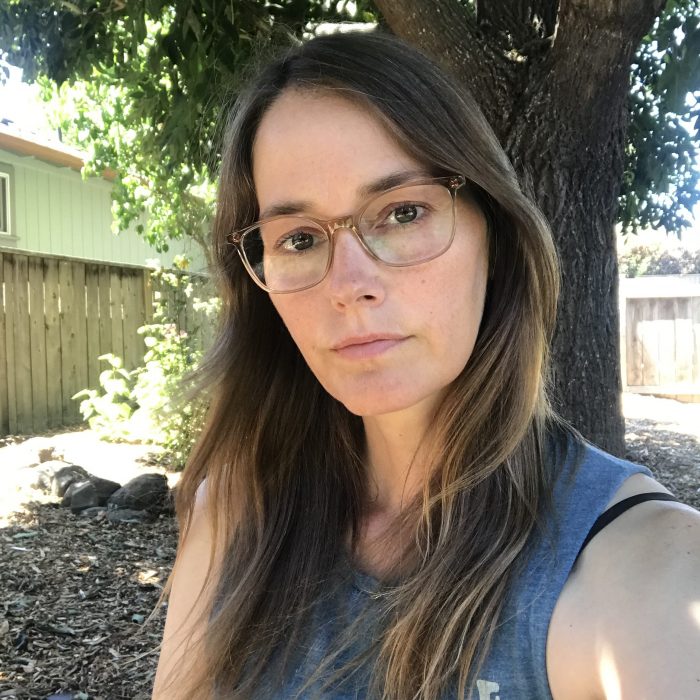 Author’s Note: When I wrote this, it was for me. Then I shared it with my Black friends. They think it’s important and should be shared to a greater audience. This is for them.

I am a white woman, raised in a Black city.

As a child, I did not attend Black cultural events. My high school was private with only two Black kids in my class. There were no Black people on the street where I lived, from the age of three to the age of 16. And yet, New Orleans is a majority-Black city.

New Orleans is a checkerboard city; white one block, Black the next. Miniature color coded neighborhoods, making up the larger wards.

I was nine when a white boy told me my legs were looking dry and ugly, “like Robert’s.” Robert was one of the only Black kids in my class.

I didn’t know exactly what these statements meant at the time, but I knew it was meant to be an insult.

Back then, the uptown Black community would come out to BBQ at The Fly in Audubon Park on Sundays. Some weekends, my friends and I would forget, and awkwardly drive the one-way loop, through crowds of Black people who looked at us with faces that seemed to say, “It’s not your park today.”

We would leave as quickly as traffic would allow. I was ashamed. Why didn’t I remember that it was theirs on Sundays? The Black square of the Audubon Park weekend.

I am a white woman, raised in a Black city, who does not know the Black experience, except for the little I saw from the sidelines.

I attended my first Second Line parade when I was 28. The man I was dating, born in New Orleans but not raised there, brought me to one. He was well-known at Second Lines, documenting the Sunday celebrations with his video camera.

He was welcomed and loved within the Black community. Immediately, I felt I did not belong. I always felt uncomfortable at Black events.

I was 30 when I married the man who brought me to my first Second Line. I moved to his house. In a Black neighborhood. I did not know many of my neighbors, aside from the white ones who lived next door.

I didn’t understand why there seemed to be such a barrier. We’re all equal now, aren’t we?

In fact, I don’t have the right to ask anything of the Black community.

New Orleans is a majority-Black city. A town of food, music, and celebration. All cultural jewels of my hometown came to be because of Black people.

I am now a 43-year-old white woman. I realize that we are not—and have never been—seen as equals. That naivete breaks my heart.

But at least now, I see.

I see how I knew, even as a small white girl, that those insults were insulting because I was being compared to Black people.

I see how my fear did nothing more that stop me from getting to know my neighbors.

I see how, as a skinny white teenager, my bias kept me from even stopping the car, in the Black-filled park, on a beautiful Sunday afternoon.

I see that, whenever I am with a person of color, I feel a quiet, yet innate feeling of shame.

I have to wonder, what quiet innate feelings a Black person has when surrounded by white people.

But, I have to understand, too, that I have little understanding.

I don’t know what it’s like to be Black and pulled over by the police.

I don’t know what it’s like to be Black and be threatened by a white woman because I asked her to put her dog on a leash.

I don’t know what it’s like to choose to work late every day, because when I try to hail a cab at 5:00 p.m., I become furious as cab after cab stops for white people, but not for me.

I don’t know what it’s like to be Black and have a white person tell me that racism does not exist anymore, as I watch yet another Black person be killed by another white police officer.

I am outraged. Outraged by the hate. By the violence. By the discrimination.

I am outraged that there is racism within me.

I am a white woman, raised in a majority-Black city, and I still have racism within me.

I am filled with stereotypes and assumptions. I may not be a hate-filled racist who wishes harm on people of color, but that shame I feel? That shame is a product of my racism.

I struggle. With how to help. How to use my voice. Or how to tell when it’s time for me to be quiet and simply listen.

Recently, I was told to amplify and be in solidarity. Amplify Black voices. Stand by them. And if at a protest, stand literally between them and the police. That’s my job: human shield.

So, I click and share posts made by Black people, offering their experiences and insights within the chaos.

I am a white woman, with racism born into my DNA.

And with love in my heart.

And with a longing for peace and equality.

And with compassion for the Black community.

I sit in my white square, thinking of my role. Thinking of all the ways in my life that I have been racist. It’s painful. But my pain is a mere drop in the sea of horrific systemic racism that has been inflicted on Black people for years, nay, centuries.

Reflecting, I now know that no white people are free from racism. It is born within us. But we do not have to pass it down.

It is taught. It can stop. We can stop it.

We can choose to set aside our own innate needs to be the hero, or the victim, or the one in the right.

I am a white woman who realizes that she has been racist, without even knowing it or intending it.

I know it now.

Now is time for me to listen and to be an ally. For me to stand with people of color. To sit in my uncomfortableness. Without running from the feelings of shame.

To lock arms with people of color, and come together for a more unified future.

Watch an anti-racism hour with Jane Elliott and Waylon Lewis. 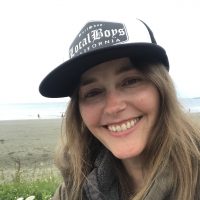 Marigny Goodyear is an artist and writer, living in Talent, Oregon with her husband and daughter. She uses creativity to break through anxiety paralysis, and plays in the ocea… Read full bio

I am Black. This is what I Need (& what I Don’t) from White Allies. Here’s how I feel as that “One Black Friend.” I’m Mixed Race but Pass for White—How can I Make a Difference? White People: Stop Saying “I’m Not Racist.”
See relevant Elephant Video