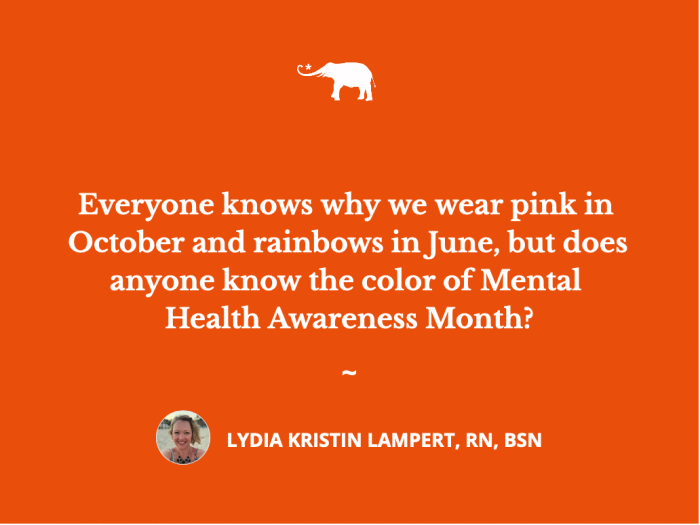 I quietly laughed on the sidelines about his pink socks looking like tights because they were so long, but really, seeing all the pink socks on the field just kind of irritated me. I know I am not going to make a lot of friends with that statement, but please, hear me out. I am so damn tired of mental health awareness dates taking a back seat to other causes! In June, PTSD awareness month was overshadowed by PRIDE. This month, it’s Breast Cancer Awareness.

One’s mental health is of utmost importance and contributes to long-term health and outcomes, including various forms of cancer! And believe me, I am not implying whatsoever that one is less important than the other. Rather, I am trying to point out the significance of mental health with regard to both headlining topics. Yet, mental health awareness does not get the lead part in any month, as far as I am aware.

As reported on National Alliance for Mental Illness’s website, the LGBTQI community has rarely been included in mental health studies, yet, as they state:

“There is strong evidence from recent research that members of this community are at a higher risk for experiencing mental health conditions—especially depression and anxiety disorders.”

Talk about the need to raise awareness about mental illness for all!

Now, I am sure I am going to piss off some people with this article, but this information needs to get out there as well, and it is just as important (if not more) than breast cancer awareness or recognizing one’s sexual identity or choices. Mental health issues often begin to develop in our youth, yet they go unidentified due to the lack of awareness, which leads to long-term consequences.

According to Massetti, Thomas, King, Ragan, and Lunsford, “Mental health problems emerged as a substantial marker of disparities in risk factors for cancer in young adulthood.”

Their study found that young adults with undiagnosed mental health issues had a higher propensity to abuse alcohol, drugs, engage in risky behaviors, and smoke, all factors that increase one’s risk for cancer. When will the world, specifically the United States, begin to acknowledge the true importance of raising awareness when it comes to its citizen’s behavioral health issues and lack of resources and knowledge to help manage the various struggles that accompany them? What is it going to take? Perhaps a review of some statistics?

Did you know that in 2020, 48,344 Americans died by suicide? And of those, 90 percent had a diagnosable mental health condition at the time of their death? No one survives suicide, yet there are over 3.5 million breast cancer survivors in the United States.

I understand that an estimated 42,170 women will die of breast cancer this year, and that’s an atrocious statistic as well. The death of any human being is not okay, and I am all for fundraising and elevating the awareness on the importance of mammograms and early detection. I truly am. One of my best friends lost her mother as a result of breast cancer and recently one of her dear friends. It’s not okay, but neither is being unable to tell me what color represents mental health awareness month or PTSD awareness month.

(To be perfectly honest, I did not even know the answer to that and had to look it up!) I knew teal was the color for PTSD and that to support suicide awareness, I could don a semicolon tattoo, but I was clueless when it came to the color for mental health awareness. After I searched, I found that it’s green, and I suffer from mental health issues! I can guarantee you a majority of the population has no idea!

I was even asked the other day, “Wasn’t it mental health awareness month last month?”

I quickly informed them that it had been Suicide Prevention Month. They all tie together, yet again, last month in the news, the focus on World Suicide Prevention Month was overshadowed by the many crises happening in our country from COVID-19 to the border! Meanwhile, we have over 50 million people in this country enduring personal crises on a daily basis.

When the f*ck is someone going to talk about this? When are sports teams going to don green socks or teal for that matter or sew a semicolon patch on their jerseys?

If mental health issues begin in our youth, don’t you think it’s important that we begin educating them about the many early signs and symptoms they should be mentioning to their parents, teachers, or doctors? Why is it okay to offer sex ed and diversity classes in middle school, yet we don’t truly educate our kids on the risks of undiagnosed mental health conditions?

According to the National Alliance on Mental Illness, 20.6 percent of United States’ adults experienced mental illness in 2019.

The need to raise mental health awareness and end the stigma that permeates our society can be further substantiated by these thought-provoking facts:

>> 19.4 million adults suffered a major depressive episode, and Major Depression is the leading cause of disability in the United States

>> 1.5 million have been diagnosed with schizophrenia

Out of everyone listed above, only 65.5 percent of them received treatment for their serious mental illnesses.

Even more troubling is that the delay between one’s onset of symptoms and treatment is 11 years. Eleven years! So, people have been struggling for over a decade before seeking help? Take, for example, my child: if he was currently experiencing symptoms quietly, he wouldn’t seek treatment until he was 24, suffering quietly through the formative years of his life? Come on!

But the most disturbing is that 55 percent of the counties in the United States of America do not have even one practicing psychiatrist. Seriously? Where are the people in those counties supposed to find help?

Enough already! Enough, I say! The mental health crisis in this country is real! There is a shortage of psychiatrists, facilities, insurance coverage, and knowledge when it comes to treating mental health conditions. Something has to give. Sooner or later, if we make our voices loud enough and don’t stop talking about it, the right person will finally hear us.

People are suffering in silence, facing the world with fake smiles—trying to fight another day. More than a designated color or a team that wears socks in mental health’s recognition, they need care.

Come on, America! Open your eyes!

No one is immune to a tragedy happening in their lives or setbacks that can cause a mental health condition. Isn’t it time mental health got the lead marquee on the billboards?

Learn more on how to help: 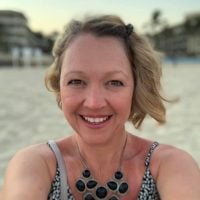