No, I’m Not F*cking Fine: a Buddhist-ish View of Anger. 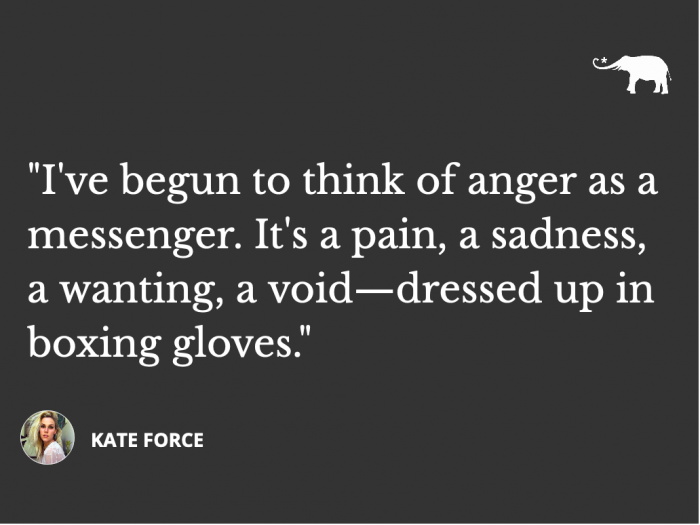 Anger is a powerful emotion.

But there are differing opinions on how to “manage” it: how can I find peace or balance in the middle of my rage? Do I need to manage it? How? Is it justified?

I’ve been in that place before: the one where your insides are crawling and tapdancing and set ablaze, when you’re lost in that horrible, almost-intoxicating shaking, on the verge of tears or smashing a wall, your phone, or that stupid f*cking door that’s just there—being a dumb door.

I’ve seen this in myself.

Anger also has many faces. It is the deceiver. The protector. The accelerator. The stifler. The burning. The emptiness. The heat. The child. The fear. The consequence. The teacher. The house for our sadness. The weapon of our pain. The tool for change.

It might look like a young kid throwing apples at houses or a rambunctious hooligan skipping class—two years after their dad passes away from alcoholism. Sometimes it’s that snarky, “sarcastic but actually mean” comment from someone who has been verbally abused by a lover.

Pretty bad and not so “Buddha-like,” huh?

Well, yes and no. I’ve begun to think of anger as a messenger. It’s a pain, a sadness, a wanting, a void—dressed up in boxing gloves. And while I don’t want to be overcome by it, if I ignore it…I’m ignoring a bigger issue.

That apple-throwing kid most likely didn’t wake up randomly one day with a penchant for hurling fruit at people’s houses. Maybe that kid hasn’t recognized that he feels alone. That he hasn’t fully digested the core of his pain—hasn’t worked through it.

Besides the Eastern World Religions course I took in junior college (and what I glean from my peers/ coworkers/mentors at Elephant Journal), I don’t know much about Buddhism. I can’t quote Pema Chödrön unless I Google her words. I am constantly learning. But one common notion I’ve cherished for many years (in my own way) and share with Buddhism is “balance.”

I believe in this. The middle. Balance.

I believe in taking it all in, the good and the bad, and finding space for every emotion. (Probably because I suck at it. Examples below. * sigh *)

When I ran cross-country in college, I trained until I injured myself. When I had a “health and wellness” blog, I never ate enough calories to support the mileage I was putting on my body. In past relationships, I either gave too much, or I gave nothing. I’m either all in (will put mental and physical and emotional health at risk), or I’m standing on the sidelines. Because if I choose to “care,” I have to win or succeed or…you get the idea.

So, it might sound ironic for me to say that “balance” has been my life mantra. I guess my view has always been somewhat complicated. I simply believe there is always a deeper “why” for our actions, reactions, or lack thereof. Someone’s “why” for being prone to shutting down/meekness often stems from the same kind of pain that the school bully suffers from.

We shouldn’t let anger rule us. Yes. But we should feel it. We should explore the middle ground of it rather than exiling it into the “that’s bad” category. It’s there to tell us something is off.

Ignoring our pain, masking it with “everything is fine,” or false positivity is just as dangerous as letting it roll over us like a tidal wave. Because everything is not fine. And we exclude ourselves from the opportunity for connection. I would also equate it to the physical pain sense we have: fire is hot; if it’s burning our skin, we need that pain signal!

I’m making friends with my anger because I don’t want it lurking beneath my skin. Because there is the option for a middle path. No blinders and no boxing gloves.

Anger is something genuine—something that can nurture us.

When we silence and hoard the pain or hunger for whatever is missing from our souls, we leave a big, open space for anger to take a chunk out of us. So, maybe we can sit with it. Let that tingle in our fingers come through, and then search for where it’s truly coming from. 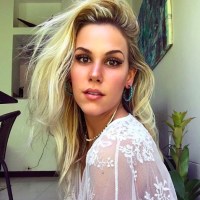