The day he Quit Alcohol, it Killed our Marriage.

I’ll never forget the day he told me he was quitting alcohol.

My heart sank. We were already having troubles in our marriage, and it needed to end.

On this day, it did, and I was scared.

Even though the drinking often got in the way of our relationship, it was what held us together.

Unfortunately, “that day” meant we were over. Life quickly turned on us, and there was no going back.

My relationship with my husband and alcohol was an enchanting one. Fifteen years ago, we found one another in the dark room of a nightclub which later became our familiar dance.

Most of our outings involved alcohol, and it was slowly tearing us apart. We didn’t know how to talk to one another, we lacked real intimacy (emotional, not sexual), but it kept me safe because I didn’t have to feel.

Once he decided to quit drinking, I was faced with a terrifying decision. Do I stay, or do I go? What does that mean for me or us? Would we stop spending time together? What would our already nonexistent conversations look like now?

I felt so many emotions that day. I was enveloped in anger, confusion, and relief. One thing I knew for sure was that I wasn’t ready to let go of my relationship with alcohol because if I did, it meant that I’d have to face my inner demons and darkest wounds. And I just wasn’t ready for that.

As time passed, our relationship grew even more distant. We became roommates. Total emptiness consumed me. Depression took over. Health issues surfaced. And I was finally forced to look at myself.

I came to a point where I could continue on the same path and finalize the ending of our relationship or change it.

I chose to change it.

Shortly after, I went on a retreat where I would begin my healing path. During this retreat, an impromptu alcohol anonymous (AA) meeting was held by the host. I remember thinking to myself, “Great, how do I get out of this now?” After two or three people spoke, something took over me—I raised my hand to talk next into the microphone. Before I could put my hand down, I spoke in front of over 75 people I barely knew and admitted that I had a problem with alcohol. Every part of my body shook, and tears ran down my face. This was the first time I had ever opened up about it.

I don’t remember everything I said until this day, but I do recall how many people thanked me for sharing my story because it sparked something within them. The relief I felt that day after speaking my truth lifted what felt like a ton of mental and emotional bricks that had been keeping me locked in shame for years. And I’m so thankful for the divine intervention that took place that day because that moment became the start of an even deeper level of inner healing and spiritual growth.

A year later, I found Kundalini yoga and then became a teacher of the practice. It became my saving grace as my marriage continued to grow even more distant. Finally, I began to let go of my need to fix the relationship, and then something interesting happened. He began to practice it too. I was lit up with excitement because we had something again. But, this time, it was much, much different.

Kundalini yoga catapulted us into our new and individual journeys. And it also began a new relationship of which we’d have to get to know.

We find ourselves in our second marriage today. A partnership where we can hold space for one another’s growth, spend hours laughing, and where we can have the deepest and toughest of conversations—a partnership free of addictions and old wounds and one where we can truly be ourselves.

The death of our first marriage was both a terrifying and amazing experience. It served as the greatest catalyst for the growth of our new relationship and the evolvement of our individual paths.

It led to the healing of my inner child and the erosion of various addictions I once called best friends. It also led me to help others with similar stories. But what do they all have in common? They are not afraid to go deep. They’re ready to heal what’s standing in their way. And they’re prepared to step into freedom by owning their power like never before.

We all deserve to heal. It may not always be the easiest of paths, heck it’s messy, but it’s possible for us all no matter our upbringing.

Freedom is always on the other side of pain. Sometimes it starts with letting go of the one thing you’re afraid of most so that you can rise to the next level of your destiny and weave your new story—the one of your dreams. 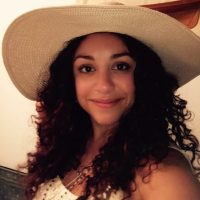