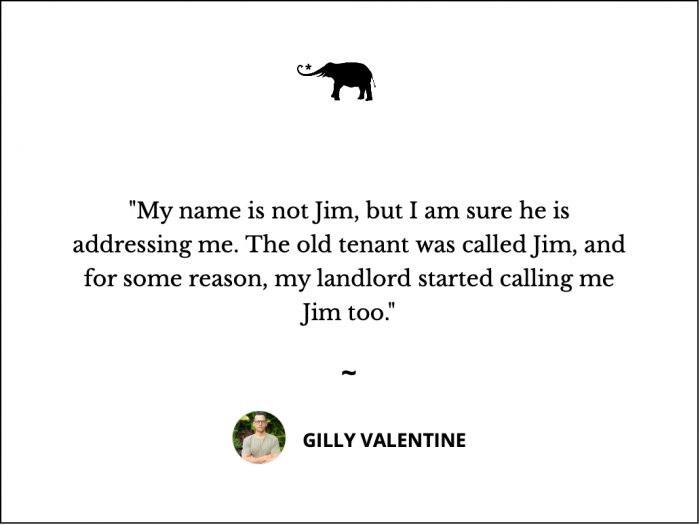 *Editor’s Note: Elephant is not your doctor or hospital. Our lawyers would say “this web site is not designed to, and should not be construed to provide medical advice, professional diagnosis, opinion, or treatment to you or any other individual, and is not intended as a substitute for medical or professional care and treatment.” But we can’t afford lawyers, and you knew all that.

“Jim, Jim.” My landlord wakes me by banging loudly on the door of my home.

My name is not Jim, but I am sure he is addressing me. The old tenant was called Jim, and for some reason, my landlord started calling me Jim too. I moved in around five months ago, and the time for correcting him has long gone, so Jim I must remain.

I wonder whether there is a connection in him calling me Jim and the Balinese people’s scarcity of first names. In Bali, the lower caste, which accounts for 95 percent of the population, are usually called one of only four names, based on their birth order.

The first child is named Wayan, the second Made, then come Nyoman and Ketut respectively. A fifth child will also be called Wayan, but the word “Balik” is added, which means “again.”

If you shout out “Wayan!” in a crowded place in Bali, you can be confident that more than 25 percent of the people will turn around. Perhaps this was my landlord Wayan’s reasoning. The previous tenant was called Jim, so probably the rest of them are called Jim too.

I, then, am Jim Balik, the second Jim to be visited upon this house, and while Jim is not my real name, it is one that I am happy to answer to.

I get out of bed and look out of the window. Outside, a farmer is sowing a new rice field. I am sometimes envious of the farmer’s connection with nature and find myself overcome with a feeling of wanting to be in the field instead of him, communing with the lush Balinese landscape and being all the better for it. However, I feel like if I lived a few days as the farmer, my envy would swiftly be removed, as he is out in the field all day every day, and it looks like pretty hard work.

I walk down the stairs and am greeted by Wayan. He meets me with his trademark permanent ear-to-ear grin. I suspect that this smile is one that he reserves mainly for me and perhaps a few other bules (foreigners), as beaming in this way all the time must get painful quickly.

I want to tell him that there is no need for him to continue this exhibition of overt friendliness, but I feel like the time for this too has passed, and this is another ritual we are bound to. Anyway, it is possible that Wayan believes it is part of his role as host to me on the island. Smile on, then, I say.

Wayan hands me a plastic bottle full of orange liquid, which verges on luminescent. He tells me that it is jamu and that I should take it for my health. I thank him and take a big gulp. The potency of the color is matched by its taste—an earthy-sweet mix of herbs, mainly turmeric and ginger, and sugar.

I feel my body responding immediately, and while I would like to believe this is the power of the herbs, I think it is more likely the diabetes-inducing amount of sugar in this imagining of the drink.

Jamu is a popular drink throughout much of Indonesia, particularly on the neighboring island of Java. It is made from a wide variety of ingredients, including roots, bark, flowers, seeds, leaves, and fruits. It has a history that extends back 1,300 years to the Mataram kingdom of Central Java, a Hindu-Buddhist civilization known for its stunning architecture. In those days, the drink was known as djampi, meaning healing.

Over time, the word morphed into the one which we know it as today. The drink has many different variants, each with a particular health aim.

>> Tightening vaginal muscles besides many more

The health benefits of jamu have been espoused by President Joko “Jokowi” Widodo. He claimed in 2015 to have enjoyed a ginger and turmeric-containing variant of the drink (much the same as Wayan presented to me) every day for 17 years to help repair a damaged liver and aid digestion.

Recently, jamu has been sold as a tonic to boost the immune system, with some jamu sellers even optimistically claiming that the drink can cure certain viruses. While I am somewhat skeptical of jamu being a cure, many of the varieties of jamu have well-documented immune-boosting properties.

Considering jamu’s bargain price at around 50 cents a bottle, combined with its tastiness, drinking a glass or two of jamu a day seems like a no-brainer to me. 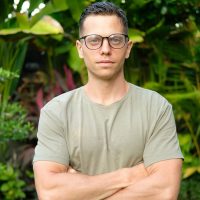 Gilly Valentine is a travel writer, lover of unorthodox fruit, and most content when on two wheels. Connect with Gilly on LinkedIn. … Read full bio