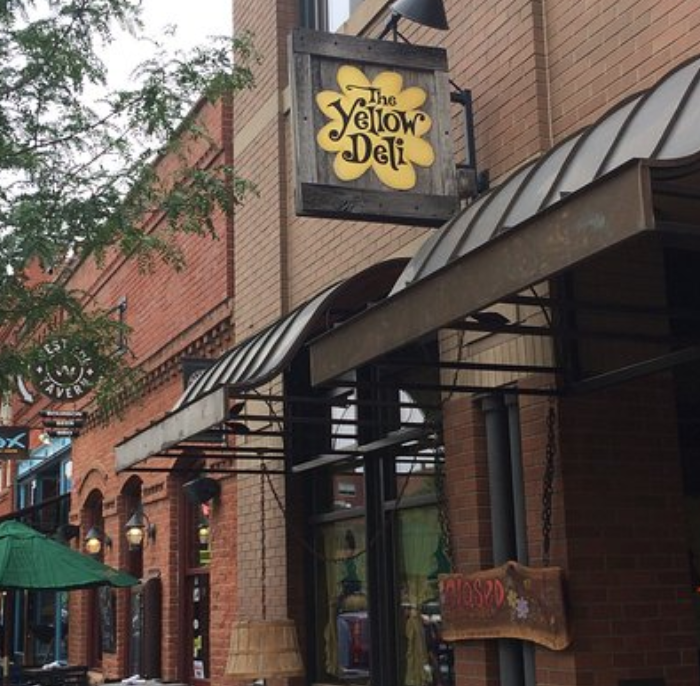 “The difference between a religion and a cult is how much real estate they own.” ~ Frank Zappa

Stop Calling all Weird Religions “Cults.” It’s rude. Learn something about them, first.

…if they’re corrupt, awful…go ahead, call ’em a cult all you want.

Abuse should be called out—based on facts, not anonymous comments based on rumors or prejudice.

And they should be held accountable based on facts.

As a lifelong Buddhist, I attempt below to

1) clarify “cult” as being more than a weird religion, but rather about abuse or corruption or oppression, and,

2), call for a focus on facts and truth, not rumors or mob mentality…which is itself cultish.

But remember: most major religions are corrupt, awful, most worldwide corporations have corrupt, awful histories…most governments have weird and corrupt and awful moments.

Cult-like behavior? See: Trumpism. So many corrupt institutions seek to suppress and use women, people of color, LGBTQ community.

It’s time for that to come to light, and end.

So if what we’re really saying is that people—human beings—can be corrupt and awful, well sure. In Buddhism, we call that Theism, hero worship, and it’s discouraged in the teachings, if not in reality.

Two spot-on comments about both helpful approach here, hopefully, and their damning history, via Facebook:

“Waylon I applaud you. I am no fan of 12 Tribes. I was in college 40 miles from where they began when they were surging in the late 80’s. They were all over Dead tour fully manipulating the most vulnerable in our community. Over 30 years of “knowing” them and I do not like them. They’re a cult. Intent and due process are very important themes to me when it comes to situations like this. The facts will come out. It was a horrific day. That being said, I’m not willing to blame this catastrophic event on anyone until the facts are learned. No one deserves that.”

“Waylon, I appreciate you making the differentiation between “weird little religion” and “cult”. However, they are exactly a cult, not a weird little religion. I know my personal experience with them attempting to get me on their bus throughout my time on Dead tour. I know many that suffered at their hands. They are not kind or loving, they use false visions of love and “family” and seek out those that may be “lost” or back in the day, “spun out”. They are a nationwide organization. They do a lot of harm.”

I saw the infamous Lynn riding her bike on Pearl Street, in Boulder. She’s a local…character. Sweet, a bit eccentric, always riding her bike (props!), always at every City Council meeting, loves to talk.

She saw me, of course stopped started talking to me. I was walking to Trident, by Yellow Deli, which is owned & run by the Twelve Tribes who are currently under magnifying glass re tragic fires may’ve started at their commune. She talked about folks calling them a cult. [there is a good deal of evidence that they are such, see links in this article].

Yeah, I said, everyone calls every weird little religion a cult. I should know, I practice and study a weird big religion, Buddhism, that gets called a cult all the time. And I’ve long reported on issues in the Shambhala community, long “before it was cool,” to the consternation and condemnation of some, and support by other various members of that community.

Then she asked if I was vaxxed. She’s wearing a mask outside, which seems a bit overkill but in the safe/responsible direction, so I cheerfully say yup! Triple-vaxxed.

She then says, well, you are more likely to get me sick than me you. That’s not true, I say, shrugging. She says, yes, you’re more likely to get sick and pass it on. I say, well, scientifically, that’s not true, and walk inside, saying, “no point in arguing!” Then once I’m in the barista says she hears rumors everyone’s talking about the Tribes fire being arson. I say, that’s quite an accusation, folks just angry, upset, want someone to blame. Would be a helluva night (115 mph winds) to start a fire intentionally, for insurance or whatever reasons. Anyways. I hope folks find out how it started, but I also hope folks don’t hate on the Tribes folks just ’cause, if it was accidental.

PS: okay, I read up on Twelve Tribes. They do apparently hold suspect views on homosexuality, and there are allegations about racism, and sexism, and perhaps around child labor. There is certainly no proof at this time that the fire started on their land (it certainly was burning early on) or, if it did, that it was intentional.

Excerpt: Boulder County Sheriff Joe Pelle on Sunday said: “We have a video of that shed burning.”

“But was it primary, was it secondary? What were the sequence of events? Those are all a lot of questions that need to be answered,” he said.

He added: “We don’t want to point the finger anywhere, because the stakes are huge. The risk to anybody from the anger in the community, the financial aspects, it’s enormous. So we’re going to move really slow and be really cautious and get the right people to help us as far as expertise.”

This article is not a defense of Twelve Tribes. I have no interest in defending them, or anyone. They should be held to account, as anyone or any community should, for abuses. This is a call not to defend them, as I explicitly state, but to better understand accusative terms before bandying them about, and to search for proof, facts, journalism, investigation…not anger mob mentality.

But I don’t love mob mentality. None of us should.

Mob mentality is, you know…kinda cultish.

This article is simply urging each of us to wait to know more, and not to take out all our sadness and grief and loss…in the form of anger. We’re better than that. The love we’ve seen in this community is too powerful. We have seen what follows grief, when it turns to violence (9/11, anyone). The aftermath is often even worse than the tragedy.

So let this be a reminder for all of us of calm, for us all to breathe. I don’t love hearing rumors around town, with so much emotion behind them. Let journalists, and investigators, find truth, and let’s go from there.

It does well to remember that a lot of cult members are victims themselves – many were taken advantage of and then brainwashed during their own vulnerable times.

With that said, fuck 12 Tribes – they’re horribly misogynistic, child abusers, racists (believe that slavery was a “great opportunity” for black people), homophobes (said that LGBTQIA+ members deserve to die), etc. All the bad things that cults often are.

I get it – I want a scapegoat for these fires as badly as everyone else does, as my husbands family home and our precious pup were lost to the fire in a horrific manner. But let’s remember that reality and people are a lot more complex than good/bad (for example, many of these cult members being victims themselves) and let’s be careful before we take our pain and sadness out on them as hatred and anger.”

“The mark of an educated mind is to be able to keep two contradictions in mind at the same time.” Something like that.

“Seeing [our Boulder area] community come together to help each other has overwhelmed my heart with faith in humanity. I don’t want to see our community undo that faith and goodness by going on a witch hunt against 12T.”