5 Signs your Prince Charming may be a Narcissistic Abuser in Disguise. 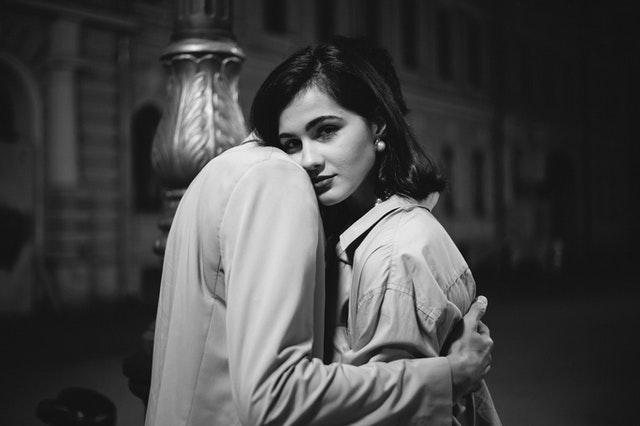 It’s always a bit disconcerting to watch our friends get involved in toxic relationships, but it reaches a whole other level when we realize that, before long, their relationship has graduated from toxic to abusive.

Many narcissists are so adept at survival they are able to take the sweetest and most trusting people (usually, but not always, women) and, by degrees, challenge their ability to make discerning choices, dismantle their belief systems, and leave them beaten and empty–exactly the way a parasite leaves a host.

I have a friend this happened to a while back and, let me tell you—this guy was good. And by good, I mean rotten to the core. My friend was always known for being intelligent, sweet, and, most of all, fairly sophisticated. All in all, not the type of person you would think of as an easy target.

From my peripheral observations of the relationship, I can only attest to the fact that this guy brought narcissism and abuse to near fictitious heights. The way he was able to sweep my friend off her feet in an almost covert way was slick, and shocking. He obtained her emotional investment and then by a process of trial and error, he began to break her down a little at a time.

Their first few dates were the stuff of John Hughes films. Romantic, fun, quirky—but not over the top. His attention to detail and attentiveness left “the competition” no chance at all. He knew she loved sushi, so he DoorDashed an elaborate sushi boat from the hottest spot in town. He knew she had a thing for gourmet chocolate, so he showed up with a box imported from Italy.

It was as if he could do no wrong.

As with many malignant issues, narcissistic abusers follow a slow progression out of necessity. Obviously, they can’t afford to turn the faucet on all at once or their mark—their partner—won’t stick around long enough for the end game to take place. So, the relationship almost always begins upon a foundation of love bombing. But it’s not just the average, everyday sort of love bombing. It’s a well-thought-out kind that’s generally tempered with a little humility, sarcasm, and self-deprecation. Again, all of this artful planning is done to make the unhealthy nature of the relationship less obvious than it is.

Straight up love bombing would come across loud and clear as a red flag. There would be no confusion. This person would seem too enthusiastic and even a little desperate. The only way something like this can be pulled off is if the right rapport is built and there is an altruistic bend to it. The victim might have a flashing thought that something is a bit abnormal, but generally not enough to put a stop to it. After all, most people love to be adored.

I am writing this for the benefit of people like my friend, and anyone who might be in a new relationship where they are starting to question their own feelings. The way these relationships work is that the narcissist will make things seem so perfect initially that gut feelings lose their clarity. In a regular garden-variety relationship, a person will heed their gut feelings and run for their lives. But in these relationships, the foundations are so pretty that we tend to overlook the top floor when it begins to sway.

Here are five early warning signs that your Prince Charming is most likely a narcissistic abuser in disguise:

Where are you going tonight? Who just texted you? Why does he like all your posts? Do you have to show cleavage in all your pictures? This kind of harassment usually, like everything else, begins passively and humorously and becomes passive aggressive and, inevitably, more dangerous as time passes. No matter how you try to justify this, it’s not normal or healthy. This is usually the first sign that you might need to reevaluate your relationship (and re-activate your Hinge profile).

2. He Hates your Friends

It’s in this kind of person’s best interest to isolate you and keep you away from any reasonable voices. Obviously, he can’t work his black magic on everyone. Sooner or later, if your friends are easily accessible, someone is going to get in your ear about how unhealthy your relationship is becoming or how dangerous this dude is. So, it is always part of the game plan to divide and conquer and “help” estrange you from your friends.

This can be utterly maddening. You find yourself having to watch everything you say and do after a while. Even though you’ve never had an issue with your words being misconstrued by friends, family, or co-workers before, now all of a sudden you find yourself wondering if you really are too harsh or ambiguous or whatever the hell he decides to call you on any given day. This is what was going on with my friend, but gaslighting has so many variations it’s best to keep an open mind and maybe check with those friends he always seems to have problems with.

This often begins as seemingly innocuous teasing and builds over time into hurtful and inexplicable words and statements. He may start with an off-handed remark about your body, or your family. But if you notice that it takes on a bit more animosity or seriousness in tone, get out while you can. These things are not apparitions; they will not just “go away.” Like everything else, his words and behaviors are warning signs.

Little by little, as the masquerade begins to fade and the disguises fall by the wayside, it will become more and more obvious that the narcissist’s needs are the only ones that seem to matter to him. He will feel entitled to be cared for in one form or another, he will perceive his “rights” as the only ones that matter, and he will react with any form of intimidation at the idea of being held accountable for anything. Once again, this can manifest in any number of ways, but do not question your instincts. Do not use the ingratiation of the past to justify the abuse of the present. When something feels wrong, trust that it is wrong.

And therein lies the crux of this whole issue: trust your gut. If you even have the slightest concern over the relationship, if you find yourself googling stuff or clicking on articles such as this one, I can almost promise that there’s already a problem.

None of these indicators show up as anomalies and disappear into the ether. If a crack starts to show through the paint, chances are it’s not the only one. It’s just a hint of the truth that’s beginning to rise to the surface. Do not—I repeat, do not—wait for things to get worse or for him to change. I’ve seen how that ends, and it’s never pretty.

If you are experiencing abuse in a relationship, or are concerned about someone who is, contact the National Domestic Violence Hotline (if you’re in the United States).