The Audacity of the Religious Right (& How we can Fight Back to Protect Reproductive Rights).

The Senate minority leader has been acting as though he didn’t set all the wheels in motion 6 years ago.

Where do we start?

Should we start with the leaked, women-hating “opinion” from Supreme Court Justice Samuel Alito or the audacity of fellow women-hating Senate Minority Leader Mitch McConnell?

Or should we start with those who refused to vote for Hillary Clinton for a myriad of reasons—none of which are good enough today since every woman in AmeriKKKa is being stripped of her personal rights?

Maybe we should start with white women, many of whom supported and still support Donald Trump?

Every single one of these people and ideas brought us to where we are today: with the real and almost certain possibility that Roe v. Wade will no longer be the law of the land.

So, thank you all.

In an interview on MSNBC’s “The ReidOut,” with Joy Reid, PBS White House reporter Yamiche Alcindor relayed a conversation she had with a conservative male protestor who has been working to close the last remaining abortion clinic in Mississippi. When she asked him what he would do if the clinic did close, he had the nerve to say that he, and those who believed like him, would push the Supreme Court to abolish same-sex marriage.

To be fair, before the Religious Right and the so-called “pro-life” advocates attack gay marriage, I’m sure they’ll find a way to make birth control illegal. And of course, there are a host of other “rights” we have become accustomed to that will be on the chopping block should “Rethuglicans“ (I mean, Republicans) gain control of the House and Senate in November. Don’t say you weren’t warned.

They will go after the federal minimum wage and healthcare, again. Trump decimated most of the federal agencies, and next time around, we will be left with nothing because the playbook is written. But let’s get back to abortions, shall we?

Every single inch of progress women have made is because we’ve controlled our reproductive choices. Whether it be access to birth control pills and IUDs, or the ability to get our tubes tied and get an abortion, the choice has been ours for 50 f*cking years. Until now.

Although I live in a blue state, we don’t have a fire-breathing, ass-kicking Attorney General, like New York’s Letitia James (who publicly announced this past week that she had an abortion almost two decades ago), so I worry that whoever our AG is will be happy to sign on to every lawsuit attempting to take away our state’s rights. Because, you know, state’s rights are only rights when Republicans are in charge.

I’m including as an example this video of Ohio Representative Jean Schmidt spouting utter bullsh*t about how abortion bans could provide a hypothetical 13-year-old rape victim with an “opportunity.” You can read more about her dangerous and ridiculous remarks here.

Ohio state Rep. Jean Schmidt called pregnancies from rape an “opportunity” for victims as she defended her anti-abortion bill. pic.twitter.com/2D3S8oBs6j

My message for those who call themselves “pro-life” is this:

Don’t tell me you’re pro-life—show me! Demand that your state fully fund education, expand Medicare and SNAP (food stamps), and increase the payout for welfare (especially with all those single mothers who will soon be losing their jobs due to unwanted pregnancies our government will force them to carry). In addition, demand that the minimum wage in your state be increased to at least $12/hour, effective immediately. If you don’t agree with these basic, human (and humanitarian) fixes to the mess you have created, please f*ck all the way off.

I won’t dig any deeper into how angry I am (although pissed the f*ck off if more like it). Or how demoralizing this feels. If you agree with me, you already know. We are all we’ve got. So, what are we going to do?

What I will do is include a list of organizations gearing up for the fight of our lifetime. Please sign up to volunteer or support at least one of these organizations, or more if you have the energy and financial ability. For those of you who are my age, who have been in this fight for decades and never thought we’d see this day, well here we are. We must help because we are still breathing and still up for this f*cking fight.

Planned Parenthood: Support nationally or your local chapter, especially if you’re in an affected state.

NARAL Pro-Choice America: Fighting for reproductive freedom for over 50 years.

73 Forward: Powered by the National Council of Jewish Women, this campaign seeks to protect the right to access abortion care through the United States.

Vote Vets: Because, make no mistake about it, vets will be directly and adversely impacted by this as well.  – Vets will be impacted adversely as well.

The Lincoln Project: Dedicated Americans protecting democracy, and working to defeat Trump-ism in all forms.

“I am so tired of people running around with a mouth full of scripture and a heart full of hate.” ~ Unknown 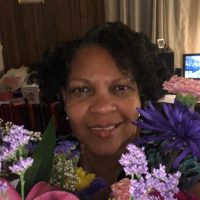