Mending my Wounds with my Father. 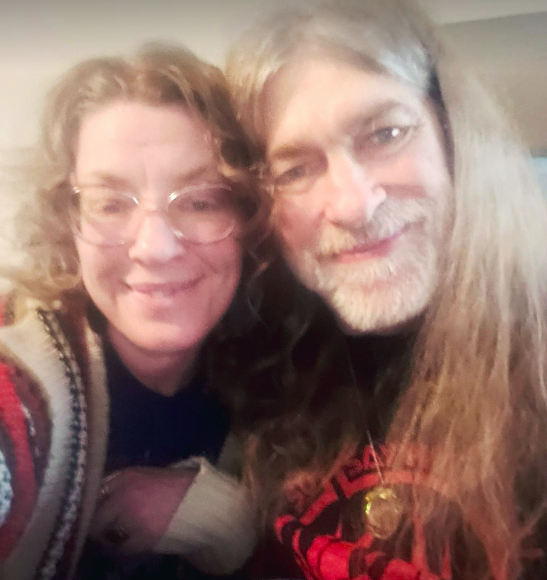 This Father’s Day, I will pick up the phone, pull up my dad’s number, and hit send.

I mean, that’s what we do on Father’s Day, right? We reach out to our dads. Only I haven’t, not in four years. I was beginning to wonder if I ever would again.

Searching my memory banks there is a surplus of information as well as sensations that, after years, have still not worked their way out of my body: Warmth. Restlessness. Happiness. Fondness. And fear.

When we are young, these people may be no less than our heroes, but as we age, we are forced to come to terms with their limitations, imperfections, and mortality.

It was a sudden coming to terms with my father’s mortality that nudged or, more accurately—flung me in his direction.

I had gone no contact at the beginning of 2018. My life had gone topsy-turvy as I ended a long-term romantic relationship, was on the edge with a friend and former business partner, and had fled the state I had been living in for 14 years to nest and heal with my mom in Montana.

It wasn’t that my dad did anything particularly awful at that time. What was different was my own capacity. I was at my wits end with behavior that I experienced as emotionally inattentive, selfish, and boorish.

I made a choice that was based on my need to protect myself and to keep me from repeating my side of a life-long pattern of being hurt, disappointed, and frustrated with my father. So on New Year’s Day, I had sent a text telling him that I did not see how I was possibly going to heal as long as we had an active relationship.

And that was that.

Nothing between us, not a call, text, or even card on special occasions for four years.

I wrote about this (as I do most things). People who I didn’t know told me that I should be the bigger person and reach out to him. People I did know told me that blood is thicker than water and you can’t just cut out your family. And then there were people who fully had my back and held my heart as I unraveled a lifetime of confusion.

Please understand: if a person gets to the point in their healing where they feel that they can no longer remain in contact with a person—especially a family member or parent—they have not come to this decision lightly. It is often after years of picking up the broken pieces of their own hearts, and often lots of time in therapy, that someone chooses to go no-contact as a boundary in order to heal.

I tried. I was the good daughter who hosted the holiday dinners and I had been in therapy for years trying to figure out how to hold myself, see my dad for who he was, and still have a relationship with him.

I just couldn’t do it.

Just because someone leaves us, be it through death or through other means, it doesn’t mean that we suddenly stop feeling their influence and impact on our life. Sometimes, it becomes more intense, more prominent.

The first time I entered into a sweat lodge (something that I resonate with as a ritual spiritual practice), I heard Spirit say to me, “It is time to heal your relationship with Father.”

The message wasn’t about mending bridges with my earthly father, though; it was about tending my wounds with the masculine component of creation, in all its forms—inner and outer.

I have hope for a good love, a healthy love, a love that will care for and protect my heart.

In the past, I chose relationships with addicts, abusers, neglecters, and downright stalkers. That last one was a doozy. Rounds of unwanted texts, gifts, and finally phone calls to the cops. The others were more nuanced tests of my own lack of structure and boundaries, something I still struggle with to this day, but I am getting better, and by better I mean: clearer and softer.

Softness in regards to boundaries may seem counterintuitive, but that is exactly what is happening to me. I was intimidated by my father. He is a big man, with a big voice, and a volatile temperament. I was physically holding my body for years in a defensive posture. That does tend to signal that a person is ready for a fight.

It was this sense of safety and softness that prompted me to first reach out to my dad again around Christmas. I was with my man and his family on vacation, and I can’t remember feeling so secure and so cared for. I had also realized that I could not feel hurt by him, my dad, anymore. So I called, texted, and got nothing back in response.

As it turned out, I could still be hurt, and I was.

Fast-forward a couple of months and I found myself mourning the loss of my dog—my best friend. So, once again, figuring I had nothing to lose at this point, I sent my dad a text about Grom dying, and low and behold, dad responded.

I felt the little girl in me swell to the surface at the chance to reconnect with my father again even as my adult self was highly cautious. We exchanged texts over the course of an afternoon as I was driving, and then again later in the week. He was curious about my life, complimentary of my writing…who the f*ck was this person?

It was a text from my mom on Mothers’ Day, however, that sent me scurrying to his side: “Your dad had a heart attack.”

Within 48 hours, I heard my father’s voice for the first time in more than four years.

As we danced around what he was referring to as his “cardiac episode,” I suddenly burst into tears and asked, “Are you okay?” He assured me that he was, but being the stubborn tender-hearted being that I am, I had thrown myself in the car to go to his side to see for myself—to look at him, to touch him, and to make sure.

And that was enough.

Did we talk about the past? No. Did he apologize? No. Did I get some great cathartic overhaul for my soul? I honestly don’t know. Nothing has changed. Yet, something is different, and what that is remains to be seen.

What I do know is that on Father’s Day this year, for the first time in four—I will be calling my dad.