Sterilization May Be Slowly Killing Us. 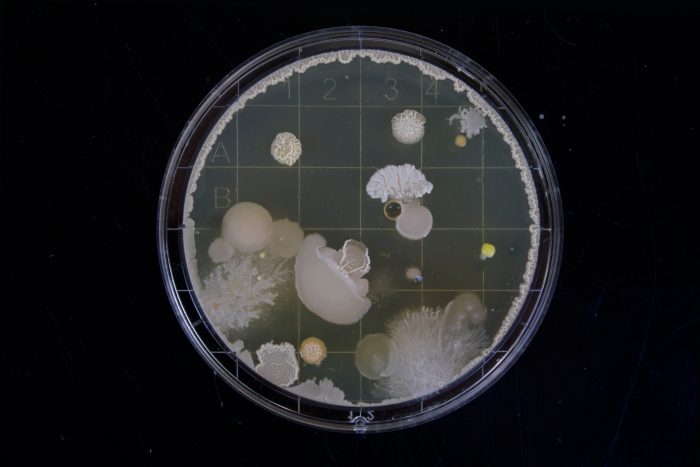 You Are Only 10 Percent Human.

Instead of antibiotics in the near future, your doctor might present you with a vial of a specific strain of good bacteria, which you are lacking, that directly targets your particular health concern. In the meantime, generally repopulating a healthy environment of benevolent bugs in your system is an important start.

With this in mind, instead of killing the bad bugs—which is the logic behind antibiotics—future medicine will focus on re-populating the beneficial bacteria, or good bugs, that have diminished in your body.

After all, doesn’t it make sense to treat the 90 percent of us—the bugs—so that they clearly and effortlessly maintain the health of the remaining 10 percent?

The trick is: how do we keep the trillions of beneficial microbes in the body alive and flourishing?

Casualties of the War on Bacteria

After years of anti-bacterial assault and our war on bacteria, many of the 10,000 possible strains of good bugs that can proliferate in the body simply do not exist anymore.

In a recent article, I talked about Sister Noella in Connecticut who made raw cheese in an ancient wooded barrel—a process that relies heavily on the activity of good bugs. When she added E. coli to her cheese to see what would happen, the good bacteria rallied and effectively wiped out the E. coli.

That is exactly what is supposed to happen in the gut. The gut—or intestinal tract—is where experts believe 80 percent of the body’s immunity lies. Thus, a good crop of diverse and healthy microbes in the gut is responsible for much, if not all, of our health and well-being.

Is Our Sterile Lifestyle Wiping Out the 90 Percent?

What is even more interesting is that these microbes replicate extremely quickly. Some can reproduce up to one million times in eight hours. So in a typical work day, they have a million babies, giving them the leverage to genetically morph and adapt to our ever changing world.

But as prolific as they are, researchers are finding that they do not proliferate well in the presence of toxins, chemicals and processed and preserved foods.

If we continue to sterilize everything and eat foods that our good bugs can’t digest, the 90 percent of us will slowly die. And as the microbial diversity within us slowing wanes, so will our health.

Bugs don’t like processed foods. For example, a modern store-bought loaf of bread can sit on your counter for two to three weeks and not go bad, while homemade bread would go bad in a day if left out. “Going bad” means that it would be attacked by bacteria that are responsible for rotting food. If a food takes forever to go bad, it means that, for some reason, bacteria are unwilling or unable to break it down. If the bugs—the 90 percent of you—won’t eat that bread, then should you?

Think about all the foods in your cupboard and fridge that hang out for months without going bad. This is an unnatural phenomenon, and your bugs just have no idea how to digest all that preserved and processed food.

Microbial diversity as the key to optimal health and longevity may be one of the most exciting theories in medicine to surface in decades. While researchers openly admit they know very little about the microbes of the human body, it is very clear that they are supporting our health and well-being, rather than us supporting them. We need them.

In one study, researchers found that being exposed to healthy gut bacteria early in life offered measurable immune support later in life in the areas of (1):

One study done way back in 1951 isolated a fungus called Aspergillus orzyae, also called Koji mold, in Japanese sake and rice wine vinegar. It turns out that this fungus manufactures an enzyme called transglucosidase that breaks down starches into a form of oligosaccharides that other microbes ingest.

So why is that important? If not broken down, the oligosaccharides that feed the gut’s microbes would otherwise remain as starches and sugar that would hit the bloodstream hard and raise blood sugar levels. Thus, studies show that transglucosidase helps to support healthy blood sugar levels and healthy weight management (2). Sake anyone?

Bugs for Your Bones

In another 2013 study published in the Journal of Cellular Physiology, researchers set out to prove the connection between digestion, the good bugs in the gut, and bone health. For years, researchers have been stumped trying to understand why bone health is an issue in the west but not in developing countries. Now, researchers have identified a bacteria called Lactobacillus reuteri that is indigenous to the human gut and supports healthy bone density. Lack of these bacteria in the gut might cause problems.

These instances and many others strongly suggest that the future of medicine may be finding the missing strain of bacteria and administering that as a way to employ a natural immune response that is way more sophisticated than we ever imagined.

The Probiotic Craze—Pros and Cons

Considering all of the above, the logical thing to do is to run out and buy some probiotics, right?

What has always disturbed me regarding probiotics is that they are transient and generally do not adhere to the gut wall. While they may have a therapeutic effect while you are taking them, if they don’t adhere to the gut wall and help your own good bacteria to proliferate, what you have is a sort of band-aid effect.

Because of this, for years I discouraged my patients from taking them, focusing instead on supporting a healthy intestinal environment needed to proliferate healthy microbes.

One microbe that does this was discovered in 1899 and is called Bifidobacterium lactis HN019, or just HN019 for short. In one study, the HN019 microbe was shown to adhere to the gut wall and be able to survive the transit through the human gastrointestinal tract (3).

My favorite study on the HN019 microbe showed that introducing it resulted in a significant increase in populations of other good gut bacteria such as bifidobacteria and lactobacilli, when tested on elderly folks over 60 (4).

This backs what researchers for the Human Microbiome Project are saying: that these bugs have an incredibly complex symbiotic relationship. Their level of symbiotic intelligence allows them to know how to feed off each other in a certain way in order to proliferate the microbes that are needed at a certain time for a certain reason. It is a level of intelligence that we simply cannot comprehend as of yet.

There is another probiotic that has also been shown to be able to safely transit the gastrointestinal tract and adhere to the gut wall. It is called Lactobacillus plantarum and is commonly found in fermented foods like sauerkraut and fermented olives (4). Lactobacillis plantarum is missing in many westerners diets and has been shown to support immune function.

What You Can Do for Your Bugs

Make it a priority to add small amounts of fermented or cultured foods to your diet regularly. A little bit on a regular basis goes a long way.

When searching out a probiotic, look for a formula that contains the strains Bifidobacterium lactis HN019 and/or Lactobacillus planetarum.

These are exciting times with regard to optimal health and longevity strategies. Understanding how to repopulate the microbiome of the human body will be at the forefront for years to come.