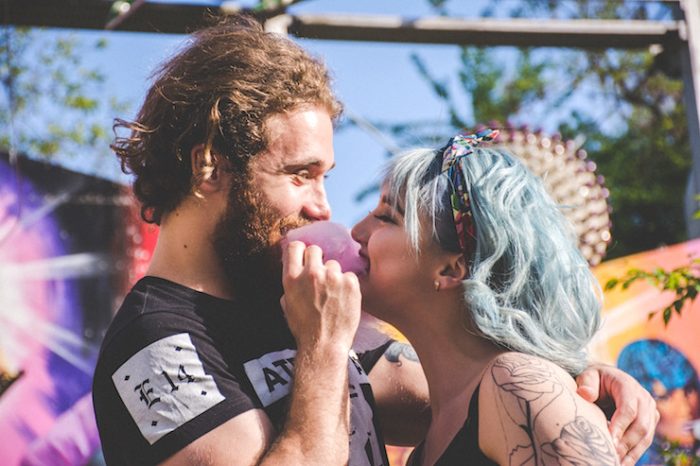 The Best Marriage Advice from a Divorced Man.

11 Ways to Maintain a Healthy Marriage.

How a Bad Marriage Saved My Life.

The first time was mercifully brief, but packed with pain, while the second is in its 10th year and is what I consider the garden in which I’ve planted my adult life.

Both marriages taught me things; here are five from my good one, and two from my bad.

1) I can agree to disagree.

I used to be the sort of person who went nuts if someone disagreed with me. I argued my point with a passion of—I hate to admit it—Sara Palin-esque determination. I wasn’t trying to be rude, (although I inevitably was) I just couldn’t fathom it when someone couldn’t see, and defer to, my point.

In fairness, if my opposer argued equally passionately and convinced me I was wrong, I would back down, but that rarely happened. And it was exhausting to everyone involved.

My good marriage taught me that multiple valid opinions can co-exist at once.

I come from a family of big grudge-holders. We stored up  grudges like chipmunks store up acorns, just to have ample supply should the need arise.

I had the good fortune to marry the most mythical of creatures; a non-grudge holder. This man not only lets stuff roll off his back, he doesn’t even feel it rolling. Once I figured out that my grudge-y silent treatment was ineffective simply because it wasn’t recognized, it was easy to let it go.

In love, when nobody is keeping score, the game is a lot more fun.

In the past, I firmly believed  that if I wasn’t perfect I wasn’t deserving of love, nor would I be able to keep a lover. This had the contrary effect of magnifying my imperfections. I was fast and loose with the truth in order to make myself look better, I always maintained a high powered electrified fence around my emotions, and I never went to bed without wearing a little make up.

It took someone else unapologetically being who they are, and being gentle with my silliness, for me to drop the facade.

This is so sad to say, because saying it means I thought I was unworthy of love, but it’s the truth. I don’t where, how or why I came up with that belief, but it was as deeply embedded as a tick in the hide of a deer.

Not only have I come to understand that I am worthy of love, I’ve come to understand that everyone is worthy of love. Every single person no matter how ordinary, plain, or boring has a flickering flame of magic inside and just needs the right person to stoke that flame, (every person except my ex-husband, but he was a sociopath so that doesn’t count).

I am reminded of that nice couple from the movie “Fargo”, the wife of which was the pregnant police officer and the husband of which was trying to design a postal stamp. The final scene in which he tells her, with disappointment, that his illustration was chosen for the one cent stamp, and her reaction of genuine excitement exemplifies to me, true love.

Like that one cent stamp, it’s the small things that reveal love. As most girls do, I had dreams of weddings and glamorous dresses, romantic proposals, bouquets of flowers and choirs singing. Okay, maybe not choirs singing, but you get the drift.

Those things are fine, but a random forehead kiss when you’re feeling cranky, a walk in the woods together, and those moments when you lock eyes for an instant and it’s like you’re reading each other’s mind are the real stuff of fairy tales.

6) Some things are more important than marriage.

I am a fiercely loyal woman, and I felt, despite constant verbal abuse, degradation, and humiliation, that I was married, so I should stay married.

The idea of being on my own, even though being with they guy I was with was so awful, seemed awful too, and breaking the commitment we had made to one another, inconceivable.

But if you make a vow, and making it systematically destroys you, it’s okay to break it. It doesn’t make you a bad person, it makes you a person who doesn’t want to be destroyed.

7) Nothing is more important than love.

Finding yourself in a love-less marriage is like finding yourself at the gates of hell. I am not saying that you should feel lovey dovey all the time (who did say that? Joe Walsh?), but you should have a sense that the love between you and your spouse is inviolable. Even during moments when you hate each other (and you will), you can still reach down a little further and find that love, and if you can’t, it might be time to re-evaluate.

If not, it’s better to hang solo—you can love yourself just as well.