The Amazing Blood Moon Tetrad & the Biblical Prediction that Follows. 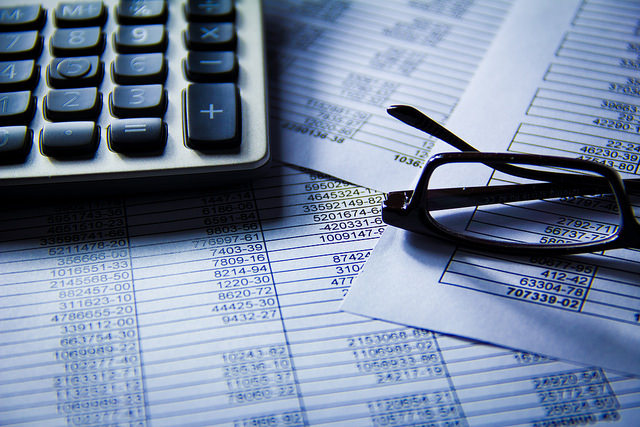 * Eleditor’s note: Elephant is a diverse community of nine million readers and hundreds of writers (you can write too!). We are reader-created. Many blogs here are experience, opinion, and not fact or The One Right Point of View. We welcome all points of view, especially when offered with more sources and less invective, more frankness and less PR. Dislike this Op-Ed or opinion? Share your own take here.

Something apocalyptic is happening in our world and affecting our lives now and into the future.

We’ve just had an unusual omen: a series of blood moons called a Tetrad, produced when a total Lunar Eclipse occurs four times in a row. Since year one to 2010 we’ve had 54 Tetrads. The years 2014-15 have produced the 55th Tetrad. Ominously, this eclipse occurs in the middle of the Shemitah Jewish Year. In the Jewish religious tradition, this is a sign of bad things to occur in the nations of the world.

What may be happening—has been foretold by Jonathan Cahn, a messianic rabbi and Bible teacher who authored the best-selling Christian book, The Harbinger. In his book, he predicted that America will come under God’s judgment in the wake of the horrendous 9/11 attacks. He states that rather than being humbled and repentant, the U.S. has continued in its unrepentant ways, citing abortion, pornography and removal of prayer as examples. (Note: My own list would include the greed of worshipping money, allowing homelessness, poverty and insufficient healthcare to exist, not taking care of God’s planet by ignoring the science that says climate change must be addressed; and an irresponsible congress that has acted selfishly—not in the interests of it citizens to solve their problems.)

Cahn discusses God’s coming judgment in his 2014 book, The Mystery of the Schemitah, saying that the Shemitah judgment year was kicked off on September 25, 2015 in accordance with the seven-year cycle that correlates with the Hebrew calendar. He says that God’s judgment will bring bad news to come. So, what is the “Shemitah” all about?

“According to the Bible, in Leviticus chapter 25, God commands his people not to plant the fields on the seventh year. This is to be a Sabbath Year to rest and honor God. During this year all debts are to be forgiven, slaves set free, the land is to rest and the economy of the land will be reduced. Shemitah Years can bring down economies, kingdoms or nations that do not follow God’s will. If the people follow God’s Laws the nation is blessed that this time; if not it, can mean bad times for a nation. In his book, “The Mystery of the Shemitah,” explains the many unique important events have happen in American history on Shemitah Years.” ~ Rabbi Jonathan Cahn

Some recent Shemitah Year Events in the 20th Century.

1973—America loses its first war to Vietnam. Nixon takes America off the Gold standard. This sets in motion the decline of the U.S. dollar.

1980—The U.S. Supreme Court bans the posting of the Ten Commandments in Public Schools. Thus God is now completely banned from our public schools in America.

2001—The World Trade Center buildings (the symbols of Americas economic strength) are destroyed by an Islamic terrorist attack. One week later Wall Street has one of its greatest collapses on the last day of the Jewish Shemitah Year.

2014-2015—In September of 2014 we start a new Shemitah Year. This happens in connection with a Tetrad of four Blood Moons which all occur on Jewish feast days. As the United States has turned away from God and endorsed many sins, it is very possible that God’s judgment will fall on America during this year of the Shemitah.

*Above list from Rabbi Jonathan Cahn’s book, The Mystery of the Shemitah.

What happens in America?

The big question is: how will this Shemitah affect us? In his book, The Mystery of the Shemitah, Cahn points out that all five great economic crashes of the past 40 years: 1973, 1980, 1987, 2001 and 2008 have occurred in Shemitah years (every 7th year). So 2015 is when we may see a major financial catastrophe in the stock markets.

Be conservative with your money. Talk to your financial advisor and make sure your investments are somewhere safe in case we have an economic crash or market meltdown.

Another possibility this year is that we will see the judgment of the Shemitah in the form of a terrorist attack or war. In his book, The Harbinger, Cahn points out that in 2001 we had the Twin Towers attack and an economic crash. Both coincided precisely with the exact end of the Shemitah year.

Pray that our government works together with the leaders of other countries and extremist groups to solve grievances and thus, avoid a horrific terrorist event or war between nations. Be proactive and write elected officials to let them know you want peace not war. Make sure to vote in the 2016 election. Be mindful.

Whether you believe in the Shemitah or not, why not learn how the planets may be affecting you now by going to FREE Transit Calculator and entering your birth date. And, if you’re curious to learn more about your personal Horoscope and what it says about your love relationships, career, investments and health in: Order your customized Report: Your Horoscope & Future in 2015-16. Or, a report on – Your Love Compatibility with another person.