When it Comes to Paris & Beirut, Do this Instead of Pointing Fingers. 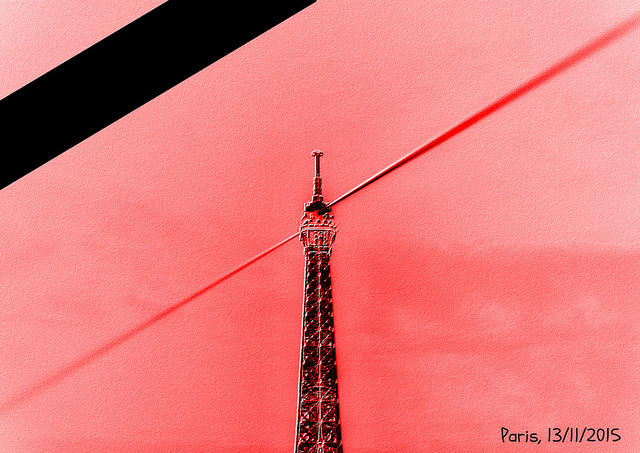 By this point, news of last week’s attacks in Paris and Beirut have gone viral.

Immediately after the attacks, I wrote about the necessity of valuing all lives because everyone in this universe matters. Today, as I read the commentary I received on my piece, I’ve observed that everyone is interpreting my perspective differently. We can agree to disagree, but I’ll offer a lens we can look through to consider last week’s events.

To start off, this is not only about Paris and Beirut.

Terror is happening everywhere in the world. In some countries, attacks are occurring every single day.

My country of Lebanon has 18 different religious sects. There have been regular attacks and bombings here for as long as I can remember, and even more consistently over the past five years.

Living in a religiously diverse country with constant conflicts has taught me a number of valuable lessons:

1. Prayer doesn’t have to be what people think it is.

As I read over the comments on my blog, I noticed that plenty of people associate prayer with religion.

I would like to present a different explanation of the word “prayer.”

Since many of us may have been raised religiously, I don’t blame those who believe that prayer means talking to God, reciting words, kneeling and waiting for a response to the prayers that have been sent.

However, from my own experience, I have learned that prayer doesn’t have to be so closely tied into religion.

Prayer can serve as an open channel of communication between us and the energy in this universe. It is a form of higher consciousness that resides within us.

When people say “Let’s pray for Beirut” or “Let’s pray for Paris,” we are basically wishing those cities peace and comfort—the same way you would wish yourself or your lover happiness.

Words are always associated with certain energy. We can choose to substitute the words “praying” or “prayer” with “wishing” or “hoping.”

2. Don’t judge people by their nationalities, or religion.

While I was backpacking in India few months ago, I had interactions with a number of foreigners. To be honest, I developed my own inner judgments of certain nationalities. The most wonderful people I became friends with are from the countries I used to judge.

It is about time to stop identifying people with where they belong. Let’s stop the labeling in this way. There are innocent people out there as much as there are terrorists.

Sadly, ignorance is blinding people nowadays to the extent of generalizing everyone. In hard times like this, we should refrain from blaming or judging. People lost their lives—this is what matters.

The story of Siddhartha Gautama can be used as a paradigm to clarify the meaning behind “open your eyes.”

The Buddha was born as a prince. His father, the king, did his best to keep his son from witnessing the miseries and suffering of the world, knowing that if he saw them, he would no longer want to become king. Therefore, he raised him in opulence, in a palace built especially for him and sheltered him from knowledge of religion and human hardship.

One day, upon venturing outside the walls of his palace, the Buddha saw a very old man and realized that all people will grow old. Then, he encountered a diseased man and a decaying corpse. When Siddhartha was overcome by these sights and realized that men grow old, become sick and eventually die, he left his kingdom and his wife and son, and went on to lead an ascetic life.

Media is playing the same role as Buddha’s father in the story. Media has constructed high walls in some countries with the nature of its coverage—so its citizens don’t see the miseries that are happening in the world. I was shocked by the messages I received from people who knew nothing about the incidents in the Middle East. They were thoroughly oblivious to what is happening globally. I hope we begin to realize that people are being shot and attacked every day in some country, which can come with more media transparency.

It could have been you taking the shot in Paris. I could have been a victim of the attacks in Beirut. Let’s look at the bigger picture of what matters here. Our life could literally end at any minute. When we see such attacks taking place in the world, we should be thankful that we’re still breathing.

Staying alive in this unfair universe has become hard to maintain. Everything you are, all what you own and everything you worked for can vanish in one second. Let’s stop taking this life for granted. We are not staying here for thousands of years; we are merely passing by for a brief visit. Thus, run after what makes you and others happy. Help and inspire others and make your visit worth staying.

There will always be wars, hunger and terror as long as the world is living in duality. The more religions there are out there, the less peace there will be. The more egos, the more wars. Uniting together as humans, despite our differences, is the only solution to save ourselves and this terror-ridden planet we live on.

People were exhilarated to find water on Mars. Their reaction to this news left me asking why such the excitement. We ruined planet earth, we created global warming, we made wars and hunger. All the miseries on this planet are here because of us. Isn’t it enough that we’ve screwed up one planet? Leave Mars alone and unite on Planet Earth first.

Writing from my hometown, I can only wish the whole world peace. It is not the time to point fingers or to compete.

Once again, let’s pray for Beirut and for all the countries the same way we’re praying for Paris.