Loneliness may Warp our Genes—Really? 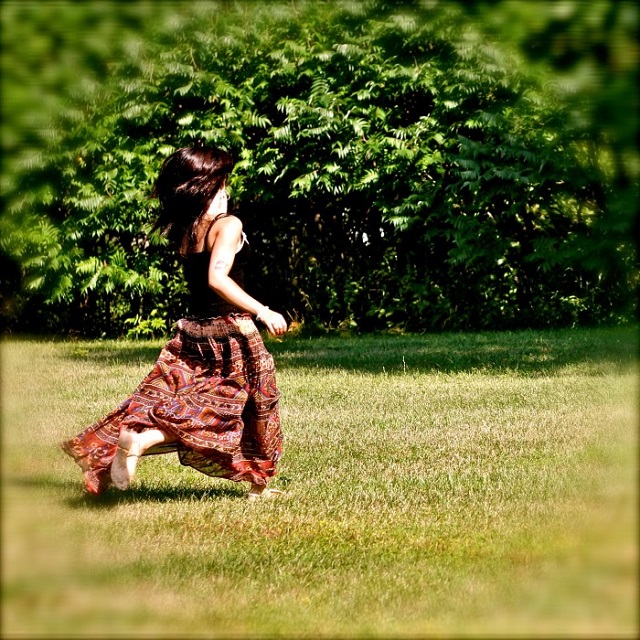 Eleditor’s note: Elephant is a diverse community of sixteen million readers and hundreds of writers (you can writetoo!). We are reader-created. Many blogs here are experience, opinion, and not fact or “The One Right Point of View.” We welcome all points of view, especially when offered with more sources and less invective, more frankness and less PR. Dislike this Op-Ed or opinion? Share your own take here.

**Warning: F-bombs and other adult language ahead!

The editors at elephant journal ask us writers to think hard about the titles we give to our pieces.

It should be catchy—but not misleading. A good title should get the readers to want more, without giving it all away. Enticing is good, but it has to be pretty darn accurate. Kind of like a first date. We’re an enlightened community here, so we avoid tabloid “stylings.”

So, having this understanding in the back of my mind, when I saw the recent NPR title, “Loneliness May Warp our Genes, and our Immune Systems,” it really affected me.

Wow. I don’t know, maybe I should call in sick tomorrow, but I don’t have a job where they would accept this kind of note—even if it did come from NPR health news.

It’s a good thing NPR waited until after Thanksgiving to publish this—public service announcement? Because until the next family holiday gathering, there’s time to beg, borrow or steal a “fake date” to take home, to shield us from those interested in and concerned about our—health.

“Loneliness has been linked to everything, from heart disease to Alzheimer’s disease. Depression is common among the lonely. Cancers tear through their bodies more rapidly, and viruses hit them harder and more frequently. In the short term, it feels like the loneliness will kill you.”

The article opens this way. It’s the most “no-B.S.” B.S. statement I’ve come across in recent memory. Can it really be reduced to this?

It’s like opening a fucking box of trail mix, loaded with all the worst things any person would fear—and being force-fed, until the box is empty. Until we don’t know if we feel better about eating it, or just downright nauseous.

It gets better—because they found a genomics researcher to back this one up, scientifically:

They traced “how lonely” the 141 “participants” felt over a period of five years—and “took blood samples to track the activity of genes involved with immunity and inflammation.”

Wow—is this the modern state of scientific research? This was funded? It’s been almost 10 years since I created my Facebook account, with 10 times more the “sample size” to pull from. Perhaps this calls for a serious reconsideration of my career options.

The same researcher goes on to say, “Loneliness really is one of the most threatening experiences we can have.”

Threatening is when someone happens to be listening to music at the Bataclan the night the Paris attacks went down.

Threatening is to have researchers scare the shit out of readers and audiences with a cherry-picked, one-sided “science.”

In the digital age we live in, hyper-connectivity is the common thread that ties us all together, and nomophobia is a real thing that spellcheck doesn’t yet recognize. This is not to sugarcoat or make light of the way that loneliness can be so crippling—but somehow, the aforementioned article strips away ownership of our own life this way.

Social isolation is lethal, or so we are told by “doctors.” Yet, in isolation, some of our best work happens.

In fact, isolation is a necessary state to be in, for many creatives, thinkers, inventors. We are forewarned that “the extra mile is a lonely place to be.” But does that stop the best of us?

Loaded with scare tactics, the article fails to address how social isolation can be leveraged to fuel amazing things—or provide counsel in the ways in which we can heal and move forward. Because the twin to loneliness, is solitude. I use metaphors, but in Hebrew, “loneliness” can be literally translated as such. So much gets lost in translation—language is a conniving thing.

What the article fails to address, is how loneliness can sculpt and develop our character and our grit, like no other agent is able to. I’m of the belief that energy is shared, and there is power in everything—power that we will find, if we dig deep enough. Power that we can harness to make bad things better—power that this article just stripped away from us. Thoreau would be rolling in his grave.

“There is nothing either good or bad, but thinking makes it so.” ~ Plato

I would like to think that there is power in loneliness. I would also like to think that those who are so acutely focused on “loneliness,” should—at least, to some degree—feel morally inclined to help those they “study,” instead of further battering them with such anxiety-inducing “facts.”

How does that serve our community? But maybe my genes are “warped” and I just don’t fucking know what I’m saying.

But scientists do. It’s part of their job description to know their shit, right?

The last thought this fine piece of scientific discovery offers, is that: “Loneliness is deep. It’s encoded in our genetics, and it’s not easy to shake.”

Well, there we have it—a final tactic to secure the fear a bit deeper—to drill our rebellious minds into backing off from trying to change anything, because “it’s encoded in our genetics.” Good time to be a therapist.

I don’t doubt that these “findings” will inspire a surge in the business of love—but let’s read poetry instead.

Listen to music, fly a kite, bake a pie, finger-paint, watch the sunrise.

Go on a yoga retreat somewhere—anywhere.

The Truth About Good Journalism.

A Reminder of Elephant’s Mission: Journalism vs. mere Blogging.