Grit: The Glue that Saved a Shattered Friendship. 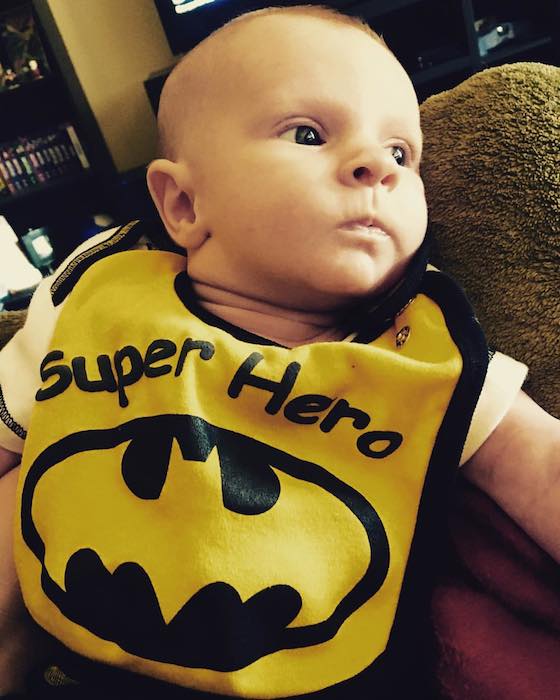 This January, my heart experienced a kind of love that I’ve never felt before.

His name is Logan, and he is this precious boy with the big smile.

When the phone rings and Logan’s little face pops up to Facetime me, my heart melts. It literally breaks open.

The crazy thing about this is, I haven’t even met Logan in person yet. He lives in Georgia, far away from me.

But I feel connected to him like he is my own. And this, I think, is why.

Logan is five months old. When he was born on September 17, 2015, he almost didn’t make it. But at that time I wasn’t aware of this, because his mother and I were not talking.

Kat has been one of my closest friends since we were 17. Our friendship has had many ups and downs. Eventually we grew past our Mean Girl drama and our love exploded. We’ve seen each other through high school, college, boyfriends, deaths, failed engagements, failed marriages, and everything in between.

We’ve also fought like nothing you have ever seen before.

Yelling, screaming, cursing. Over the phone, in person, over text, over e-mail. We have gone weeks—even months—without speaking at all.

We went through practically her entire pregnancy without speaking.

The only reason I can pinpoint for our tumultuous past, present, (and probably future, because who are we kidding, we’re good at this) is because of the raw, explosive, and searing truth that we throw at each other on a regular basis.

We hold nothing back.

Kat tells it likes it is—and sometimes I don’t want to hear it.

She knows she is making me uncomfortable.

She hears my breathing change over the phone.

She feels the silent absence on the other end of a text message.

When I try to come to my own defense, she doesn’t want to hear it. So we say awful things to each other.

In 2015, that silence lasted through the majority of the year.

Earlier the previous year, when I started sharing with Kat the depth of troubles in my married life that were plaguing me and consuming my thoughts, she did come to my defense. And more. She was my warrior when I didn’t have the strength to believe in myself.

She was there, offering the kind of love that I deserved.

In our years of friendship, she had seen me fall apart, and she helped me pick up the pieces and glue them back together. Her words served as a reminder of my inner strength, my confidence, my wit, and my sense of self that had, over the years, disappeared into the fold.

One fall morning when I was catching a flight home, I found myself crying uncontrollably in the airport at the idea of returning home to my “normal”—a normal in which my inner voice was yelling at me that something was wrong. I had been walking on eggshells around my spouse, with concerns voiced but never heard. I had been trying so hard, but it never ended well.

So I picked up the phone to call her. It was 6:15 in the morning. The only thing that could stop the tears were these words, fiercely escaping her mouth:

“You’re a firecracker.
You’re a Phoenix.
You have been burnt to the ground, and now you’ve risen.
Now fight. Go fight for yourself.”

Those words got me through the holidays. And life proceeded slowly, but a rumble of energy was building underneath the surface, like a tsunami on the rise.

And then the bottom fell out.

At some point, the burden of self-destruction—of me not being able to believe in myself and fight for the kind of marriage that I deserved—was too much for her to handle.

Our bond was so strong that my own negative self-talk and lack of self-worth were also destroying her.

Words of encouragement turned to rage—rage that I couldn’t see what she saw in me, and rage that I didn’t have the will or the capacity to say the things or take the actions that needed to be done to save myself before I withered away and accepted complacency and mediocrity for the rest of my life.

Blood-curdling screams were exchanged…and then, nothing.

As the months passed, the hardships in our lives grew alongside us. She with a troubled pregnancy, me with a troubled marriage. And the two of us were going through this without each other—not even knowing anything about the others’ difficulties.

Though I knew my battle had to be fought on my own, neither she or her baby-to-be ever escaped my thoughts.

Kat gave birth and I filed for divorce within the span of the same 10 days that September.

It killed me not to be there when Logan was born or help her through the awful circumstances after his birth. But now he is beautiful and happy and healthy and just a bundle of love waiting to be cuddled.

And for that we are thankful.

A few weeks ago, I mentioned to Kat that I wanted to write about my love for Logan—at how perplexed I was that I could feel so bizarrely connected to him. Most of my dearest and closest girlfriends from high school right now are experiencing the joy of their first babies, and I love each of them so very dearly.

So how could what I feel for Logan be so different? And why did I feel guilty because of it?

I couldn’t explain this, so I went to Kat. These are her words, not mine:

“I think a relationship in any capacity that is filled with the absolute full spectrum of emotion….from love to heartbreak…from happiness to absolute anger can cause a stronger bond like lightning striking sand….it forms glass…an incredible strong glass that yes can break, but when it does it forms another branch and grows again.”

But then why, I asked her, is our relationship so different?

It’s because of grit.

“There’s a difference between pouring out emotions to one another….and absolutely battling it out in the ring like you and I have for 16 years. You can absolutely love each other and tell each other everything, but you and I have grit…:and because of that grit you feel closer to Logan because you’ve literally been to hell and back with me. So for you he’s actually like a piece of you.”

And there it is. Grit.

Grit is courage, resolve, and strength of character. It is commitment.

The depths of grit have the capacity to form an inexplicable bond. Our grit gave way to this little human, that is a like a piece of me. My new love. 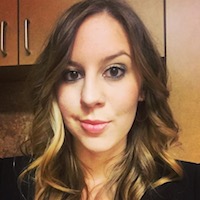