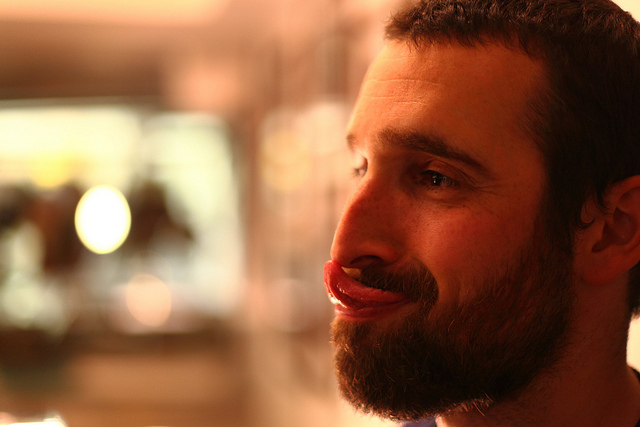 Your dentist will tell you that the primary reason for regular brushing and flossing is to prevent cavities and maintain healthy gums, but what they often don’t tell you about is the direct link between poor gum health and cardiovascular health concerns.

With more than 75 percent of adults in America having poor gum health, the motivation to maintain a healthy mouth goes way beyond cavities. (1)

In this article, I will present the three Ayurvedic steps to maintaining a healthy mouth, and thus a healthy heart. Not surprisingly, Ayurveda, now backed by some exciting science, was way ahead of its time when it came to oral hygiene.

Researchers have known for some time that the same bacteria that are found in your mouth are also found inside arteries and on the valves of the heart. (1-3) These unhealthy bacteria are thought to find their way into the bloodstream through the gums, especially when you have bleeding gums. Flossing, and even chewing, can irritate gum tissue, cause minor bleeding and open the door for bacterial exposure and access to the heart and arteries. (3)

There is plenty of evidence linking common, undesirable mouth bacteria, like Streptococcus mutans, to a host of health concerns which include arterial, heart, lung and blood sugar health. (2) The prevalence of encountering S. mutans is high compared to other oral bacteria. In one report, S. mutans was found in 69 percent of heart valve cases, and 74 percent of arterial specimens. (3)

Understanding the link between the potential pathogenic bacteria in the mouth and your overall health cannot be understated. While dentists are adamant regarding oral hygiene, few of their preventative strategies actually reduce the population of S. mutans in the mouth.

Note: These Ayurvedic techniques are in addition to regular brushing and flossing as prescribed by your dentist.

Ayurveda suggests that, every morning, you start your day by scraping your tongue. New studies on this ancient technique called Jihwa Prakshalana have linked tongue scraping to profound changes in the mouth bacteria. (4)

Tongue scraping is the simple practice of scraping your tongue before brushing your teeth. Studies have shown that this simple technique:

Beyond the benefits of oral hygiene, tongue scraping, brushing and flossing the teeth, followed by drinking a large glass of water, is a strategic way to kick-start the digestive process. By stimulating the taste buds with tongue scraping, not only is the tongue better able to perceive tastes and properly digest foods (6), this taste bud-activation also engages the lower intestines to initiate a complete bowel elimination first thing in the morning.

Traditionally, according to one of the Ayurvedic texts, the Charaka Samhita, tongue scrapers should be made of gold, silver, copper, tin or brass. Toxins (ama) would be collected on the back of the tongue that could cause obstructions in respiration and foul smell. (7)

While a gold or silver tongue scraper would be amazing, new research on the health benefits of copper make a copper tongue scraper hard to beat. Copper has been used for centuries as a bacteria-resistant metal, and new studies are confirming these ancient practices. (9-11)

Copper may be the best metal to be used for tongue scraping, as the mouth is loaded with both good and not-so-good bacteria. Copper not only seems to be detrimental to the bad bacteria, it also provides important enzymes that are needed for the healthy microbes in the mouth to survive. (9,10)

In one study, the antiseptic benefits of copper were so great that, when copper was put in hospital rooms as furnishings, the bacteria count on all of the surfaces in the rooms was significantly reduced. (11,12) Some hospitals are now incorporating copper furnishings as part of their antibacterial strategies.

How to Scrape your Tongue.

Oil pulling is the ancient, time-tested practice of swishing herbalized sesame and coconut oil in the mouth for 10 to 15 minutes daily to support healthy bacteria in the mouth. This simple technique has been shown to reduce S. mutans, support healthy gums and reduce plaque. (13-16) This is best performed after tongue scraping, brushing and flossing, and can be done while showering.

Studies show that the swishing of these oils creates a saponification or detergent effect that deters bad bacteria and plague, while supporting healthy gum tissue as a barrier against bacterial exposure to the bloodstream. (13-16)

In one study, when coconut oil was partially digested by swishing in the mouth, it enhanced its antimicrobial effects. In other words, the act of swishing oil in the mouth actually boosts its ability to protect us from undesirable bacteria, like S. mutans, entering into the bloodstream. (17)

According to a study investigating cognitive decline at the UCLA Buck Institute, good oral hygiene is one of the top 10 keys to longevity. (18) This is one of those examples where an ancient practice, which may seem silly or “trendy” by today’s standards, is making a comeback as science continues to validate this practice.

Traditionally, turmeric was cooked into a blend of coconut and sesame oil to deliver the best results.

In studies with school-aged children over a six-year period, researchers evaluated the differences in saliva samples in kids with healthy and unhealthy immune systems. Kids that were healthier had a higher concentration of a unique strain of the mouth microbe, Streptococcus salivarius. (19,20)

The mouth is loaded with microbes—some good and some not-so-good. In a healthy mouth, certain microbes play a critical role in upper respiratory health, breath smell, healthy gums and teeth, and the first immune response for the entire body. (21-24)

New studies suggest that this microbe may be responsible for addressing bad breath at its source, as well as the immune system’s first response in the mouth, sinuses, throat and middle ear. (21-24)

Here are the clinical uses of Streptococcus salivarius DSM-13084:

Streptococcus salivarius DSM-13084 has been shown to adhere to the cells of the oral cavity and populate there in significant numbers, where they support upper respiratory health. (25-27) This oral cavity strain populates naturally, using the “power in numbers” method for boosting immunity. Such numbers have been shown to produce a significant amount of several bioactive peptides called salivaricin A and B, which also support oral health and immunity. (25,26,28,29)

In one preliminary study, both children and adults demonstrated significantly improved throat, tonsil and middle ear health with Streptococcus salivarius DSM-13084 supplementation. (25,26) In another preliminary study, Streptococcus salivarius DSM-13084 positively affected the presence of Candida albicans in the oral mucosa, and may even inhibit its attachment to denture-based acrylics. (30)

When certain bacteria on the tongue and in the oral cavity break down, certain proteins in the mouth, volatile sulfur compounds (VSCs) are released that cause bad breath. In one study, 13 subjects that were supplemented with Streptococcus salivarius DSM-13084 had a substantially lower level of VSCs than did the controls. (31)

Streptococcus salivarius DSM-13084 balances the microflora of the mouth by competing with the sulfur-producing bacteria for space in the mouth. This leaves room for good, non-odorous bacteria to flourish. (31-33)

By supporting healthy microbial populations that limit the proliferation of sulfur-producing bacteria, you can get to the source of the bad breath. This is another example of how the proper balance of microbes can solve an age-old problem very simply. Again, it is all about the bugs!