How to Successfully Navigate Marriage with Someone we Hardly Know. 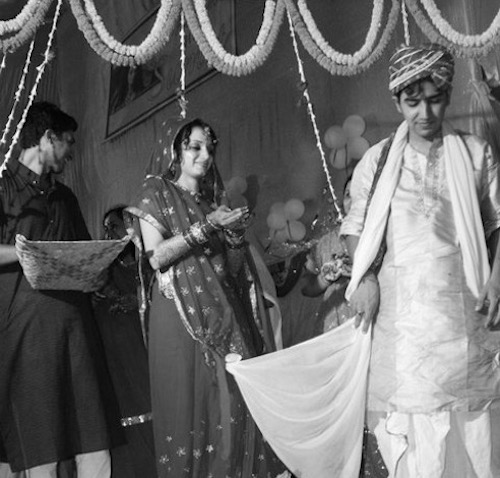 “Have you really thought about it? I mean you barely know him. Girl, you haven’t even kissed him, dammit!”

We’d met once for coffee and started talking over the phone for a week, sometimes into the wee hours of the night. I looked forward to his calls. He made me laugh. It was a roller-coaster courtship, as is the norm in arranged marriages in India.

The idea of an arranged marriage was perplexing and daunting to me and my entourage did nothing to calm my nerves. Instead, they wondered out loud the unsaid what-ifs, mostly subscribing to the fact that I didn’t know whether fireworks would celebrate our first kiss or if roses would bloom on our wedding bed on the first night.

The idea of physical sparks and romantic undercurrents is like stardust to Indian parents — it’s all vague and superfluous. The last week before my wedding day, when it was clearly too late to venture into first kisses and testing the waters, I turned to Bollywood and Indian soap operas to get some quick answers about my unexplored chemistry with my would-be.

This gave me a comically exaggerated account of what to expect on my wedding night — poetry in the air, some stolen glances, some beaming smiles, a chaste and restrained first kiss—waiting for it…oh crap, they switched off the lights! Next, I’m shown an expectant sunrise, smudged make-up, unkempt hair and carefully-carelessly thrown away clothes. Thanks man! That really helps.

What was I looking for in those trite Bollywood love-making scenes contributing to my cold feet a week before my wedding? Surely not a sex tutorial. I couldn’t gauge for myself the uncharted path of intimacy in an arranged marriage. My romantic ideals at the time varied from high-school sweethearts with synchronized breaths to miserable, love-wrecked couples, the likes of Heathcliff and Catherine, who’d rip each other apart in clothes and spirit.

So it’s natural that I asked myself questions like:

“Will our first kiss be spontaneous and wild or will it be bumbling, clumsily sealed as a rite of passage?”

“How will we move forward from mostly endearing phone conversations to sharing the same bed as a couple for life?”

“Will we talk dirty?”

I was taken away by this baffling mystery of chemistry between two strangers of the night, let alone the dim possibilities that he could turn out to be a psychopath or a wife-beater. These dark, unsaid questions loomed over me as I took my seven rotations for a long, healthy marriage.

On our first night, we were both too exhausted from pleasing our extended families with civilities to make a fresh start. So we began with holding hands. We started our relationship with waiting.

Waiting for each other to close the distance.

It was anticlimatic. Unfortunately, our first night wasn’t about echoing mumbles and finding new territories and aching bones and rapid breaths in succession. But it was about touching—skin on skin. When we held hands, it felt like we’d accidentally stumbled upon a spark that neither of us had felt before. That first night, surprisingly, keeping our clothes on felt kinkier than I’d ever imagined it to be.

After that, everything became easier. Losing pre-conceived notions, losing clothes, losing our egos…

Not quite our egos though. The first year was like Groundhog Day —we were having the same fights over and over again. At dinners, I was usually dishing out the silent treatment to my husband as a side to our favourite curry and burnt flatbreads.

Sometimes, we took our fights to bed.

But just sometimes, on good days, we’d come rescue each other out of misery at bed-time.

Both of these scenearios led to sleepless nights. But while one brought with it a state of sleeping our way to oblivion, the other brought with it a fresh start, leaving us reeling from the previous night—a longing for it to never end.

If there’s one thing we’ve learned in our marriage, it’s this.

Chances are you may not always understand each other. Or you’d get sick of being the one to understand the other. So sure, in an argument, fight passionately. By all means be a stickler for all your personal rules and things that matter to you above anyone else, even if it’s your hair-dryer.

But also, learn to close the distance. Make up. Cry. Laugh. Kiss.

Because 15 minutes after a fight, it rarely matters who gave in first.

On our anniversary in Spain, we made friends with a Franco-German girl and she was entranced by our story. She asked me, “How can you marry someone you barely know? I have known my boyfriend for four years and I still don’t know if I want to marry him!” I said to her, almost instinctively, after I’d found my own definition of chemical romance with my husband, “You don’t know if you want to marry someone, well until you just know.”

I’m still scant of words when I try to trace the left-brain triggers that were at play when we said yes to each other. Our marriage was arranged but it wasn’t forced. We were at liberty to retreat our steps for any reasons we were trusted our decision. We went forward.

We’ve been married for six years. We have a daughter—equal parts him and myself.

I realize that my love for my husband is grounding and not all-consuming and feverish. If we find each other in proximity, our hands seek each other. If we’re away for long enough, we yearn for mundane things like our morning lime water ritual or the Friday night scheduled romance, after-hours, in the backdrop of Netflix marathons, take-out food and wine.

We have our own private jokes, non-verbal cues, power tussles and pet peeves, all of the makings of a somewhat old couple. We have unknowingly glided into each other’s space, and have developed personal boundaries when we have a fight or weird spells of withdrawal.

And we continue to navigate the sea of monogamous romance.

For some time, it felt like it involved growing up and being realistic. Now, it feels like our romance is evolving into a different creature altogether.

Somewhere deep down, I’m taken back to how it all started. That fateful meeting where we put our dreams, ideologies, terms and aspirations on the table. When we exhausted 10 minutes of our conversation in passionate arguments, mostly about Sushi versus Chicken Curry.

And I think we’ve come a long way together from the time we said yes. The quirky heart emojis are here to stay. 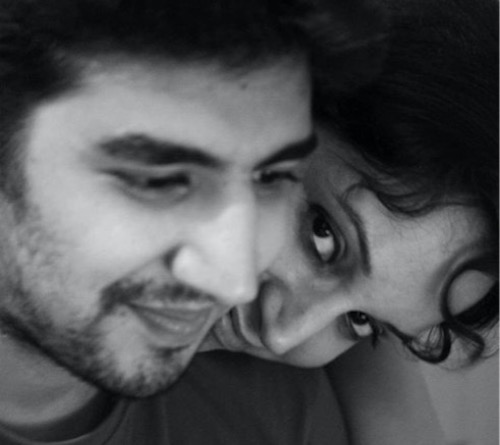 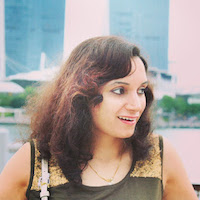