Liberals also Need to Get Over their Islamophobia. 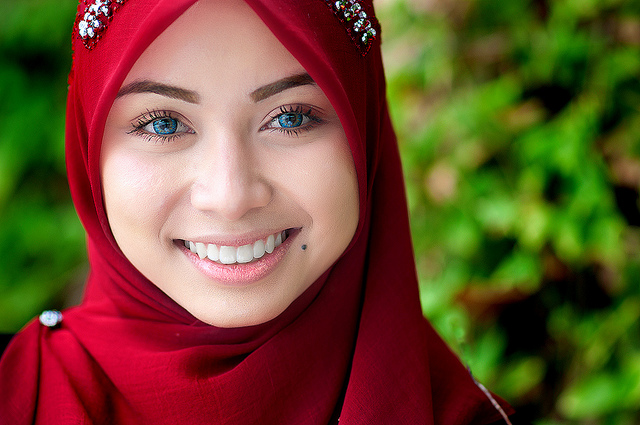 **Editor’s Note: Theo Horesh is the author of two books on globalization and frequently travels to the Middle East, where he writes on the recent breakdown of the social order.

If the reasoning behind the Muslim travel ban is that we should not allow people into our country who pose a threat to our safety and freedom because of their extremism, we would do well to let in the Muslims and exile our president instead.

Rumi is the most popular poet in the United States, as judged by book sales. But he is likely the most popular in Iran as well, where he has been revered for centuries as perhaps the most important Muslim saint. Americans tend to think of Sufism as a marginal mystic sect, but while Christian mystics have usually been persecuted in the West, Muslims tend to revere Sufi sages.

Spiritual liberals who think the love and tolerance of Rumi and Hafiz are some kind of aberration would do well to examine their prejudices. Muslims are enjoined by the Qur’an to pray five times a day, making those who take their religion seriously more accustomed to spiritual practice than probably even most Buddhists.

Media stereotypes and lazy generalizations have made Islam the most misunderstood major religion in the world today. Americans tend to think Islam is intolerant, but the Qur’an is actually the most religiously tolerant of the three Abrahamic faiths. The Qur’an enjoins believers to respect Jews and Christians, along with other “Peoples of the Book,” who believe in God. “Be they Muslims, Jews, Christians, or Sabians, those who believe in God and the last day and who do good have their reward with their Lord. They have nothing to fear and they will not sorrow.” [Qur’an 2:62]

The Qur’an is interlaced with such statements, continually reaffirming a respect for Jewish and Christian prophets and enjoining believers to emulate their examples. “We believe in Allah and that which is revealed unto us and that which was revealed unto Abraham, and Ishmael, and Isaac, and Jacob, and the tribes, and that which Moses and Jesus received, and that which the Prophets received from their Lord. We make no distinction between any of them…” [Qur’an 2:136]

Muslims the world over have continually shown a striking respect for my own idiosyncratic religious beliefs, my Buddhist meditation practices, and my Jewish heritage. Even Palestinians, who have suffered so much at the hands of Jews, almost always draw a clear distinction between the religion of Judaism and the Jewish State of Israel.

Americans tend to think that Islam enjoins believers to force their religion on others. However, the Qur’an states clearly, “There is no compulsion in religion.” [Qur’an 2:226] This is widely interpreted to mean that Muslims cannot force unbelievers to convert to their religion. But it is also interpreted to mean that religious devotion must arise from within. ISIS has been widely condemned by Islamic clerics for trying to force Yezidis and Christians to convert, and its extreme intolerance has led most to reject it as un-Islamic.

The history of Muslim civilizations exemplifies this tolerance. When Christians were busy ethnically cleansing Jews from their territories in the Middle Ages and early Modern Europe, they lived securely under Islamic empires like the Ottomans and Almoravids. They did not enjoy the kind of equality that religious and ethnic minorities would later experience in advanced democracies in the second-half of the 20th century—but neither did minorities virtually anywhere. Still, they were able to live securely, worship as they pleased, and regulate their own affairs.

Even liberal Americans tend to complain about Muslim fundamentalism, but scholars of religion point out that the fundamentalist movement, which is grounded in a literal reading of the Bible, has no equivalent in Islam. The religious historian, Karen Armstrong, notes that fundamentalism arose in America in response to the challenge of science.

According to Armstrong’s Case for God, most ancient and Medieval Christian theology is comfortable with a more ambiguous and diffuse notion of God, but Christian thinkers met the challenge of modernity with ever more definitive theological answers to scientific questions, concretizing more abstract notions of God in an effort to prove “his” existence. The effort culminated in the rise of the fundamentalist movement in the early 20th century, which insisted on reading an obviously metaphorical and allegorical Bible literally. The result was more often than not cartoonish depictions of God and a soulless religiosity.

Islamic extremism may be real enough, but it did not arise through this defense against the march of science and reason. Rather, it formed in reaction to the rapacity of secular dictators who rose to power across the Middle East following the collapse of the Ottoman Empire in the early 20th century. These autocrats and their progeny tended to be backed by Western powers throughout the Cold War. And many of them, like Saddam Hussein in Iraq and Bashar al-Assad in Syria, were irreligious and immoral, brutal and tyrannical. Most shut down the press and jailed and tortured activists, who often turned to religion in prison. Meanwhile, mosques were the only place left to safely organize the resistance, and this made clerics its natural leaders.

Americans tend to be oblivious to the fact that Al-Qaeda’s main fight was not with America per se, but rather with the  secular Arab dictators America backed. Political Islam sought to check the power of rapacious states and was for this reason often pro-democratic, as is the Muslim Brotherhood, which the Trump administration now wants to list as a terrorist organization.

But the moralistic and politicized life-and-death struggle against tyranny tended to attract extremists, who inevitably turned to jihad. And while Muslims speak of the “greater jihad” as a spiritual battle that is fought within one’s own heart, Islam also sanctions the “lesser jihad” of warfare against unjust regimes, explicated across countless Qur’anic passages.

Every religion has its shadow. Every faith may be used for good or ill. And every civilization has its time of troubles. Middle Eastern nations are now struggling through a long period of turmoil. It has its roots in the decline of the Ottoman Empire, which previously covered most of the Middle East but collapsed at the close of the First World War. The nations that formed in its wake, Lebanon and Syria, Jordan and Iraq, and a multitude of others, lacked a fixed identity. And so they turned from nationalism to pan-Arabism to Islam in an endless search for some organizing principle that would allow them to take back power from their Western-backed dictators.

Europeans and Americans would do well to remember that Islam is a lot like Christianity in that the same scriptures that inspire violence and hate are also used to inspire compassion and the justice of democratic reform. And we would do well to recall that not so long ago, we were annihilating one another in two world wars whose brutality has not been seen in Islamic societies for over half a millennium.

Further, while America just elected to the presidency a narcissistic and compulsive liar with tyrannical tendencies, Iranians recently elected a cleric who is arguably one of the most pragmatic, intelligent, and liberal presidents in the world today—even if his powers are quite circumscribed.

If the reasoning behind the Muslim travel ban is that we should not allow people into our country who pose a threat to our safety and freedom because of their extremism, we would do well to let in the Muslims and exile our president instead.

Quotations from the Qur’an have been taken from Thomas Cleary’s translation.