By Reading These 10 Books, We can Save More than just our Libraries. 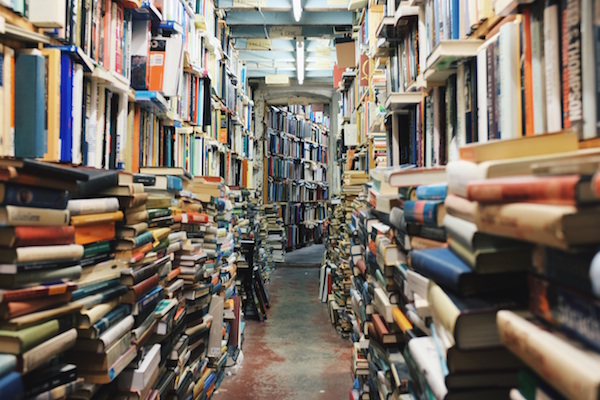 I nearly missed National Library Week with all of the other headlines requiring my attention.

Why is this week particularly important right now? President Trump’s 2018 budget seeks to eliminate the National Endowment for the Arts, which also includes the Institute of Museum and Library Services (IMLS). This means that our public libraries could be defunded within the next year. This is the time to bring attention to this issue and to #saveIMLS.

1. The Handmaid’s Tale by Margaret Atwood: This is a must-read in a political climate that is targeting women’s rights. It’s also been made into a series on Hulu.

2. 1984 by George Orwell: If you’ve heard of “alternative facts,” you need to read this chilling dystopian novel. Right now.

3. We Should All Be Feminists by Chimamanda Ngozi Adichie: The future is female. With the Women’s March on Washington and a target drawn on women’s rights by the current administration, both men and women can benefit from this keen look at why we should all identify as feminists. #ShePersisted

4. I Am Malala: The Story of the Girl Who Stood Up for Education and Was Shot by the Taliban by Malala Yousafzai: This story highlights the power of an individual to create change.

5. Night by Elie Wiesel: In light of Chechen concentration camps targeting the LGBTQ community, Wiesel’s book about his own experience in a concentration camp is a timely reminder of how important it is to bring attention to Chechnya right now. It is additionally important with recent holocaust-denial by President Trump and his press secretary. It’s important to remember that these things actually happened and could so easily happen again. Threats of a Muslim registry, a wall between countries, and a travel ban all bring to light how prevalent discrimination still is today. #GayConcentrationCamps #Chechnya

6. 13 Reasons Why by Jay Asher: This important book (and the breakout Netflix original series) bring attention to bullying, rape culture, and suicide.

Caution: Adolescents should watch this show with an adult, as there are many triggers. This can also be applied to the book, which attempts to bring attention to suicide without glorifying it for at-risk persons. #13ReasonsWhy

7. The Harry Potter Series by J. K. Rowling: If the current political climate is frightening to you, read this series if you haven’t already. Activists can identify with “Dumbledore’s Army,” and there’s so much wisdom in these stories. It can even give us a little hope that good will always triumph over evil.

8. To Kill a Mockingbird by Harper Lee: This classic is a timely reminder of the importance of standing up for one’s beliefs and of having compassion and understanding for other people. It’s also an indictment of racism in our culture, which is still relevant today. #BlackLivesMatter

9. The Man Without a Face: the Unlikely Rise of Vladimir Putin by Masha Gessen: In light of a congressional investigation into President Trump’s ties to Russia, this book is particularly important. There is evidence that several key members of Trump’s campaign had repeated contact with Russia. While other news stories attract our attention, this story in particular cannot be overlooked. #Russia

10. All the Light We Cannot See by Anthony Doerr: In a tense political climate, this book allows us to see both sides of a story. It also clearly illustrates how important it is to seek the truth and not to overlook the difficult ones that face us. There’s danger in doing so, and we also learn to see the big picture of our choices.

This is a brief list, but the books on it are increasingly relevant. It’s important to support our libraries, and we can do so simply by checking out the following books—and lending our support to this community institution, while educating ourselves on current events. It may not seem like much, but I am a firm believer that every action can make a difference.