3 Questions to ask Before you Quit Anything. 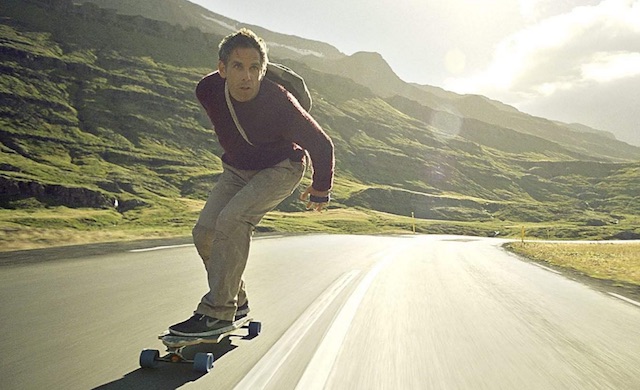 It’s been a while since I’ve seen the young boys from the foundation I started almost five years ago.

The technological dashboard I’d envisioned to check on their progress didn’t happen. We couldn’t get any of the boys accepted into the prestigious Ashesi University.

Finally, raising funds proved challenging, and since 2014, I’ve had to support the boys’ education all on my own.

Now, I find myself on autopilot (both in mind and in spirit) with the foundation. I sign cheques and grimace when there’s not enough money. Worst of all, I’ve lost my passion for the NGO. My original vision is slowly losing its fire.

The question on my mind for the past few months has been this: do I persist with the foundation, or do I quit?  Do I persevere with my vision of so many years, or abandon it like so many other idealistic goals that die because life just happens? Am I truly helping those kids, or leading them on by raising false hopes?

I’m a great student of personal growth, of which perseverance is one of the most important principles. As Maya Angelou said, “You may encounter many defeats, but you must not be defeated. In fact, it may be necessary to encounter the defeats, so you can know who you are, what you can rise from, how you can still come out of it.”

Walt Disney, a man who inspired generations to dream with his animation films, cartoon characters, and theme parks started off as a failure. He was fired in 1919 from his job because he “lacked imagination.” His first business went bankrupt, as he was unable to manage money and employees. Over 300 banks denied him help.

Yet he persisted through it all with his dream and his tremendous vision. Today, we take for granted the animations, the many inventions Walt Disney brought to us, and the influence of his life on the great entrepreneurs who followed. Just imagine how our lives would’ve been poorer if he hadn’t persisted.

Now let’s contrast Disney’s story with that of Samuel P. Langley, whom few know. Better funded, more educated, and widely acclaimed for his aviation skills, he was the clear the favourite to become the first man to fly—not the Wright brothers. But he lacked the requisite passion and persistence to pursue his goal. When he heard that the Wright brothers became the first in history to fly, he gave up, packed his bags, and never flew again.

The question thus becomes: how do we know when to quit and when not to? How do we decide when we might need to shut a door so that another one can open.

I’ve found that the three questions below almost always lead us to the final answer:

Are we merely facing some obstacles on the way to success, traversing the inevitable dips after the peaks, or have we reached a cul-de-sac where there is no way forward? Some projects, businesses, and goals naturally die or come to an end. There’s no point resuscitating them.

Almost 15 years ago, I went into a costly food distribution business. I wanted to diversify from my other company, which dealt in house finishing products. I also wanted to be known as the distributor of prestigious brands all over the country.

After 18 months, I had to pull the plug; it was haemorrhaging money. I had gotten into the project for the wrong reasons, and what little passion I had at the outset fizzled out, just like our revenue. The problems I faced were not small dips—but a real dead end.

2) Do we only feel we have to stick to the vision because we’ve put in so much already?

We’ve sacrificed so much of ourselves—invested so much time and effort—that we dare not stop and turn back. It’s like we have to finish the book even though we hate reading it. Or, we have to finish the food on our plate even though we’re already full. Or, we stay in loveless marriages because of the kids, while in reality the marriage ended long ago, and the kids know it.

I feel this way with my foundation. I’ve put so much of myself, my money, and my company’s resources into it that I’m afraid to stop. In addition, several people around me have put in a lot of their hours and passion to keep it going, and I feel I can’t let them down. I’m still unsure whether I need to pivot or abandon the foundation, but I know I have to change something.

3) Knowing what we know now, would we still embark on that project?

What if we had the power of foresight? Would we start the project again? After some days and months, the buzz of a new thing wears off, just as the excitement of a new relationship fades, and we become truly objective. What remains is the essence. The real why. How many people have you watched get so excited about something, only to abandon it after a few months because their reason for starting wasn’t genuine.

Four years ago, I went to San Diego and got certified by Brian Tracy as a business coach. I paid a huge sum to become a regional representative for his coaching franchise. However, try as I might, I found myself not only losing interest—but hating my coaching sessions.

Business coaching was not for me. In hindsight, I shouldn’t have gotten certified. I did so only because of my thirst for personal growth and my passion for spreading my learnings. However, I’ve since found that my best medium is writing and blogging.

As I ponder these three questions, journal, and explore my instincts about the foundation, I find myself going to its website and reading the mission:

“Our mission is to care for underprivileged children and empower them through education and personal growth. We are here because of our undying love for humanity.”

I haven’t lost my energy or passion for serving those young boys who are less fortunate than most, but maybe I need to tweak how I do so. My vision was correct; it holds true for me today. In hindsight, I would still do it again.

Now and then, when we feel our fire dimming, we might evaluate our pursuit of our goal, project, or vision. But let’s do so with those three questions in mind and think carefully before we quit—or persist.