Buddhism for the Brokenhearted. 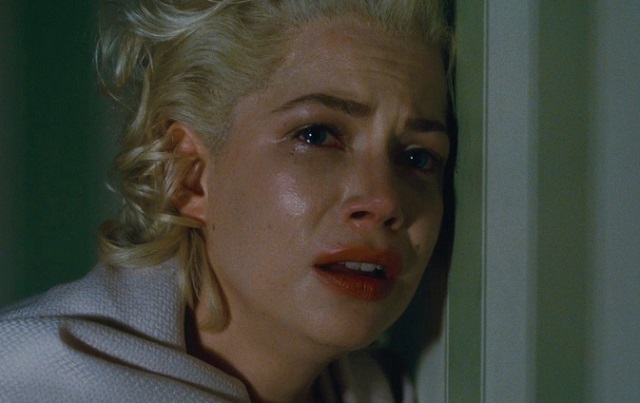 The fullness of her breasts, the sweet little freckles on her cheeks and her flashing smile enraptured me the moment I pulled into her driveway.

Unfortunately, I was not there to pick her up for a hot date, I was there to pick up my two and four-year-old daughters. As a matter of fact, everything between her and I, except for the child support, was over.

On that particular morning, the current situation had given me pause. Did I make the right decision? Should we have tried counseling? Am I ever going to find anyone that I am so attracted to ever again? These were the unfruitful musings I was entertaining as we were loading the children into their car seats.

Gloria, my four-year-old, mentioned mommy’s “friend” who had been there yesterday and apparently would be coming over again shortly. Those were exactly the right words to send me into a different dimension.

The world seemed to whoosh into a deafening silence and I was reeling from the psychic equivalent of biting on an ice cube with an exposed nerve in my tooth. The thought of her sharing intimate moments with another man was almost too much for me to bear, and eventually led me to seek out the solace afforded all of us by the Four Noble Truths of Buddhism.

These tenets are close to being 2,500 years old but are still as pertinent today as they were when they were written:

The first Truth: suffering is a natural part of being alive.

You can not expect to go through life without some degree of suffering. It is when you perceive your pain as unique or some kind of hideous anomaly that only you have been subjected to, that it goes from being simply painful, to downright unbearable.

We in the Western world might have a little more difficulty with this reality than people do elsewhere because we don’t, as a whole, experience too much hardship. Most of us live in a world where if we want cantaloupe in January, we just take our Honda to the store and get it.

In other parts of the world, the thought of your former lover kissing somebody else, as being the worst thought you could imagine, is laughable. But this brings us very neatly to the second truth…

The second Truth: the cause of suffering is attachment and desire.

In my case, I walked away from a situation that seemed untenable at a certain point. Unfortunately, when I walked away from that reality, I also left a person. The fact that she did not become less aesthetically pleasing, and in some sense more desirable because she was no longer in my life, heightened this concupiscence.

Buddha taught that this was quite normal, and by trying to deny desire, one would almost be attempting to deny life itself. The crux of the teaching laid in one’s ability to temper their attachment and to know when it was time to move forward.

The third Truth: it is entirely possible to reach an end to suffering and this is what is known as Nirvana.

This truth has long been considered one of the most positive attributes of Buddhism. When we lose laziness of the spirit, or when we train our psyche, we can arrive at this place.

As the Dalai Lama once said, “Just as heat displaces cold, light eliminates darkness. We will not overcome suffering just by making prayers or engaging in thoughtless meditation, but by understanding reality. The third noble truth, cessation, refers to the elimination of suffering and the way to it is the path of the fourth noble truth. The ultimate method to overcome ignorance is wisdom understanding reality.”

Okay, so what is this eightfold path, this set of instructions that is going to help me transcend my suffering and become the father I long to be, and stop being the ex-husband I disdain?

The fourth Noble Truth lies in The Eightfold Path:

1. Correct thought. This refers to following the way of the Buddha.
2. Correct speech. Don’t talk a bunch of crap about your ex—or anyone for that matter.
3. Correct actions. Don’t be a lecherous jerk.
4. Correct livelihood. Don’t do anything that requires you to kill animals or violate anyone.
5. Correct understanding. Embrace these four noble truths.
6. Correct effort. Keep your thoughts free of negative garbage.
7. Correct mindfulness. Be diligently aware of the activities of your body, mind, and spirit.
8. Correct concentration. Replace those feelings of wanton lust, restlessness, and worry, with joy and happiness, through meditation.

If all of this sounds “easier said than done,” I will not disagree. But, it is truly my contention that any horrific divorce can be made a lot less traumatic when the way of the Buddha becomes our method.

Steps six, seven, and eight of the eightfold path rely heavily upon meditation and that cannot be a bad thing. You can begin slowly by trying to quiet the noise in your head and sit silently for a five-minute interval.

If you find yourself beginning to fixate on any one thought, let it go and try to visualize a white thread that you follow to the outer reaches of the universe. After a week or so, try increasing this exercise to ten minutes.

Before long you might notice a change in your entire aura, and it is at this point that you may begin attracting new and wonderful things back into your life.

At the very least, you can be sure you will begin to dispel the undesirable things, and be well on your way out of suffering.