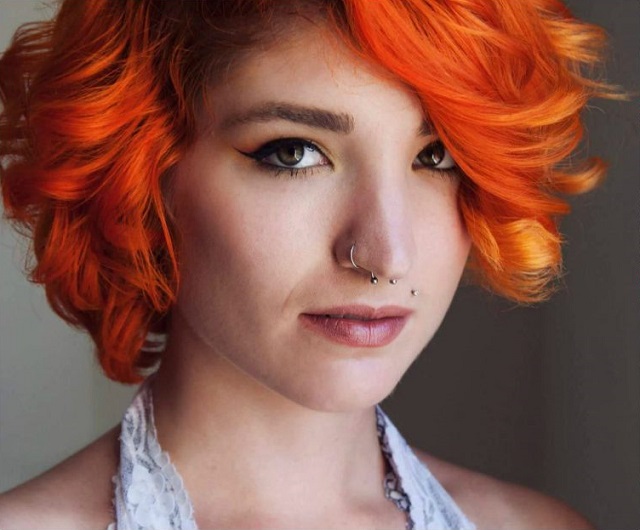 I’m a writer. (You might have guessed that by the fact that you are currently in the process of reading my writing.)

I think that words have power. I think that the specific words that you choose to use have influence over the ways in which the idea that you are trying to convey is interpreted.

Different words have different meanings to different people—even if, at the end of day, these words essentially mean the same thing. That is why I think that words are very important.

For example, let’s say that someone walks into a room and says, “Look at all these women in here!” Hearing this sentence, my assumption would be that there are a lot of adult females occupying space within this room—and for one reason or another, I am supposed to gaze upon them. Maybe they’re attractive. Maybe they’re breaking a world record. Maybe they’re in the middle of a gruesome murder. I don’t know, but I’m supposed to look at them.

Now, let’s change this sentence, only slightly: “Look at all these girls in here!” Hearing this sentence, my assumption changes mostly in the way that I view the people occupying this space. No longer are they adult females, but juvenile females, or at least youthful—and so, my reasoning for looking at them changes slightly as well.

Now, let’s change this sentence once more, so that it essentially means the same thing, but it’s slightly more “slangy” and a little bit less polite: “Look at all this pussy in here!”

Once again, my assumption on what I’m supposed to be imagining changes. No longer do I see people occupying this space, adult or juvenile; I see vaginas. I see a great, big group of vaginas with legs, sitting on couches, talking with other vaginas, sharing the most recent vagina gossip. Just, you know, doing their vagina thing, whatever that might be.

Now, why am I talking about this? What does any of this matter?

Well, the reason why I’m saying this is because I have actually heard people use the word “pussy” as a synonym for “woman,” and this pisses me off.

I hate it. It makes me picture great, big, walking vaginas instead of people—and maybe, this wouldn’t bug me so much if the objectification of women wasn’t quite so common as it is.

There is a brand of objectification that is used frequently in advertising called dismemberment, which is pretty similar to what it sounds like: focusing solely upon a single body part of a woman, especially with the intention of making that specific body part look alluring.

The obvious problem with that is it forces the brain to not even really think of that as a person. It’s just an ass. It doesn’t have a family. It doesn’t think or dream or want anything. It’s an ass. It looks nice, and if you’re into female asses, then it’s alluring…and that’s about it.

The same thing happens when you refer to women as “pussy.” You reduce them to nothing more than genitals, albeit you do it through a different medium. The picture dehumanizes women, because it doesn’t visually show you any more of the woman in question, whereas, the phrase dehumanizes women because it doesn’t make any mention of the woman in question.

Language holds a lot of power. The words we use toward women influence the way we think about women. And if our language reduces them to nothing more than vaginas, then we begin to think of women as nothing more than vaginas. Which is, quite obviously, not okay—because women are, quite obviously, people. They do things. They want things. They aspire, and dream, and work, and feel, and cry, and laugh, and so on.

And if you need evidence that some people have begun to think of women as nothing more than vaginas, then look no further than the fact that one of the responses to the creation of female sex robots (yes, this is becoming a thing) is that these robots will “replace women”—despite the fact that they don’t reason, or think, or have emotions, or do anything more than have sex with you. But, really…what else do women do, am I right?

So, let’s stop using the word “pussy” as a synonym for “woman,” because it isn’t.

Pussy is a synonym for vagina, a biological organ that cis-women and some trans-men have. Women are much more than that, and it is objectifying and belittling to refer to them as any less. I mean, really, think about it—it would be quite odd to enter a room full of men and say, “Look at all these testicles in here!”