The Rise of the Cry-Bully.

You have probably witnessed or even encountered a cry-bully in your life, but perhaps just never had a name for it.

A cry-bully is someone who engages in intimidation, harassment, or other abusive behavior while claiming to be a victim.

They use perceived righteousness as a pretext to abuse others, and then play the sufferer when confronted about the abuse they were dishing out.

Teachers are probably the first witnesses to the evolving cry-bully: the young child that has learned bullying behaviors and acts out by hitting other children, until someone finally chooses not to put up with it and retaliates. The bully then cries, “They hit me!”

But this behavior is not isolated to schoolyards. No, indeed we are seeing it within our communities—not only from children, but from fully-grown adults. It is not isolated to men or women, nor a certain age, socio-economic status or ethnicity.

A video surfaced last month on social media of a white woman at a walk-in clinic verbally abusing a doctor, asking instead to see a doctor who wasn’t “brown skinned.” Her racially-charged comments were captured on video as the dramatic waiting room scene escalated.

She shouted until other patients stepped in to confront her. The woman, with her child quietly observing her drama, then declared that she was getting picked on and how difficult it was being a white person in this country.

The oppressor claiming to be oppressed.

This type of cry-bully behavior is even visible in the high-profile arena of politics.

Last year, as the Canadian House of Commons was preparing for an important vote, the members of all three political parties were asked to be seated.

Two members of the New Democratic Party (N.D.P.) caucus physically blocked the path of a senior member of the Conservative Party. As the Conservative Member of Parliament (M.P.) tried to get to his seat, the N.D.P. members repeatedly moved back and forth to physically prevent him from passing them, even laughing at the hilarity of their schoolyard bully tactics.

The liberal Prime Minister, clearly tiring of the antics, decided to intervene. He walked over, broke the N.D.P. body barrier and escorted the Conservative M.P. to his seat. In doing so, the Prime Minister brushed one of the “bullies” with his elbow, creating an extreme overreaction from the elbow brushing that was much like a pro soccer player doing a dramatic flop to a minimal push, to draw a penalty from the referee.

We’ve observed this over the last months in the United States as well—over and over with a president that demeans and insults other individuals and groups constantly while claiming repeatedly to be treated unfairly and rudely.

Last week in a nearby town, a sign on personal property showed a clear anti-L.G.T.B.Q. message. Many community members, to advocate unity, inclusiveness. and love for all, did a rally to promote just that. While at the rally, there were cars that swerved at those partaking in the event, even shouting profanities and recklessly abusive comments such as “go kill yourself.”

One anti-L.G.T.B.Q. person commented on social media about the rally. “What’s next, they want to take away our right to be straight?” While attempting to diminish, judge, and insult the right for people to live how they are, they claim theirs are the rights in jeopardy of being taken.

They put their thoughts on social media and claim they are being publicly attacked on their “private” social media profile. It’s an internet Munchausen’s Syndrome of sorts—causing one’s own misery, then complaining about it.

Cry-bullies appear to mirror through their own actions what they are claiming in victimhood. They are narcissists who complain about selfishness, takers who shout out against greed, and bullies alleging to be victims.

So how do we coexist in an era with cry-bullies running rampant?

Beware of giving them what they want by retorting to their abuse with insults of your own. Taking their bait is giving them precisely what they were fishing for. When you play the game with them, you give them the ammunition they seek to attack you, your ideas, and anyone they care to identify you with, while claiming they are being attacked.

No amount of cry-bullying can tarnish the truth if we don’t allow it. We have to point out the accuracy of the matter and call it out like it is. An “I can see what you’re doing, but I refuse to participate” response is one of the best approaches. You could calmly identify the insults and smears they’ve used, then explain that you know that they’re just using such insults in order to provoke the slinging of insults back at them, so that they can then announce the terrible treatment they must endure.

Call out truth then deny any further engagement.

3. Be responsible for yourself.

It can be difficult to not become emotionally reactionary when in this scenario. Be responsible for your thoughts, words, actions, and intentions. Let them be responsible for theirs. Stay calm, follow steps one and two above, and then shift your focus.

Rather than replaying the actions and words of what it is that upset us, be the change. Look for ways to better your community and make it more inclusive by promoting loving-kindness for all people. Rather than fighting against and bucking the current of what you don’t like or want, be the change you wish to see in the world.

Together, we can prevent the rising tide of cry-bullies from growing any larger, and perhaps turn it back a bit, too. 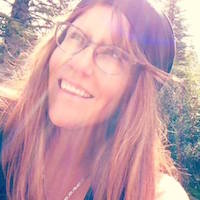