Everyone bashing Doreen Virtue is Missing the Point. 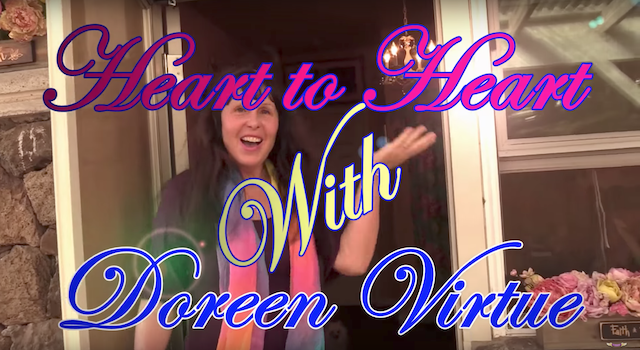 Doreen Virtue is known in the new age arena as “the angel lady.”

If you’ve ever seen angel cards or books about angel messages, she’s likely the creator behind it, backed by Hay House Publishing. Her brand is “angels” and her followers expect her to stick to her brand at all costs, which at present, is appearing to blow up in her face.

She’s made a living off of angelic mediumship, but she recently spoke out about her experiences with Jesus Christ and how she’s now been guided to funnel all funds from her products into charities she loves. Some of her fans feel betrayed by her connection with Jesus.

She said she made this decision because our questions should be sent directly to God, and not through things such as tarot or other types of oracles. She also acknowledged that, depending on how someone has used her products, they could be a direct link to God, but she doesn’t want people to get caught up in idolatry. Meaning, she doesn’t want people to focus on angel cards for messages and readings, but rather on God himself to deliver the messages.

She believes God’s messages will be delivered divinely and won’t require fortune telling or future-seeing to be interpreted by his/her/its trusting co-creator.

People have become outraged, saying she’s throwing her whole career out the window by becoming someone different than who they think she should be. She made a divinely-inspired decision and went with it—which is the root of her brand in the first place if you consider it objectively.

I just don’t get what the confusion is.

A woman who’d been considered a total quack by fundamentalist Christians—a woman who made everyone “like her” feel normal for their view of the world and spirituality, found Jesus Christ. Now she is considered a quack by the people who used to resonate with her.

There’re a few “good” Christians in my family, and my personal experience is that they’ve been the most judgmental of all. I’ve found them to be the greatest culprits of separation and superiority for their faith, and those two things have made it impossible to connect with them. Their spirituality is ostracizing, and they pray for everyone to “come on to their side” with Jesus out of fear that their loved ones will go to hell if they don’t.

Once my relatives posted an article about how Christians shouldn’t do yoga because people who do yoga worship the mat—not God. As a Christian, Buddhist practicing, Pagan, Jew-curious, Jungian oriented, philosopher yogi who knows—without a doubt—that oneness brings it all together, you can imagine how much this ruffled my feathers.

Please do not assume that what somebody practices is how they actually show up to do their work in the world. Someone can surely step on their mat and worship Jesus; but in yogic philosophy, we step on the mat to reach the altar of Christ-consciousness within ourselves.

Maybe we invoke Buddha, or maybe, we simply become still and know that we are God—which could mean, we become still enough to resonate with what is, that Jesus is given room to shine through in the lack of our resistance.

Imagine your God—whoever and however that may feel to you—looking down at Earth and only being able to see us in frequency equivalent to the amount of our faith. Faith in God itself. Based on faith alone, a majority of people on the planet right now would be brilliant white beaming lights whose hearts explode straight to God, and all of us who feel that way express it differently.

The women who wrote the yoga article wrote that yoga is idolatry because it idolizes the mat. Life is idolatry, period. And idolatry, can be lovely if we understand the idol is not what we’re after—the provider of the thing we idolize is. Watching someone dance a happy dance with a huge, unforgettable smile, what we loved about them was that we saw the mover inside of the shaker. Their happiness surpassed our resistance to their dance, so much so that we could really see them, the real them, who let themselves be free in their moves.

In essence, we could say we saw their soul.

Everything is sacred. In a human body, we can feel enough to guide us home to God in everything we do. It’s hard to understand that some people express their faith differently, and maybe it’s even hard to accept how they practice or how they don’t practice. But if all of us could suspend judgment and look down to Earth, only measuring vibrations of faith, we’d understand that all practices evoke the same source in us.

Doreen Virtue made a spiritually-directed choice and lives by it publicly, even though it’s confusing for people who knew her as “the angel lady.” Just because she’s friendly with Jesus, doesn’t mean she’s not “the angel lady”—she still works with them everyday. This is the point.

All of her angel fans jumped ship, saying she’s somehow betraying her work because she became Bible-oriented when it was likely her angels that guided her to her decision in the first place. See the irony in this?

We’re all in this together. We think our faith will help us be understood by people, so we separate ourselves into different faiths with pretty nonsensical practices. Separation of faith alone is a terrible form of idolatry if you look at it in the context of the Christian speaking out against yoga, because faith is not reserved for people, but for God.

Our faith isn’t about us or about what we do—it is us. To say someone who worships their mat and is going to hell is also to say that someone who drives a nice car is worshipping status and money so they should ride a bike to their night job as a surgeon and, if they don’t, they’re gluttonous.

The physical things we use to practice faith should never lead to idolatry in the sense that we misplace our source connection for a material one, but still connect us with the provider of the thing we “idolize.” But to judge and reject the practices of things we may not understand, or reject worldly pleasures under the presumption that idolatry is the focus, is a complete and utter lack of faith.

What Doreen was saying is that she made a decision based on divine intervention because she doesn’t want to feel responsible for the people who don’t use her products as a source to get directly to spirit, rather they use them in ways that actually disconnect us from the source-connection we’re really after.

I think it’s a mark of a true spiritual warrior to make as bold of a career decision as she did, but what we all know as spiritual warriors is when we lose our friends, fans, and money to live the life we know we’re meant to live, what we gain in return fills it all.

That thing is ourselves.

That thing is truth.

That thing is what fills the hollowness (faith) of an empty house (idolatry). 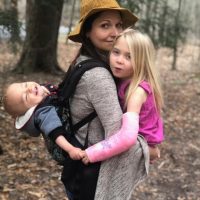