If a Man thinks He Can’t Win with You—He’s Going to Stop Playing. 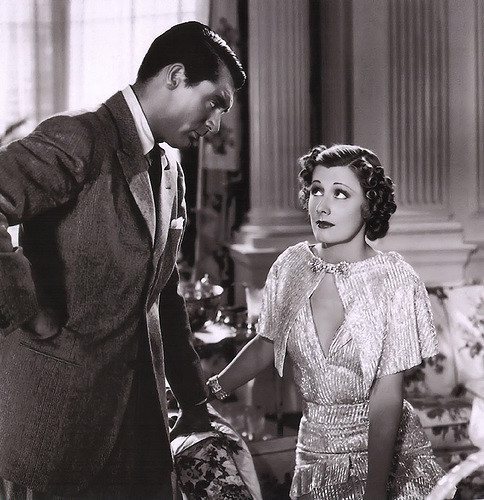 No one wants to feel like they’re not appreciated.

In my work with couples I have seen a lot of people split up simply because it seemed like, no matter what was done or said, it never made a difference toward the overall progression and development of the relationship.

Sometimes, regardless of how sweet or attentive the male partner was, it never made a difference to, or was acknowledged by the woman. This left the man feeling as though there was nothing he could do to make her happy.

Being in a relationship means that we might have to grow or change through our experiences with that person. In the best situations it’s for the better because we grow emotionally, mentally, and sometimes even physically.

However, in unbalanced relationships where trust, love, or forgiveness is lacking, we sometimes witness a surplus of other behaviors trying to “make up” for that which is lacking, such as the presentation of flowers or gifts.

There are two sides to this situation:

One: what is lacking within the relationship when a man feels he has to overcompensate?

Two: what triggers or feelings have not been healed on the woman’s part that are making the man feel like he has to behave in such a way?

Learning to own our sh*t is a process we have to learn, and it’s not an easy one.

As women, many of us are so used to being done wrong, that we don’t know what it feels like to be with a caring, supportive partner. And so, we automatically think he’s up to something, or that he is making up for some sort of indiscretion.

We look for the faults when there are none because it’s become easier to believe that a man is being dishonest than it is to believe he genuinely cares for us.

Part of the problem is society, but the other part is, quite frankly, us.

We can’t sit around saying we want a superman and then the next second guess everything he does or says because we can’t believe he’s actually that good. In these types of situations, it never ends well because, while a man may stick around for a while trying to continuously prove that he isn’t like all the others, eventually if nothing changes, he will leave.

It won’t be because there was a lack of love or even commitment on his part, but rather, he never could win with you. No matter what he did you could never see him as anything other than someone who would hurt you, even if he was the most honest person around.

It happens more than we own up to. I know, I’ve been there.

Healing takes a long time, and there was a point at which I thought all men were a certain way because of my ex. Granted at the time I projected my feelings, hid from reality, and blamed him when I became insecure or upset. But, in truth, it was all me.

Owning our sh*t is not a pretty process, and this isn’t meant to start fights, but rather, end them.

We won’t ever be able to let a man win with us until we know we deserve that. By sabotaging ourselves into thinking that these men are out to hurt or use us, we are really just trying to protect ourselves from being hurt again.

There’s no way to fall in love and build a healthy relationship if you go into it thinking you’re going to get hurt.

As women we need to heal ourselves—our wounds, our conditioning—and most of all raise our expectations and opinions of the men in our lives. If we wake up each day thinking men are dogs and that they are out to get us, then is it any wonder that that is what we end up with?

Instead, we need to raise our men up, expect great things from them, and when they deliver—believe them, take for exactly what it is: love

Men and women need to both approach one another as if each one is capable of being their best possible selves. When we do that our perspective of one another automatically changes as well.

If we think that the other person is consistently doing the best they can and that, as their highest selves, they would never do anything to purposely hurt or betray us, then we can also receive whatever they do or give with the positive energy of our best selves.

Many of the relationships we experience in our lifetime are going to end, but learning to appreciate and receive love, no matter who the partner, is an inside job.

No one else will be able to help us understand that not all men are the same until we’re learned that for ourselves, and until we heal our own sh*t we have to stop expecting our men to be able to.

Their job is to love us, not fix us.

And, until we do that for ourselves, no man will ever be able to win our hearts for good.

Love, Loneliness & Relationships. conscious relationships,growing up in love,his job isn't to fix you,how to mess up love,if he doesn't think he can win,knowing we're deserving of love,losing men we love,owning our shit Kate Rose