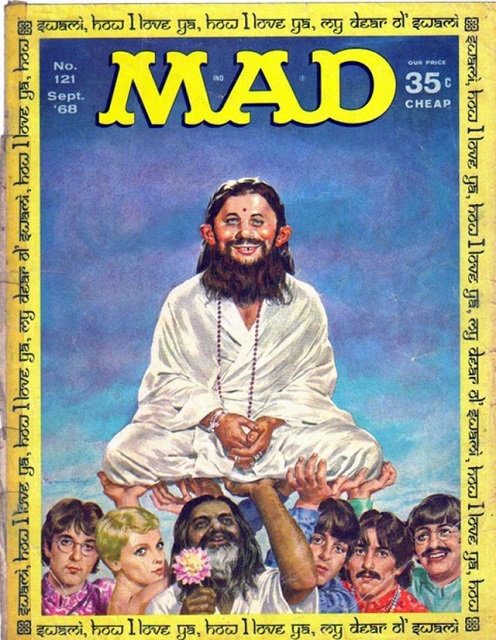 Cuddle parties—all-inclusive evenings where boundaries are explored—have an allure to them that attracts all kinds.

Pedophilia, narcissism, manic disorder, anxiety, and depression don’t always show up to the party—but chances are these are the shadows of the people who do.

In service of “being spiritual,” there is a somewhat insidious invitation to “step out of our comfort zones.” People with deep-seated intimacy issues attend cuddle parties and talks on polyamory as a means of pacifying themselves. It’s the kind of ego stroking that boarders on masturbatory. And I know, because I’ve done all of these things.

I lived in Boulder, Colorado for about eight years and then in Encinitas, California for two years. Both towns are filled with what some call the “conscious community.” Say what you will about Bible scripture. Feel what you feel about it. Truth is truth. And 2 Timothy 3:1-5 speaks to the duplicity inside conscious communities:

“But understand this, that in the last days there will come times of difficulty. (2) For people will be lovers of self, lovers of money, proud, arrogant, abusive, disobedient to their parents, ungrateful, unholy, (3) heartless, unappeasable, slanderous, without self-control, brutal, not loving good, (4) treacherous, reckless, swollen with conceit, lovers of pleasure rather than lovers of God, (5) having the appearance of godliness, but denying its power. Avoid such people.”

While some may read those verses and feel they are judgmental, they are offering something that is being quietly undermined inside Conscious Community—discernment.

There is something inherently predatory about a seemingly innocent cuddle party. You are there to use another person’s body, of whom you know very little about, to soothe some void inside of you. These parties are not often gatherings of long-time friends. They are a group of vaguely familiar people all holding each other in the cesspool of masked addictions.

We have watered down our boundaries so much that intimacy has been bastardized—to the point that we fake it in weekend workshops, people with no business doing so start coaching businesses around it, and we make a mockery of the very structures that hold intimacy in place.

Boundaries are what are unequivocally required in order to keep the sacred from being profane.

The first and most obvious boundary to establish is physical. Consent is not enough. Respect around the appropriateness of physical contact is paramount. There are parts of our bodies no one should touch unless they have taken the time to get to know us. There are situations we should not be in until a person has demonstrated they are, in fact, trustworthy, through their words, actions, and energy. Children have sleepovers, and while it is good to be child-like as an adult and never lose that sense of wonder, this is very different than being childish.

This brings me to the second, more subtle boundary that needs to be set and adhered to—our emotional boundaries.

There are predators in spiritual clothing. These are the people who tend to drift toward “leadership” in the community. Some have taken several trainings on spiral dynamics, gene keys, enneagram, and other theories that compartmentalize humans into sometimes complicated yet digestible character descriptions. While none of these teachings are good or bad at their core, the application of them can be used for good or evil.

As a counselor, I know better than most that we are our own most difficult client. So, try as we may to solve the evils of the world through knowledge, it will not remove our character flaws.

In AA they say, “We are sick as our secrets,” and victims are violent in that they will at some point perpetuate the boundary violation that was perpetrated on them; some even use spiritual language as a manipulation or justification to do so.

This summons the reasoning behind why we need to guard and have a boundary around our mental well-being. Manipulative people often become blind to their manipulations. This will have a gaslighting effect. According to Wikipedia, gaslighting is defined as:

“…a form of manipulation that seeks to sow seeds of doubt in a targeted individual or in members of a targeted group, hoping to make them question their own memory, perception, and sanity.”

Mental well-being is the bedrock of boundaries. If we think we are unworthy of love or have some warped perspective about what it is to be valued for who we are, then all our other boundaries will dissolve.

Sex will become transactional even in the form of flirtation, because at its core it is a seduction. It has been said everything is about sex except for sex; sex is about power. Humans are animals. We are territorial, instinctual, and wired to socialize with each other as such. The predator is cunning, charming, and can use glamor to soften boundaries.

Again, the overt intent isn’t to be licentious. And the covert attempt will be to gain power. The victim then becomes the person who gives up their power first.

As children, physical corruption of our innate boundaries then corrupts our emotional boundaries and distorts our mental boundaries. As we advance in years and physical maturity, we often remain emotionally frozen at the age the physical boundary was corrupted, or under stress regress back to the moments in time where our emotional boundaries were demolished. The reason for this is that in those moments, an expeditious onboarding of coping mechanisms came into play and solidified from that point on. This then informs our adult sensibilities.

We go on to be adults and create our world from those nubile coping mechanisms. Then, in a search for our lost selves, we automatically seek out events that give us the opportunity to dismantle our original coping mechanisms and choose something more fitting.

So the wounded, the raped, the angry, the fearful, the lost, the molested, the violated, and the sick go to cuddle parties and write it off because it is a quasi-safe space to dismantle and try again. The dance of predator and victim then plays out inside the “spiritual” container.

I’m of the mindset that we all have to walk our path. I don’t know what profound event each person requires to remember why they are here participating in this cause and effect reality.

Keep your wits about you.

Something that seems innocuous can be poison.

Use discernment in all things, because most things are more than meets the eye.