This is why we Western Islamophobes should take a Look in the Mirror. 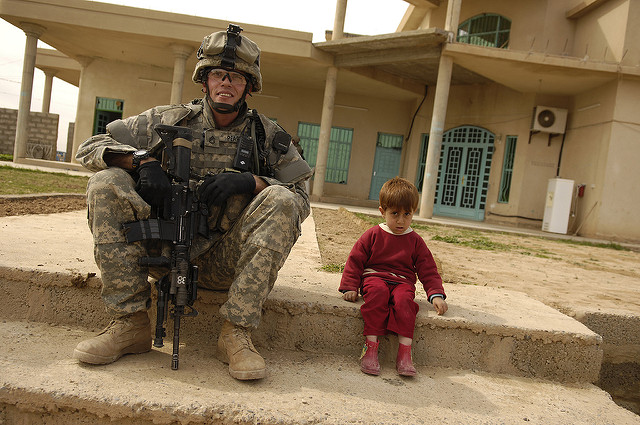 *Eleditor’s note: Elephant is a diverse community of millions of readers and hundreds of writers (you can write too!). We are reader-created. Many blogs here are experience, opinion, and not fact or The One Right Point of View. We welcome all points of view, especially when offered with more sources and less invective, more frankness and less PR. Dislike this Op-Ed or opinion? Share your own take here.
~

Vastly greater portions of the world were taken over in the name of Christianity compared to Islam.

And yet, Western critics of Islam cannot stop talking about an Islamic imperialism that was far less brutal and a millennium prior to their own.

Vastly higher numbers of people have likely been killed by Christian nations waging war than by Muslim nations. And yet, Western critics of Islam cannot stop talking about Islam’s murderousness.

Whereas all but the most liberal Christians look down on most other faiths as illegitimate, Muslims are enjoined by the Qur’an to give respect to other monotheistic faiths like Christianity and Judaism. Hence, Muslims rarely forced the peoples they conquered to stop practicing their religions; so in places like Egypt and Persia, the populations would not get around to converting to Islam for hundreds of years.

Christian Islamophobes say the violent lapses of their faith happened long ago and there is nothing about waging war in the New Testament. But the New and Old Testaments have long been considered an integral unit by the vast majority of Christians, and God commands the Jews to commit genocide no less than five times in the Old Testament, a murderousness unrivaled by even the most fanatical interpretations of the Qur’an.

To paraphrase their savior, Christians should stop worrying about the speck in their Muslim brother’s eyes and instead about the logs in their own.

The mostly Christian West has had a good run since 1945. We have let go of most colonies, spread democracy and the rights of women, built generous social programs, and largely kept the peace. Western democracies have, of course, not been angelic. We have often waged economic warfare and overturned democracies. But the world order we created since the fall of the Soviet Union may nevertheless stand as the most humane in history.

But critics of Islam should recall that this peaceful world order was also built on the ashes of two of the most bloody world wars in history and perhaps the most murderous genocide. And the liberal democratic order is now under threat by right-wing Islamophobes, who are systematically demolishing the very institutions they claim to be protecting. Moreover, the hatred they spew toward Muslims looks an awful lot like the same hatred vented on Jews—just before they were killed off in the Holocaust.

Christian Islamophobes should heed the words of their redeemer and judge not others, lest they be judged by one who is greater than themselves.

ISIS is at best an Islamopunk blood cult and a nihilistic fraternity of misfit child rapists. But it is important to remember their primary victims are not Euro-American Christians and Jews but rather Middle Eastern Muslims. And they are as much an embarrassment to Islam as the Nazis are to Christendom.

There will be many who simply conclude the Abrahamic faiths, or organized religion more generally, are the real problem. But as it turns out, the more irreligious and atheistic regimes have an even nastier record. The French Revolution beheaded 20,000 people in the Reign of Terror before conquering most of Europe. The Russian and Chinese Revolutions would later kill not tens of thousands but tens of millions. And the most murderous regimes of the Middle East have not been the religious fanatics of the Taliban or ISIS, but rather the secular regimes of Saddam Hussein in Iraq and Bashar Al Assad in Syria.

Nor should Jews think their own group any better: the first thing Israelis did upon winning a state, after thousands of years of wandering homeless, was ethnically cleanse the native Palestinians and expand their borders. Even Buddhists do not come away with clean hands, as witnessed by the recent genocide of Muslim Rohingya in Burma. So what are we to make of all of this killing in the name of religion and ideology?

Religion will always be used to organize people for warfare, because religion provides the moral fortitude needed for people to sacrifice their lives for a higher cause. Islam sought to limit the brutality of warfare by placing it under the domain of religion and then cushioning it with moral constraints, but this made it subject to the abuse of fanatics. Christianity spoke of turning the other cheek, so when it was used to lend support for wars, it often found itself with little to say on the matter at all. Neither has met the promise of stopping war, but both religions helped contain quite a few.

And just because indigenous groups of people were often wiped out in the name of Christianity and whole civilizations destroyed, it does not mean Christianity is an inherently violent creed; and neither do the suicide bombings of Al Qaeda and the truck rammings of ISIS say anything about the inherent worth of Islam.

There are countless Christians who use their religion to overcome their racism and open their hearts to the destitute. Christians Quakers pioneered the drive to end slavery, Catholic Jesuits to protect indigenous peoples in Latin America from genocide. It is much the same with Islam, which enjoins believers to give a tenth of their incomes to charity. The kindliness, tolerance, gentleness, and love of Muhammad, which can be found in the stories of his life (which Muslims call Hadith) look astonishingly like that of Jesus.

Much like Muhammad, Jesus spends his time criticizing arrogant and complacent elites and caring for the poor. His attacks on the self-righteous Pharisees might easily be applied to the Evangelical Christians today, who are the core supporters of an American president ready to destroy humanity in thermonuclear war.

As Jesus once said of the Pharisees, they are are like whited tombs, all clean and shiny on the outside but full of filth and corruption on the inside. They are not tending to the needy but rather attacking their faith. They are not loving their enemies, but rather sowing strife.

How is it that liberals who have taken us so far in overcoming homophobia and sexism, and even unaffiliated spiritual seekers who have done so much to demonstrate the unity of all faiths, so often echo the bigotry of these self-proclaimed mouthpieces of Christendom when it comes to talking about Islam?

Western Islamophobes, whether Christian or Jewish, Buddhist or Atheist, should take the logs out of their own eyes before picking at those of their Muslim brothers and sisters.

Liberals also Need to Get Over their Islamophobia.

Meditations on Tolerance in Islam.