What exactly is Female, well, You Know? {Adult} 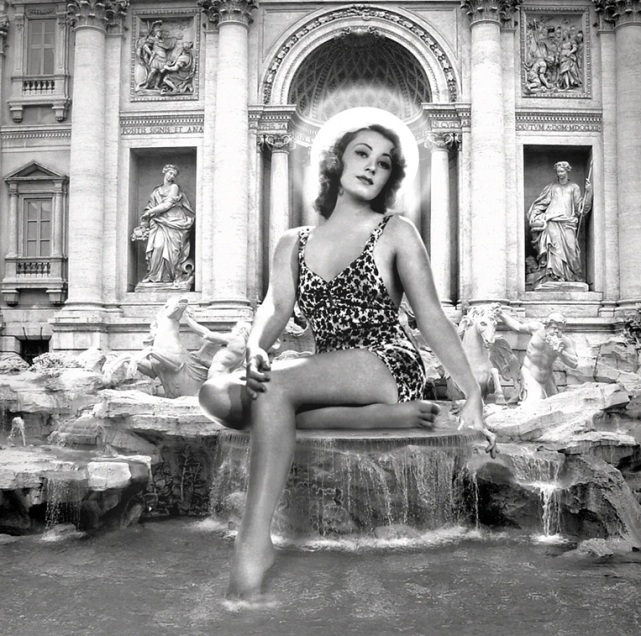 The words “female ejaculation” are bound to cause a snigger, a gasp, or an awkward silence if mentioned at the dinner table.

The thing is, female ejaculation is one of those subjects that is hardly talked about and when it is, it seems to create an atmosphere of hysteria, awkwardness, curiosity, and intrigue.

For many men and women, the idea of a woman being able to ejaculate is often met with a degree of disbelief, but it is one that has intrigued people for centuries; indeed, ancient texts from Asia described the mysterious and magical fluid that was thought to possess health-giving properties.

I first became interested in the concept and mystery of female ejaculation when I visited Tao Gardens in Thailand and attended a workshop, “Female Healing: How to Develop Inner Beauty and Outer Radiance,” by Jutta Kellenberger. Part of her teachings were about harnessing sexual energy and controlling ejaculation to become multi-orgasmic, and when she touched on the topic of female ejaculation, I became really interested. I came out of Jutta’s talk with many questions, including: What exactly is female ejaculation? What happens on a physiological level? And, of course, can I learn to ejaculate?

One of my first questions about amrita was, “How much fluid is released?”

According to the parameters developed by the World Health Organisation, the average volume of semen produced during male ejaculation is 3.7 ml, which is roughly three quarters of a teaspoonful; however, the volume of fluid produced during female ejaculation is more varied. I couldn’t find any definitive answers, but it seems that it ranges from barely enough to fill a thimble to being enough to saturate the bed. Perhaps this is what has given rise to the false theory that female ejaculation is nothing more than stress-incontinence, which brings me to the question of what happens physiologically.

Female ejaculation is a physiological phenomenon, an involuntary action that generally accompanies orgasm and is completely different from urination. It is associated with the release of what, in a man, is termed prostatic enzymes, or PSA. A recent study has confirmed that amrita and urine are chemically different, putting to rest negative theories of women simply passing urine during sexual intercourse.

Samuel Salama, a gynecologist at the Parly II private hospital in Le Chesnay, France, and his colleagues recruited seven women who reported being able to consistently ejaculate and produce large amounts of liquid during orgasm to take part in their study called “Nature and Origin of ‘Squirting’ in Female Sexuality.” The study revealed that five out of the seven women had a small amount of prostatic-specific antigen (PSA) present in their ejaculatory fluid. PSA, produced in men by the prostate gland, is more commonly associated with male ejaculate, where its presence helps sperm to swim. However, Salama explained, in women, PSA is produced mainly by the Skene glands.

In accordance with the teachings of Tantra, the ability to produce kalas is a woman’s step into paranormal powers. It is the physical manifestation of sexual energy, and for a woman, it is revitalizing for both mind and body.

I found a few challenges with the practice of amrita.

Firstly, women ejaculate not through their vagina, but through their urethra, the same place we urinate from. For a woman, the biggest problem—I had, at least—was letting go. Because when the tension builds as female ejaculation becomes close, it can feel as though you need to wee, and the fear of making a mess and being embarrassed ultimately prevents ejaculation from being possible.

Another challenge that I found was allowing myself to be totally relaxed and present in the moment. I realized that I had a real problem allowing myself to just receive pleasure without giving. I was surprised when I started contemplating and working toward female ejaculation just how disconnected I was from receiving pleasure.

Through quite a lot of reading and research, I found that amrita can often be yielded from the prolonged and firm stimulation of the urethral sponge, around the female areas of the A and G-spots. The female G-spot is located about 6 to 10 cm inside the vagina on the frontal wall. The A-spot is located a little higher, just in front of the cervix, also on the frontal wall.

My best advice to anyone who wants to explore female ejaculation is to allow yourself time. Get the concept to sit comfortably in your mind, and then practice with a jade (yoni) egg to strengthen your pelvic muscles—being able to push out with the vaginal muscles is really useful when it comes to learning to ejaculate.

And most of all just enjoy the process of exploring this little understood and natural part of female sexuality. 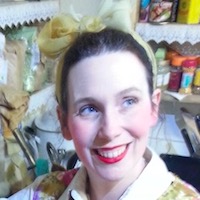