The Complicated Nature of Abusive Relationships—It’s not just about Being Hit. 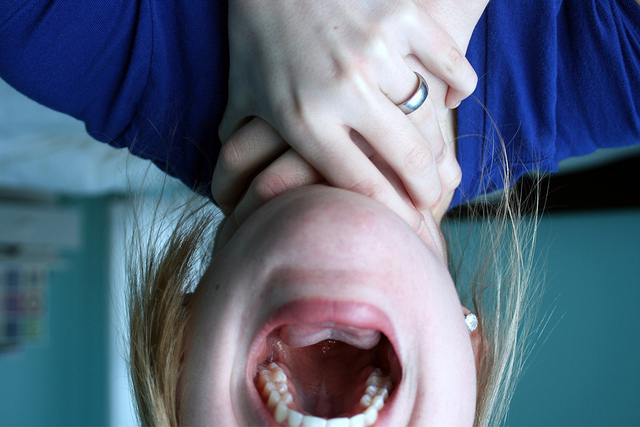 Now, as you might have already guessed, this is a complicated issue, and one that is dependent on many circumstances. For example, the genders of the people involved change the way we might discuss it. The type of abuse changes the conversation. And, more than that, these factors affect the way society views it.

For example, we have (more or less) agreed that a man beating his female partner is bad. In the past, it might have been more common to hear a man say that his wife or girlfriend needs to “know who’s boss” or some similarly despicable comment, but nowadays, the image of a woman with a black eye who stutters out some half-coherent explanation about falling into a door is our quintessential image of an unhealthy relationship.

But at the same time, we seem to lack a certain fundamental understanding about what abuse is, exactly.

I’ve talked a bit before about our society maintaining this idea of, “Well, if he was really that bad, then why didn’t you just leave him?” (For more on that, check out my other articles on the topic here and here.) But there’s another factor that I want to discuss: namely, this idea that domestic violence is the absolute bottom of the barrel, and all else is automatically acceptable by comparison.

Now, to understand what I’m about to say, you must also understand this: our society has a tendency to separate the world into a binary system. Everything is either good, or it is bad. It is black or white, straight or gay, chunky or smooth. Things that exist in between these binaries, the shades of grey, tend to either get ignored or belittled, because we tend to avoid things that are complicated.

So when a relationship isn’t “abusive enough” for our standards, we tend to overlook the issues that exist within it.

I have known women who were in emotionally abusive relationships for years and never realized that they were, or didn’t realize until years later, even if all the signs were there—if their partner was controlling, dismissive of their emotions, or gaslighting them, for example. They were able to dismiss and accept all of these behaviours. After all, it’s not as though they’d been hit.

And let’s forget about the physical or emotional abuse for a moment; a relationship doesn’t need to be abusive to be problematic. How many times have we heard overworked women say something along the lines of, “Yeah, he doesn’t help around the house, and he does the bare minimum to raise our kids, and even when I’m ill or injured, he won’t make a single meal for himself, but it isn’t like he hits me or anything.”

Physical abuse has become our standard for what is unacceptable. And by comparison, everything else has become easier to digest.

I’m not trying to undermine the damage that physical and emotional abuse does; that is not my goal here at all. But I am tired of hearing of men who have the potential for growth being praised and consequently denied the opportunity to change and better themselves, simply because they do the bare minimum to avoid being labelled a despicable human being.

And this issue, in itself, comes packed with many related issues. By telling ourselves that what we’re experiencing isn’t abuse simply because it isn’t physical, we sometimes justify staying in these relationships and enduring further abuse. And the effects of emotional abuse are just as damaging.

The list of the effects of emotional abuse is incredibly long, but it includes depression, low self-esteem, an inability to trust, and substance abuse (just to name a few). These are primarily long-term effects too. Short-term effects are more commonly seen in our society’s accepted idea of abuse victims: shame or guilt, questioning one’s own memory, passivity, or aggression. This is because physical abusers are often emotionally abusive as well.

This issue also fits into a feminist discussion as well; namely, that men benefit from a very gender-specific view of abuse.

That isn’t to say that women can’t abuse men; they can, and they do, both emotionally and physically, but our society’s generally accepted image of an abuse victim is a battered wife. And when this is the case, women accept that as long as they aren’t that, it’s all good.

They hold their male partners to a lower standard. Sure, these men might not do any chores or cook their own meals, and they control their partner’s every move—but at least they aren’t beating them. Even men who are genuinely good men—who would never cause any intentional harm—benefit from this to a certain degree, because they are still held to a lower standard than they otherwise might be.

Similarly, our society’s generally accepted image of an abuse victim being a battered wife also makes it more difficult for men to come forward when they have been physically or emotionally abused by their female partners. As I said, this is a very complicated issue.

If I have done anything with this article, I hope that I have made you think about these issues in more depth. This is a vast and detailed discussion to have, and if we are going to make the problem go away, we need to talk about it.

In some cases, these issues are getting better. For example, it’s more widely accepted for men in heterosexual relationships to help around the house or care for their own children. However, this still isn’t true for every heterosexual partnership—so we still have more change ahead of us.

At the end of the day, quite simply, if you are in any sort of abusive relationship, regardless of your gender or if the abuse is physical, emotional, or sexual, please seek help using any available resources. You deserve better.