Trump is God’s Gift to Women.

I have a friend who donned a “pussy hat” for the Women’s March in D.C.

Like many who attended, it was a pilgrimage, one she took with her teenage daughter. Many of my friends attended marches, and the unity they felt, as well as the sense of empowerment, is something they still speak of fondly.

Instead, I decided to go into a deep meditation to see what this was all about. I came out of the meditation knowing this march was just the beginning. The sea of people who protested worldwide—standing with women, standing for equality—symbolized the sea of change that was coming.

So while some railed against Trump, I waited. Megyn Kelly had already corroborated Gretchen Carlson’s allegations and the accounts of at least a half a dozen other women who had worked with Roger Ailes at Fox News. These were two powerful women who had the clout and the prestige to be believed, and the result was the ousting of the most powerful man at the most powerful news network. When Kelly’s book came out a few months later, it exposed a culture of cover-ups within the media where women were second class citizens, subject to the whims of powerful male bosses who saw them as their playthings.

Many would say these two women were the catalyst for the change that has since ensued, and indeed, they were most certainly key players. But actually, the seeds of change were more clearly planted in the first Republican debate in the exchange between Kelly and Trump, when Kelly dared to asked Trump about his treatment of women, and the answer she received was a threat, as Trump told her from the stage “I’ve been very nice to you, although I could probably not be based on the way you’ve treated me.”

Afterward, Trump made good on his promise, launching a campaign of retaliation on Twitter. The end result was a year of hell in which Kelly was, at one point, concerned that she would be assaulted on the street in front of her children. As Kelly took on a titan, America had a front row seat to the battle between the two, as well as the battle that so many women have endured since entering the workforce: speak up, and suffer the consequences.

Nevertheless, she persisted. And prevailed.

Certainly, when Trump’s “pussy grabbing” tape was made public, it solidified him as the single most important player in the “empowerment revolution” that has since ensued. With the release of that tape, the attitudes and behaviors of powerful men were no longer relegated to locker rooms and offices with secret buttons under the desk. They were lifted out of the shadows and placed out front and center in the media.

At the time, it seemed that no one cared, but a match had been lit. In Trump’s proud posturing, women (and men who supported progress) were galvanized. It was one thing to have these attitudes and behaviors exposed, but to do so proudly? Trump’s unapologetic attitude, his brazen braggadocio, sent the message that this was just how it was, and there was nothing anyone could do about it.

How fitting that two newscasters from a conservative news channel started the wave of progress that has swept the nation. It sent a message that women’s empowerment was not an issue exclusive to the left.

And what a wave it has been. With the election of our 45th president, we have seen some of the most powerful predators fall. And now, the movement has made its way to Congress. With the resignations of John Conyers, Al Franken, Trent Franks, and the promise of Blake Farenthold and Ruben Kihuen not to run for reelection next year, the wave of progress is ascending to the highest levels. Hasn’t progress always proceeded this way? Haven’t cultural shifts always happened in the entertainment and media industry before they happened in government?

He represents everything that is wrong with this society.

In his own way, Trump is holding up a mirror for our society. In him, we see everything that needs to change in order for our society to move forward. And this is why he is still in office: until the change is complete, he represents the greater society at large. I didn’t vote for him, but I am grateful to Trump. He has (perhaps unknowingly) taken the mantle of change from the Obamas and continued to push the envelope.

With the election of Barack Obama, the county entered a deep cleansing period in which all of the racist, reactionary attitudes that remained ingrained in the deepest pockets of our society oozed to the surface. The ugly, infectious venom that poisoned our society from within was no longer saved for back door meetings and inappropriate allusions, sealed with a wink.

I taught high school English to at-risk populations during the Obama presidency. The bitter anger felt by my students when they saw that nothing had changed was heartbreaking.

But that was the point. For something to change, it has to be out there, front and center.

Consider the Black Lives Matter movement. No longer could our country ignore the fact that an entire segment of the population was disenfranchised. They felt that their lives didn’t matter. Can we imagine such a thing? That a whole segment of the population of this country feels that their lives don’t matter? The cleanse had begun: America was put on notice: African-Americans were pissed, and they weren’t going to take it anymore. And so the baton was passed to Trump.

If there’s one thing that Trump does well, it’s read people. He knew exactly what his supporters wanted to hear, and he told them. His gift proved to be a gift for the county because in the process, he revealed the next phase of cleansing that would come to our country.

If Obama’s tenure was about revealing our racist tendencies and the inequality that results, Trump’s would be about misogyny and the culture of oppression that women from all walks of life contended with on a daily basis.

We cannot have true equality, we cannot progress as a society, while whole segments of the population feel disempowered. Think about the storming of the Bastille, where an angry and aggressive mob attacked a prison that had become a symbol of the French monarchy’s dictatorial rule. It proved to be a defining moment in the history of France that moved it toward a more egalitarian society.

To create change, people have to feel passionate about their cause. They have to be pissed off enough that they won’t take it anymore. When a man who admitted to grabbing women’s genitals was elected president of the United States, the proverbial pussy was out of the bag; it changed the zeitgeist. We, as a society, could no longer ignore this behavior or stick our collective heads in the sand. The result was that women felt empowered, both because they were outraged that this behavior was condoned and because the conversation was no longer the elephant in the room. People were talking about “locker room” behavior in the open arena. And every woman had a story. Then, the #metoo movement sprang up, an incredible example of social media being used to empower and create positive change.

Perhaps the greatest irony in all of this is that in less than one year of Trump’s tenure, we have seen more positive change in the empowerment of an oppressed segment of the population than we did in eight years of Obama’s presidency. After all, “change” was the slogan of Obama’s first campaign. To add to the irony, Trump’s slogan of “Make America Great Again” spoke in part to the segment of the population who wanted to see America go back to the “good old days,” yet the progress for women’s empowerment under Trump has lurched the country forward with blinding speed.

And this is what really matters. More than tax bills, Obamacare, political posturing, and even the investigation into Trump’s ties with Russia, what his presidency has done for women trumps everything else. In the end, next to possible impeachment, that will be his legacy. And that is a real reason to boast. 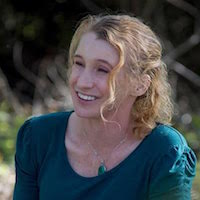