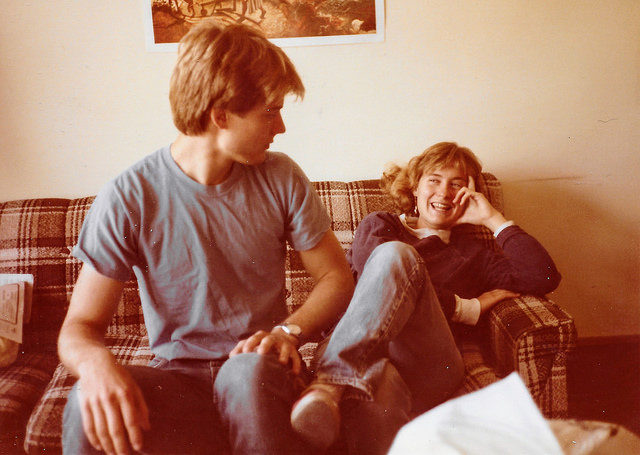 Seven years ago—way before I became interested in Buddhist philosophy—my partner, at the time, shared with me a video about love and relationships.

The notable Rinpoche Dzongsar Jamyang Khyentse held the discussion. He spoke about romantic relationships from a Buddhist point of view and tackled why our partnerships often fail.

I called my partner after watching the video and completely lost my temper. Boiling inside, I kept asking him, “Are you saying we don’t work?”

Looking back now at that moment, I realize that my ego was enraged. I couldn’t accept that often when our relationships fail, the blame falls on our shoulders. At the time, nobody would’ve guessed that the lama who enraged me with his words would eventually become my source of inspiration, wisdom, and knowledge.

What intrigues me about his philosophy on relationships is that it points directly to the truth—which stings at first, but then comforts and heals.

In the discussion, Dzongsar Khyentse discusses what led him to get ordained. He asked his father whether he should become a monk or get married. His father looked at him and said, “Well, do whatever you like. But if you are asking me between getting married and becoming a monk, they are equally difficult.”

For us, romantic relationships are something that require work. But while Buddhist philosophy teaches limitless love for all sentient beings, it does not teach about romantic love felt for one person only.

Between marriage and ordination, Dzongsar Khyentse obviously chose the latter. For those of us who decide to pursue a relationship, it may still be wise to listen to the lama though. In the video below, he explains that he had his heart broken once and that once is all it took to see the reality of romantic love and shape a wiser outlook.

What I learned from watching him is that there are four main barriers to successful relationships. And if we can understand what damages our partnerships, they might not be doomed after all.

To be conditioned means we make certain choices or act in certain ways because we have become accustomed to them. We’re conditioned by our parents, schools, society, and environment. Conditioned behaviors or beliefs become underlying attitudes that reside in our subconscious mind and affect everything we do. In other words, we act according to what our minds have long perceived as right.

Dzongsar explains that we rarely have control over what we will be feeling or thinking in the next minute since our minds are continuously responding to conditions. This can often lead to lying, anger, fighting, or even infidelity. To minimize this conditioning, we must practice being mindful of our present actions and reactions. When we shed awareness on what’s happening right now, we avoid being misled by our minds.

Our desire to pursue a relationship is often based on insecurity. Because we feel incomplete, we seek completeness from our partner. Being loved by another satisfies us and grants us validation. According to Dzongsar, the biggest symbol of insecurity is a wedding ring. When we sign a paper and exchange rings, we convince ourselves that we can’t lose each other.

If we are keen on building a healthy relationship, we need to seek completeness from within. Love yourself and keep growing as an individual inside the relationship. And if we decide to marry, we must be aware and ask ourselves why we’re taking this step. Are we getting married to “call dibs” on our partner, to be validated, to feel complete? Or are we getting married to experience love and share karuna?

Dzongsar says there is no such thing as communication. He quotes the great Nyingma master, Jigme Lingpa, who said, “The moment we think, it is a confusion; and the moment we say something, it is a contradiction.” To Dzongsar, there is only successful miscommunication and unsuccessful miscommunication. Oftentimes, our words are the byproduct of our emotions, which are constantly changing. So we either don’t communicate or successfully miscommunicate. We don’t always know what our partner wants—we can only gather, assume, and guess based on things that happened in the past.

So how can we get closer to successful communication? By speaking from our hearts and acquired wisdom, and not from our mind and conditioned ignorance. So long as we’re attached to our sense of self—the “I”—we will keep on maintaining successful miscommunications. Also, forget about the silent treatment; our partners aren’t mind readers. Practice right speech with love and compassion.

Dzongsar explains that at the beginning of a relationship, we feel we have to be nice. We might open the door for our partner or offer them our jacket. According to him, this kills the relationship because once our emotions settle down, we become more of who we are and might stop doing those gestures. That’s when miscommunication begins and false assumptions take place. We expect our partner to fit into the image we built of them from the start.

It can be difficult to see people for who they truly are and unconditionally accept the love they give us. But as Dzongsar also says, we shouldn’t be scared of relationships. We only have to make sure we don’t become trapped by expectations and hope. Remember that nothing is permanent, so it’s important to give our partners the space and freedom they need.