The only Reason we should be Horrified when Athletes use their Voices to Incite Change. 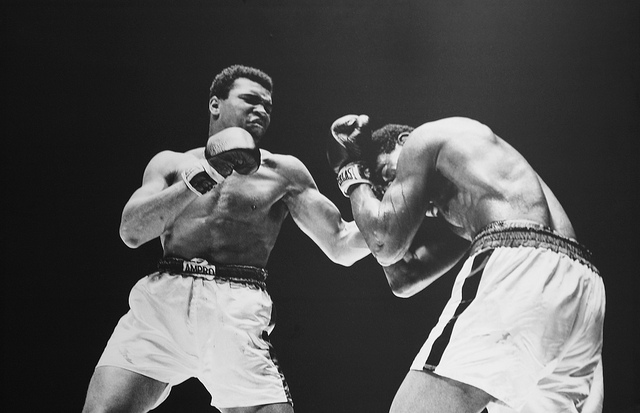 LeBron James and Kevin Durant are the most recent athletes to steal the spotlight for using their First Amendment right in a video to express their disapproval for President Trump.

Laura Ingraham, a Fox News contributor, chimed in critiquing their commentary as “R-rated” and “barely intelligible,” while attempting to silence them by saying they should “shut up and dribble.” She even went so far as to base her opinion on the fact that James was not a high school graduate.

Journalism Ethics 101: attack the issue, not the person. Usually when a person publicly shames someone, it’s because they cannot find logical and solid ground to validate the issue they’re attacking.

James and Durant aren’t the first athletes to receive backlash for their political stance—and with more and more people from all walks of life speaking up, it’s likely they won’t be the last.

Colin Kaepernick ignited a storm of backlash and hatred for his decision to kneel during the national anthem. Few of his haters chose to look behind the real reason he chose to kneel, or see the millions of dollars he has donated to help fight the one cause he is passionate about: police brutality toward minorities.

Instead, they chose to burn his jerseys, spew hate, and attempt to make his motive one of disrespect. They failed to see that he went directly to a war veteran to get mindful advice on how to use his public platform to create awareness. The soldier’s advice was simple: kneel.

Athletes using their voices is nothing new. Half a century ago, Muhammad Ali adamantly refused his call to join the military during the Vietnam war.

Ali’s words elaborate on his decision:

“Why should they ask me to put on a uniform and go 10,000 miles from home and drop bombs and bullets on brown people in Vietnam while so-called Negro people in Louisville are treated like dogs? …If I thought the war was going to bring freedom and equality to 22 million of my people, they wouldn’t have to draft me. I’d join tomorrow. But I either have to obey the laws of the land or the laws of Allah. I have nothing to lose by standing up for my beliefs. We’ve been in jail for 400 years.”

This justified decision cost him his championship title. He was also sentenced to five years in prison and had his license to box suspended in New York state. It cost him his livelihood.

We all say we want freedom, but many of us still stand behind forced patriotism and are triggered by the slightest form of a minority or celebrity speaking up.

And that is the definition of privilege: a special right, advantage, or immunity granted or available only to a particular person or group of people.

Privilege is believing something is not an issue because it doesn’t affect us personally.

As Waylon Lewis, Elephant Journal’s editor-in-chief, so eloquently stated in one of his latest Instagram posts, “Speaking up isn’t the privilege of a few, it’s the duty of all.”

These men were not born with a silver spoon in their mouths. Both James and Kaepernick come from humble beginnings. Both were born to single, teenage mothers. And both chose to rise above their circumstances, essentially becoming the definition of living the American dream.

Natural talent can only get us so far. These men worked to be where they’re at, and the fact that their hands-on charitable work off the field and court exceeds millions of dollars per year—and is changing the lives of countless people—renders them worthy of a voice.

LeBron’s foundation spends at least one million dollars per year on initiatives to help with dismal dropout rates. His “I Promise” campaign provides college scholarships to teens who would otherwise not be given the opportunity.

Kaepernick backs up his convictions by actively and quietly supporting charities that help single moms with beds and furniture, and veterans who are facing eviction.

And even if these men had not donated a dime to support these praiseworthy causes, they still deserve a voice.

It’s critical we view these men as more than well-trained seals who can put a ball through a hoop while the crowd cheers. They are American citizens, and they deserve a voice, regardless if we agree or disagree.

If we choose to bash them, it’s a direct reflection of us, not them.

If we have distaste or disdain for these men, it’s our issue to address—within ourselves and in our society.

I find it highly ironic that the same people who preach about freedom of speech and the freedom in this “great country” are the same ones labeling men like James and Kaepernick as unpatriotic for using this freedom to elicit change.

I admire anyone who risks personal repercussion, monetary gain, and even their career, because they recognize there are more important issues going on in this country than “dribbling”—especially if it’s done in a mindful way like Kaepernick’s peaceful protest.

I challenge all of us to look at issues that trigger us with an open heart by leaning into the reasons they make us uncomfortable. It’s no secret this country is in dire need of change on more than one level—and bullying those who are speaking up is not going to get us there.

It makes me question if the same people who wish to silence those like Kaepernick, James, and Durant would have done the same to Muhammad Ali, Rosa Parks, or Martin Luther King Jr. We should be asking ourselves why, some 50 years later, we’re still battling the same issues with limited success.

An article from The Washington Post, addresses the real issue:

“What should horrify Americans is not Kaepernick’s choice to remain seated during the national anthem, but that nearly 50 years after Ali was banned from boxing for his stance and Tommie Smith and John Carlos’ raised fists caused public ostracization and numerous death threats, we still need to call attention to the same racial inequities. Failure to fix this problem is what’s really un-American here.”

Now is not the time to shut ourselves off from the world and keep quiet about the desperate state of our country. It’s time to move forward. No matter what public platform we hold and regardless of how small it may seem, our voices can make a difference.

Even if we don’t agree, free speech is the cornerstone of America. Forced patriotism is not. It’s time to drop our egos, open our eyes and hearts, and realize everyone has the right to speak up.

Kneeling & the NFL: This is Not an Act of Defiance.

Freedom of Speech is not Free. 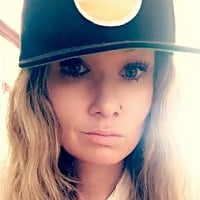