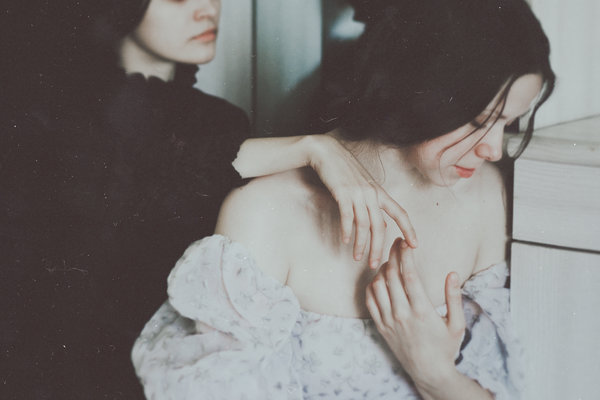 “Momma used to say, you got to know when to move. More important than knowing when to stay put.” ~ Joyce Carol Oates

I always know the moment I’ve begun to move on.

That’s how moving on feels, or at least the best way I can think to describe it. After a relationship ends, I carry the painful poison of it around with me for days, sometimes months, until finally, my body can’t take it anymore. It burns through me until I feel hollow.

But then something happens.

It may be a the result of a revelation after reading an article on what constitutes real friendship, or maybe a good, ugly cry after watching a movie I’ve seen 30 times, or maybe after hanging up with my mother who repeats things she’s told me my whole life in situations like these—you’re better off without them.

Then all of a sudden, I’m not hungry anymore—and the moving on commences.

I think it’s important to point out that this moving on I’m referring to is not a romantic moving on, but a platonic, best girlfriend type of thing (which honestly, seems to have messed with my head more than any romantic breakup I’ve been through). I guess that might be because it wasn’t completely my decision. And I’m not used to that. I was left without any real explanation. I was cut out. I was shushed—literally and figuratively. And I felt empty. I felt confused. I felt betrayed, humiliated.

But I am moving away from that mindset—finally. Because I can’t change the past. What’s done is done, as they say. I can only work with what remains. And a lot of good remains. No—a lot of great, wonderful, beautiful things remain.

I’m proud that I am not longing for her company anymore. While I may think to myself, she would love this, I don’t have racing thoughts of what did I do wrong? or why won’t she talk to me anymore? Because thoughts like that are too heavy to carry around, and questions with no answers take up too much space in my mind.

So now I’m in a place where I’ve realized people come and go—good ones, bad ones, everyone. And that doesn’t mean that I made a mistake. It means that she was meant to teach me something.

And this is what I’ve learned:

1. Friendship breakups, like romantic breakups, are often necessary. It’s a painful truth, but a truth nonetheless. I realize the more I talk, observe, and read that these breakups happen at some point. As we grow up, we walk beside each other, trying to find out who we are and what we want along the way. But then you realize you aren’t going in the same direction anymore. And if their direction is going to hinder your own, make a decision to hold on to the pleasant memories—but begin to walk away.

2. Views and interests change; people change. Some people are your history; some are your future. Don’t fault them for it—or yourself.

3. Sometimes it gets to a point where some people just aren’t worth your time anymore. If who they are and what they’re doing doesn’t agree with your spirit, you must let them go.

4. Don’t be ashamed that you’re in pain over what’s happening. Pain is meant to wake us up, at least according to Jim Morrison. The key is to remember it’s temporary.

5. It’s okay to miss people, even when they’ve hurt you. Just because you’ve made the decision to move on, doesn’t mean you’ve forgotten all that happened between you and that person. But you can miss them without needing them back.

6. Always offer an apology, even if you’re unsure what you did wrong. If you suspect you’ve caused hurt, apologize. You’ll feel better afterward. But put aside the desire to be forgiven. You may never get it. And while you’re at it, also learn to an accept an apology you never receive. Everything becomes easier that way.

7. You may be quickly replaced, or so it may seem to you. It will hurt, but try not to let it. This new person is your understudy; you landed a bigger role, on a bigger stage, with a more grateful audience and brighter lights.

8. Sometimes you put up a fight and win; sometimes you lose. But always be sure you know what you’re fighting for. Because you can’t fight to get back something you never truly had. You can’t hold on to a hand that’s tucked into a pocket.

9. If it was great, honest, and what a friendship should be—it wouldn’t have ended. Stop blaming yourself.

11. You can’t be upset that a person is no longer who you thought they were, or who they once were for you. Maybe they are happier now; be happy for them. Just because you’re not friends anymore doesn’t mean you can’t wish them well.

12. Maybe you changed. Just like you think it was the other person who changed, maybe it was actually you. And that’s okay, too. Change is good. It’s how we grow, enhance ourselves, and reveal ourselves. When we learn, we change. We become wiser, and we become closer to who we’re supposed to be.

13. If you lose one friend, it doesn’t mean you’re losing all your friends. Don’t question other friendships or your ability to be a good friend just because one fell through the cracks. But if you can’t avoid being paranoid about other relationships dissolving, allow it to turn you into an even better friend. Let it enable you to send that unnecessary “just wanted you to know I love you” text, or buy the shirt even though it’s overpriced, because you know they’d love it. But don’t let that paranoia fester for too long. You’re a good friend; don’t question that.

15. You’ll be okay. You’ll be more than okay. You’ll be spectacular. Maybe not right away, but eventually. But the thing is, you must try, as hard as you possibly can, to put it out of your mind. Put her out of your mind. Don’t worry about what she’s doing, who she’s with, what she’s saying, or thinking about you. Refuse to entertain past pain. You’re bound to be scarred if you keep picking at the scab. Let yourself heal.

16. You’re better off without them. (Oh, and your mother is always right.) 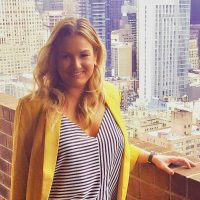 Sarah Michelle Sherman lives in Albany, New York, where she writes, shops (even though she shouldn’t), spends time with her puppy, Sundae, and her husband, Joe, and explores… Read full bio