Why we need Ahimsa more than ever for our Modern-Day Conflicts. 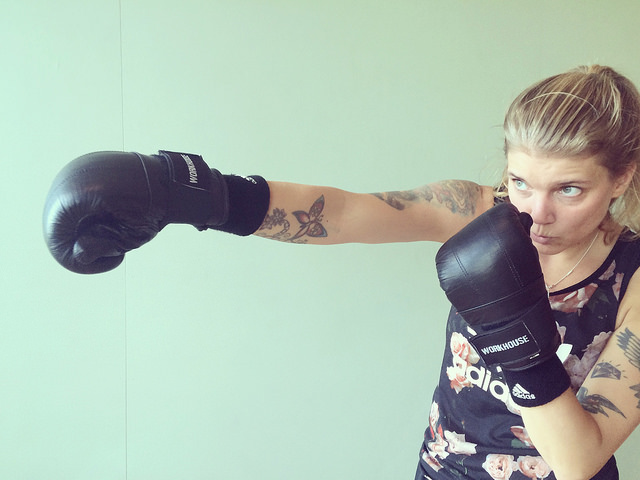 Just by habit, I would always take a moment from my day to browse through the headlines on Elephant Journal’s homepage.

On this occasion, a caption entitled “Kino talks with Waylon about Alo and Dana & the Path of Yoga in an Instagram culture” caught my attention.

I thought it to be a conversation between two leading figures in the wellness industry discussing how to adopt yogic ethos in the use of social media.

But from the moment I played the video, I realised the interview had nothing to do with the subject I imagined it to be.

In fact, it became a rather difficult interview to follow as it was a conversation about an ongoing legal dispute with a backstory involving several parties.

Nonetheless, I felt inclined to look further into this dispute, especially being a yoga teacher and wanting to know what had happened—even as a precaution for what I may encounter in my own career.

Over the next few days, I read in-depth into the case, from all the articles that were published on Elephant Journal, to the legal documents available online, as well as articles and commentary posted on other websites and blogs.

This dispute brought up extremely strong emotions from the audience and followers of the case, and at first glance, it would seem like a typical case of corporate giants, Alo and Cody, crushing an independent, helpless yoga teacher. You would, therefore, think that the teacher, Dana Falsetti, was receiving the majority of the support from readers.

But this was not the case at all.

Falsetti was indeed getting lots of support, but Cody and Alo were being spoken for too. The conflict had, in fact, brought about divided, opposing camps with equally valid reasons behind their support for each. And in this instance, it depended on who you felt carried the larger fault: Falsetti, who breached a contract and discredited the corporation online, or the corporation, who was meting out unnecessarily harsh punishments in reaction to Falsetti.

Reading through the articles and documents on this dispute, it was so easy to pass judgment and form an opinion about both parties. Finding an objective view was extremely difficult because you develop such strong views and emotions toward the case, and as a result, many readers became vocal and perhaps a tad antagonistic toward either party.

In recent years, the wellness industry has grown leaps and bounds. Knowing what you eat and looking after one’s physical and mental state have become a way of life. Yoga is one of the few activities that address not just our physical but our mental well-being. Yogis generally have a reputation for being peace-loving and accepting, and that’s a wonderful thing.

Yogis adhere to a philosophy called the eight limbs of yoga, which are eight progressive steps to follow toward a journey of inner peace and contentment. The first limb, yamas, offers five principles a yogi should follow in society. The first principle, ahimsa, translates as nonviolence, which at first thought, seemed like an easy principle to put into practice since most of us wouldn’t see ourselves as violent creatures—we’re not physically abusive, hateful, or aggressive people.

However, ahimsa is more than this.

Practising ahimsa also means that we should avoid bringing negativity to our lives and environment. We have the potential to bring the unpleasantness we hold into our field of influence. I’m sure we all have examples of attending a party in a lousy mood and causing our friends to have a terrible time as a result. Negativity breeds negativity, and in ahimsa, we are asked to be more conscious of our moods and energies, and the effect it can have on others.

This dispute was first brought to the public’s attention via another yoga teacher and leading figure of the field, Kino MacGregor.

She published an article on Elephant Journal as a way of gathering support and raising funds for Falsetti by voicing some of the unpleasant and unfair interaction she’s experienced with Alo and Cody, branding theirs a “David and Goliath” story.

Consequently, Cody gave their rebuttal, and in the process discredited some of MacGregor’s words and actions. MacGregor reacted again to this rebuttal from Cody by publishing another article plus the video (that I had first watched). The entire saga unfolded like a soap opera, with both parties bringing to light some damaging information on the other, unveiling new twists to the story with each new article.

It was truly a sad situation and outcome—to see two leading figures from a respectable, peace-seeking field of practice, mudslinging at one another. Looking at their individual social media platforms, they speak to millions. In the practice of ahimsa, it is a real tragedy for both to bring and incite all these negative emotions in their followers.

I give an example of the first story that MacGregor published. In this first article, she included a list of Alo and Cody ambassadors, fellow yoga teachers who are sponsored by the two corporations, encouraging readers and her followers to write to them, asking that they request a gentler treatment toward Falsetti. What subsequently resulted was probably unexpected: some of these teachers found themselves at the receiving end of aggression from readers and drawn into a conflict they did not wish to be part of. Even though MacGregor’s tone had no violence, it was a negative article toward Alo and Cody, and as a result, some of these teachers bore the brunt of the readers’ anger.

MacGregor’s intention was noble nevertheless; she wanted to gather support for Falsetti and took an active stand, and she wanted to inspire others to do so too. But in the process, she’d also released negative intent toward Cody and Alo, and the results are these endless rebuttals and wanton vents of aggression from readers.

Reading through the articles by both MacGregor and Cody also led me to understand how Falsetti got into the dispute with Alo and Cody in the first place. It seemed it all came down to a post she made around 5th of December, 2017 where she breached information on a partnership between the two companies and made disrepute statements on Alo especially.

In the fight to make a stand for what we believe, the primal instinct is to highlight what’s negative about our enemy. We tend to think that we are weak if we are not speaking up. But instead of sending out a negative message about the other, why not focus on just sending a positive message for your own cause?

The practice of ahimsa was never going to be easy because there’s no exception to who you could have negative feelings or thoughts for. Ahimsa applies even to people, ideas, and attitudes you do not agree with. The true message from the beginning should have been about Falsetti as a body positivity advocate, but instead, it got lost in the negative campaign toward Alo and Cody—and as a result, became a muddled story of corporation against independent teacher with different arguments against and for.

There’s a famous quote that goes, “If you haven’t got anything good to say, then don’t say anything at all.” It’s definitely time to stop making negative statements at one another, and instead, as leading figures of the yoga world, find an amicable way to resolve this dispute that upholds yoga’s positive and peace-keeping image to society and the rest of the wellness industry.

> When one Big Company picks on one Yoga Teacher. ~ Kino MacGregor
> The Truth behind Kino’s letter. ~ Paul Javid
> Alo, do the right thing—and we will all thank you. ~ Kino MacGregor
> Kino talks with Waylon about Alo and Dana & the Path of Yoga in an Instagram culture.
> From one non-famous Instagram Yogini to another. 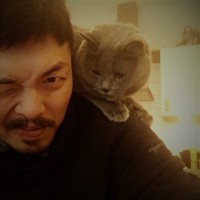