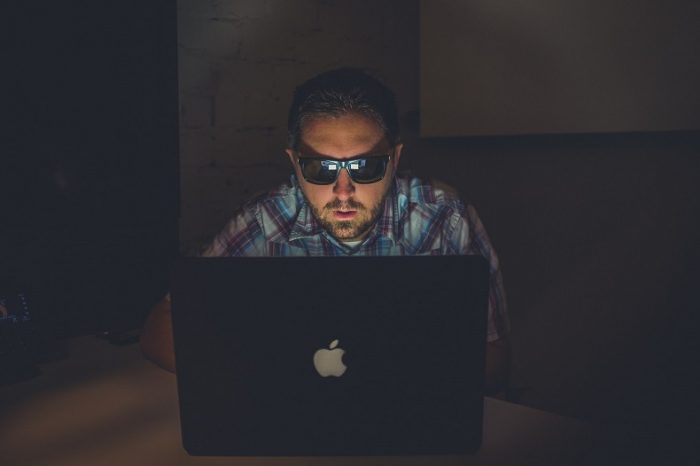 I was sitting at a beautiful waterfront restaurant with a very successful magazine editor in Florida last month, when we began to discuss our experiences with internet dating.

Somewhere in the conversation she interjected the sentence, “If you’re not on a dating website, you’re not dating. This is 2018.”

This utterance stuck in my head, and I suppose—if she is correct in her assertion—then I am just not dating. I’m totally fine with it though. For this past year, since I’ve been separated from my kid’s mom, I have actively sought out what probably amounts to nothing more than a replacement mate. I justified this hasty chasing with the thought that my ex and I were on the outs for years, so it was utterly unnecessary for me to go through any period of introspection and mourning.

I still believe this to be the case, but as far as I am concerned, internet dating is off the table for me. Now listen, because I am going to clue you in—if you happen to be on the fence in your current relationship, and you’re toying with the idea of throwing in the towel to find some greener grass on a neighboring lawn, you may want to take heed:

1. Nobody looks like their picture. I am not exaggerating, and this isn’t even close to being hyperbole. Okay, perhaps one person I dated looked like their picture—and this was out of about 10 dates. Research shows this is a ubiquitous concern in the internet dating world—so no, I don’t just have bad luck. Ninety percent of the time, you will have trouble figuring out where your date is sitting at the Starbucks—even if there are only five people inside.

2. The likelihood of settling is much higher. It could simply be the psychology that goes along with being stuck in a pool with the world’s lonely and unwanted, but I found myself choosing the “least worst” person I could find, instead of seeking out a person who would truly make me happy. There are so many things about this that are wrong. Invariably, I would come to my senses eventually, and then I just looked like another dude who was just trying to hook up. I don’t need that karma.

3. It is the worst way on the planet to waste time. I know for myself, and I suspect this is the case with other people as well, hours can go by where you are either writing to people you are hoping to meet, chatting with people you’re getting ready to start dating, or looking at the profiles of people who have sent you winks, pats, taps, kisses, nudges, or pokes. I found myself practically addicted to the dopamine rush of “kinkygirl0686 thinks you’re cute” or “justlooking22 wants to chat.” It can be a constant barrage of bullsh*t stimulation.

4. The money. It hurts my heart to have to admit this, but I am fairly certain that I have wasted hundreds of dollars this year on OkCupid, Match.com, Zoosk, and who the heck knows what else. I mean, sure, it all resulted in a couple of short-lived relationships and trysts, but I don’t talk to a single one of these people anymore.

5. It is impossible to explain who I am in a profile description. Do I say I am a writer? A poet? A singer? A working musician? A truck driver? A single dad? God forbid I wrote all of this on my profile, then it’d look as if I was just bragging. If I simply went with truck driver—well, how do I put this delicately—the kind of woman I would attract would be someone who likes truck drivers. If I go with writer or musician, then they are going to think I’m broke or flaky. For me, it’s kind of a no-win situation.

All in all, I have to say I am much happier now that I am, as my esteemed dining companion put it, “not dating.” There really are times when it’s best to buckle down and get busy with the important things and leave dating and relationships to the strange whims of the universe. I can’t possibly see how that strategy could be any worse than swiping left.