A Parenting Practice that brings us closer to Ending the School Shooting Epidemic. 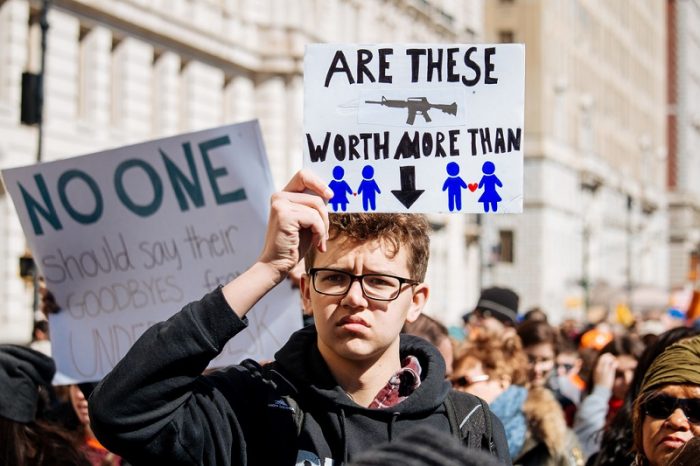 While driving my kids to school on the last week of the semester, my 11-year-old daughter reminded me that they would likely have one more lockdown drill before school let out for summer.

She mentioned that she hated being “suffocated” in a classroom closet.

One of the most sinister moments that occurred during the killing spree at Santa Fe High School on May 18 of this year was when gunman Dimitrios Pagourtzis screamed, “Surprise, motherf*ckers,” before shooting at students who attempted to block him from the supply closet in which they were hiding.

In moments like these, I am acutely aware that I am the dad of a 9 and 11-year-old living in the United States. And I sometimes wonder: Do I need to get the hell out of this godforsaken country for the sake of my kids’ safety and well-being?

I hope I can be forgiven for falling into such a desperate state of mind. After all, I’m a parent and it passes.

But what doesn’t seem to pass—tragically and alarmingly—are these relentless acts of terror, and the conundrum of how we can protect our children from such violence and insanity.

What I’m not going to address here is the question of gun control, arming school teachers, the political posturing of politicians, and our gridlocked congress that seems incapable of addressing the issues that need mature and morally courageous action. I’ve addressed these issues before on a number of news media sites and, frankly, I’m too pissed off at the moment to go at it again.

My concern here is the protection and well-being of my children—and the children of every family from every walk of life in this country.

Southwestern High School in Shelbyville, Indiana, has been referred to as possibly the safest school in the country. Why? Because it has invested a cool $400,000 in an active shooter defense system to protect itself in the event of another potential massacre.

Point being: yes, this is one example of a school spending heavily on the protection it feels it needs—and this is a relatively small school with merely a few hundred students—but what would it cost school boards nationwide to implement such a system in all public schools? Yep, multiple billions of dollars.

So where do we need to focus our efforts?

Well, we should be investing more energy, time, money, and political will on stricter gun control regulations, but what’s more important, I believe, is the time and energy we spend on the spiritual, moral, and emotional development of our children.

In my book, Do It Anyway: Deep Spirituality Meets Real Life, I reflect on a playground incident with my son when he was five:

The other day I overheard a snippet of conversation between my son (age 5) and his playground buddy (age 4). The piece that stuck with me and left me pondering was this statement from the four-year-old, “My daddy is an army man, and if he kills the bad guy he gets a shiny medal.” That was it; I didn’t hear my son’s response as they bounded down the bumpy slides and took off.

So what do we do with that? I guess what I’m asking—and have continually asked myself (and others) over my short years of parenting—is: how do we address such topics as war, violence, death, destruction, and aggression with our kids? Do we deflect and distract when the topic seems inappropriate or apparently over their heads? Do we dig deep for the simple age-level words or visuals that may satisfy them for now? Or do we present them with upfront honesty of what we truly believe is right or wrong? Is there a spirituality of parenting here that can guide us?

The truth is that there is no guide for parents. But there are the everyday teachable moments when we can remind our children of the call to kindness, justice, love, and respect in human relationships.

One of the fun exercises I enjoy doing with my kids, especially when they’re in a cranky space and start hitting each other, is I hold up my hands and ask, “What are these?” They answer, “Hands.” I continue, “What are they for?” They pause, then recalling the last time we practiced this, one may haltingly respond, “For art, music, making things, and cooking.” “Yes!” I add, “and for helping others and showing them kindness.”

What is key here, particularly with the instigator of such a dispute, is to acknowledge and not quash the validity of their needs and desires. To listen to them and to offer a gentle corrective on the way they have chosen to satisfy those needs—particularly where another’s rights are infringed. We gently teach them in such moments about their spiritual kinship with other children and all living things, and how other children’s rights are equal to their own.

I get that all the school guidance counselors, attentive parents, and vigilant peers in the world won’t necessarily stop an intelligent and highly disturbed teen from shooting up another school. But that doesn’t mean we shouldn’t do our part.

I want this rot to stop—for my kids and for all kids—and for available funding to go where it’s needed most, which includes parenting and community programs that can hopefully prevent more disturbed youth from falling through the cracks. That has to be better than panic buttons, smoke bombs, and armed teachers…right?

“Until we do something about guns, you can’t vote if you’re over 18.” A Love Letter to my Little Boy’s Bullies.