The Quiet, Intimate & Ultimately Devastating Grief that One in Four Women will Experience.

What if we start a real discussion about an experience that impacts one in four women?

There I was, sitting in Bryant Park in Midtown Manhattan on August 18, 2017 with a positive pregnancy test in my hands. I simply thought, “Well, here we go!”

I had never been pregnant and wasn’t sure exactly what to make of the surprising news, but I was immediately all in and instantly in love with the little being in my belly.

I knew what was transpiring in my body. As I stood in that moment, I was fiercely angry and felt that there was no real purpose to anything in this life.

What was incredible to me was that even in the midst of the anger, I could feel deep, deep within me a knowing that I was experiencing this loss in order to deepen my capacity to love unconditionally and serve others.

The next 24 hours were incredibly tough. I encountered the worst physical pain I’ve ever experienced in my life. I had no idea that at just six weeks pregnant, the pain of a miscarriage could be that intense. At one point, I Googled to ensure what I was experiencing was normal, as I was concerned that perhaps I needed to go to the emergency room.

As the light of dawn began to appear on August 30, 2017, the pain subsided, and I began the journey of unraveling everything this loss and experience revealed to me.

“The journey of a thousand miles begins with one step.” ~ Lao Tzu

At the time, I did not share with anyone what had transpired. The greatest reason was because I was so heartbroken and did not know how to even begin talking about my baby’s death. In many ways, I was embarrassed and felt I had done something wrong. I also feared somehow I deserved what I was experiencing.

I sat with my grief alone and did not shine light on it. By doing so, I discovered it made it harder for me to move through the grief.

I have since learned there is a better way.

Moving forward one year later, I discovered on August 7, 2018 that I was pregnant again. And yet again, I was all in! 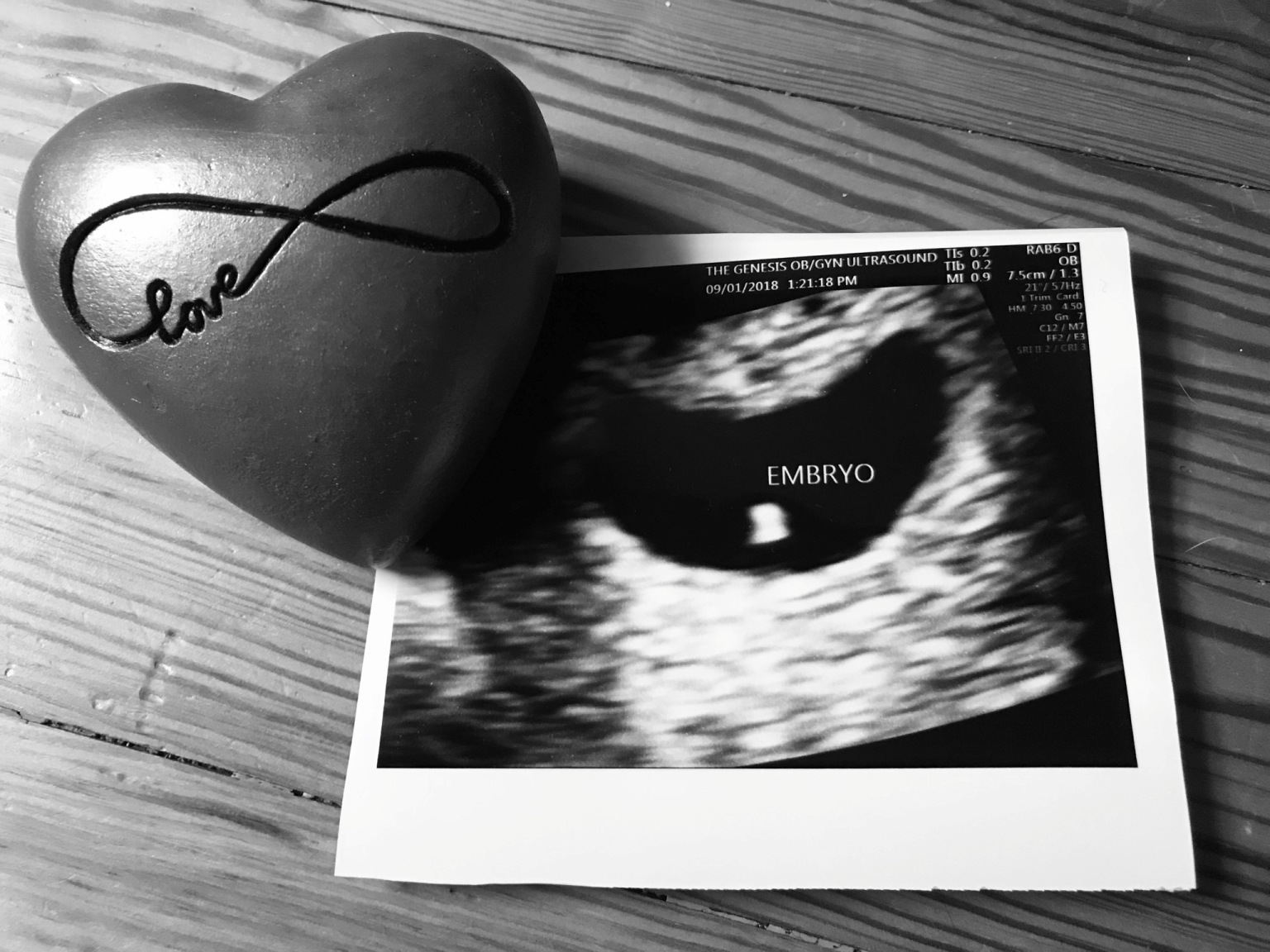 On September 1, 2018, I had my first ultrasound. I couldn’t contain my excitement to see my baby and hear his heartbeat. As I watched the ultrasound tech search for my baby, I saw a little white blob begin to surface. My heart was filled with so much motherly love in that moment.

But then I learned that my embryo was measuring smaller than anticipated, and that his heartbeat could not be found.

The ultrasound tech simply said that I would need to have another ultrasound in two weeks, scheduled a follow-up appointment, and sent me on my way. How was I going to move through two weeks of not knowing if my baby was alive while carrying him in my body?

I immediately remembered a story a friend had shared with me of a scary, unknown moment she’d faced.

Her simple prayer was, “Whatever comes, may I greet it with grace and love.”

I felt those words fall over me, and I decided that was how I would move through the next two weeks until the second ultrasound.

On September 13th, I learned that my precious baby had died.

And in the midst of the heartbreak, I was filled with grace and unconditional love. Unlike my first miscarriage, I decided to openly grieve this death and share it with others.

I learned that October is pregnancy and infant loss awareness month, so I used that month to share my experience as well as honor other women, men, and parents who have gone through the same.

By sharing with others, I discovered something that cracked my heart further open.

Many women reached out to tell me their stories and share that they felt they had to silently grieve because people didn’t get it. They would be met with words such as, “You can always try again,” or “At least you already have a child,” or “Have you thought about adoption?” While these words may be well-meaning, they almost always fail to provide consolation.

The women who shared their stories with me felt that their grief had been discounted or wished away by others. And because the grief that comes from this type of death is so deep, it felt safer to keep it locked up inside than have others flippantly wish it away.

One in four women experiences pregnancy or infant loss. That is 25 percent of women. In the United States alone, based on the 2018 adult population, that is over 30 million women.

For the world, over 700 million women will experience the death of a baby.

“When a child loses his parent, they are called an orphan. When a spouse loses her or his partner, they are called a widow or widower. When parents lose their child, there isn’t a word to describe them.” ~ Ronald Reagan

And this doesn’t just impact the mother. What if we make it safe also for the fathers or partners to openly grieve?

As a society, we often think we should only announce a pregnancy after the first trimester in case we miscarry. It’s as if we don’t want to burden friends or family with our trauma should we lose the baby. Why? Why not share the news immediately and then lean on those friends and family for love and support if the baby dies?

After my first miscarriage, I realized how much staying silent with my grief delayed my healing process. So, I decided to share with friends and family when I found out I was pregnant in August 2018. I wanted to fully embrace my pregnancy and baby while knowing the risks.

And I allowed myself to openly share with others about the miscarriage, which greatly helped me in my grief as well as allowed others to feel safe to share their stories.

Part of the grief journey is allowing ourselves to be human, to recognize that there is no straight path in the grief process, and to embrace our grief and let it “just be” so we can truly heal.

So, join with me.

Let us shine a light on pregnancy and infant loss.

When someone we know experiences this type of death, let us be there for that person with no expectations or judgments of how we think they should be or grieve.

Let us make it safe for them to grieve and recognize that grief will come over many days, many weeks, and many years—a lifetime.

Let us reach out to them on the important dates. For me, those are the dates of my miscarriages as well as my baby’s due dates.

Let us make it safe for one another to share our individual stories so we can heal together.

“If you know someone who has lost a child, and you’re afraid to mention their child because you think you might make them sad by reminding them that they died—you’re not reminding them. They didn’t forget they died. What you’re reminding them of is that you remembered that they lived, and that is a great gift.” ~ Elizabeth Edwards 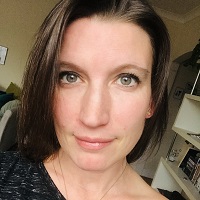 “It’s Okay to Miss Someone you Never Met”—a Miscarriage Story. What my Pregnant Friends should know One Year after my Miscarriage.

one hour left to join: