After 20 years of Dating, this is the Most Important Lesson I’ve learned about Relationships—& Myself. 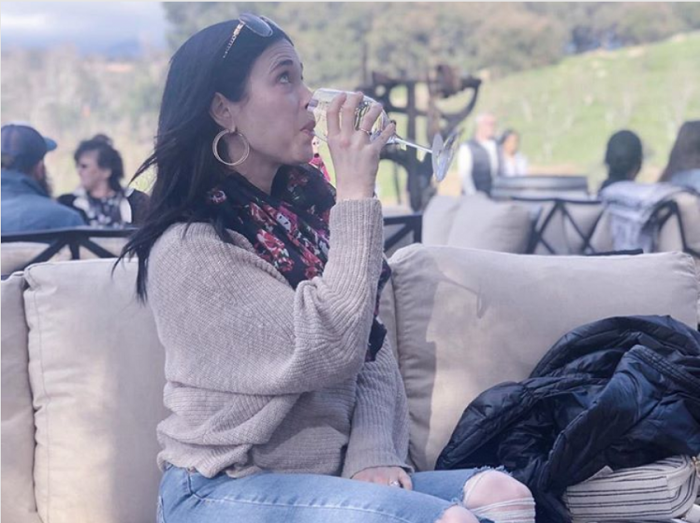 After 20-plus years of relationships and dating, I have finally come to some big realizations about myself, men, and dating.

I have been single for over five years and the one question I kept asking myself was: Why?

Why do I end up in the same situation, which is usually me feeling insecure, uncertain, and questioning every word I say and move I make? Why am I so scared of “moving too fast” or “scaring him away“? And why do I repeat these habits until the relationship finally comes to an end?

What I have come to realize is that feeling the need to tiptoe or walk on eggshells, no matter how new the relationship is, is total and utter bullsh*t.

Why should I hide who I am and how I am feeling to make someone else feel more comfortable? For what? So I can appease someone who is unable to communicate, express, and deal with his emotions?

Not only is that not my job, but I should never have to try and act like anyone but myself.

I should never have to question my needs and feelings, and absolutely should never feel guilty for having them.

But as women (and sometimes as men), that is what we do so often. We create and repeat the list of excuses for why he hasn’t texted, hasn’t asked us out again, hasn’t committed to us:

>> He doesn’t know how to express his feelings.

>> He has commitment issues, but I know he will work through them.

>> His feelings are too overwhelming, and when we get close he gets scared.

>> He has to focus on his job right now.

>> He will come around—I just need to be patient and give him time and space.

Then, when it finally falls apart, we go into the next phase of, “What did I do wrong?”

It is a vicious cycle that I fully admit I have fallen into over and over again.

In the book You are Enough: Heartbreak, Healing, and Becoming Whole by Mandy Hale, she says:

“There is no such thing as loving someone too much to be with them. No such thing as being so overwhelmed by your feelings for someone that you run from them. As being too scared to commit to someone. These are the stories that perhaps some men want us to believe, because they’re fraught with drama and romanticism and tortured passion…but the truth is far, far simpler. When someone shows you how they feel…or don’t feel about you…believe them. If they love you, they’ll act like it. If they’re not acting like it…they don’t love you.”

This hit me like a ton of bricks—especially after spending the majority of my life chasing the wrong men, putting myself second, and then convincing myself there was something wrong with me.

Here’s the deal. I am an open, passionate, and physical person. If I like someone, they are going to know it, and I am done trying to be anyone but who I am. Done spending an hour trying to decide if I should send the text, or make the call, or ask him to come over because God forbid I make him feel like it’s getting “too serious.”

Ladies (and any gentlemen who find themselves doing the same), listen up loud and clear: we are amazing people with feelings that are 100 percent valid, and we deserve to have those feelings and needs met, no matter what.

Don’t get me wrong, I am not saying to pack our bags and move in after the first date. Although, I am sure stranger things have happened. What I am saying is it’s time to put ourselves first. It is time to stop trying to be someone we’re not, stop trying to “fix” him, or “give him time,” or whatever the hell other excuse you are creating in your mind.

If he loves you, he will show it and if he doesn’t, walk away.

Mandy also says in her book, “You know what happens to girls who allow themselves to become life rafts? They sink themselves. They get dragged into whirling, swirling cesspools of drama and chaos and dysfunction. They start to mistake mirages for the real deal. They start to question why they never seem to be enough.”

Recently, I ended a relationship. It had only been a month, but something drastically shifted and I still couldn’t tell you what. We went from consistent communication, hanging out all of the time, and growing closer to suddenly the “I have a really busy week” and text messages every other day.

The old me would have racked up the excuses listed above. She would have waited it out, feeling anxious and insecure, and gone through the whole cycle. The new me said “F this. Why would I ever want to stay in a relationship that isn’t making me feel good? That is actually, actively making me feel bad?”

When I say it out loud, it sounds simple, yet for so long this is what I did. It’s what so many of us do. This time, I made a choice to end things—and I feel more empowered than ever. Doing so sends the right energy out into the universe. It says that I love myself and deserve to feel validated, cared for, and secure at any phase of a relationship. What a freeing feeling.

When we find ourselves thinking, “There are no good men out there” or “All the good ones are taken,” we need to take a moment to pause. If we keep attracting the same partners, it might be because we’re not demonstrating our self-love and self-respect by recognizing and demanding what we need and deserve.

The more we realize this, the more we can attract what we want into our lives.

The more women (and men) who can jump on board and be their most badass, beautiful, and unapologetically genuine selves, the more our ideas and goals about relationships—both with each other and ourselves—will start to switch.

In the end, it’s all about being real. Be real, be you, and be honest, because—male or female—the person on the other end deserves that. 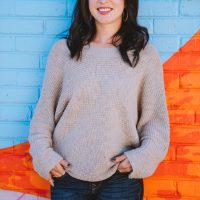 Jessica Christin is a Denver-based Nutrition Therapy Practitioner, IIN health coach, owner of Pureliving, and host of the Pureliving podcast. She has taken her passion for hea… Read full bio