How we choose our Friends & Lovers.

A couple of years ago, I attended a meditation workshop in New York City.

I immediately bonded with the girl I was sitting next to, and we became fast friends. We went to dinner that night and talked for hours. When I came to the city for work, we’d meet up and spend the day together. I met her friends; she met mine. We’d text long rambling updates about our lives. It was like best friends at first sight—until it wasn’t.

Only a few weeks after our meeting, the friendship faded out. Nothing “bad” happened. There was no drama. There were no hurt feelings. We just got distracted, and our lives carried on.

What I didn’t know then was that she and I had already served an important purpose in each other’s lives.

In the weeks we had been talking for hours at a time, we were often talking about just one thing: our recently failed relationships. I had come to realize something important about the trajectory of the relationship I was in at the time. This new friend and I, as it happened, were in nearly identical situations with our ex-boyfriends, left to decide whether we wanted to try again or let go.

The more my friend told me about her relationship, the more I thought she was naive. She was clearly mismatched with her partner, and it was time for her to move on. I didn’t see it then, but I realize now that her situation was a mirror of my own, and the advice I wanted to give her was a projection of what I desperately needed to hear myself.

What we are looking for in relationships isn’t really love, it’s familiarity. And the exact same thing applies to friendships.

We hadn’t been drawn to each other by accident; there was a deep, unconscious psychological need we served for one another. And when I reviewed the few other friendships I’d had that had unfolded like this, I noticed an unnerving pattern.

John Gottman believes that finding your soulmate is not a random, chance encounter orchestrated by the divine—no matter what the movies would have you believe. He theorizes that your ideal partner is actually just someone who most matches your “love map,” your subconscious concept of a perfect match.

But in the shadows of our unconscious thinking, our preferences for a relationship aren’t always nice things like financial stability, relative attractiveness, or good communication. What we seek out may also be a reflection of our deepest, seediest needs.

For example, children of divorced parents tend to have more negative attitudes toward marriage as a whole and are ultimately less “optimistic about the feasibility of long-lasting, healthy marriage.” This isn’t because they’re cursed—it’s possibly because separation is part of their subconscious love map. What they first came to know as love was also separation or maybe abandonment, and that has become part of their concept of “love,” even if it very much is not.

This could also explain why some children of addicts will grow up to have adult relationships with addicts. Subconsciously, their intent may be to try to heal their partner in the way they could not heal their parent. Or, they may just not realize that they associate addictive behaviors with the comfort of their closest relationships.

Under this theory, what we are looking for in relationships isn’t really love, it’s familiarity. And the exact same thing applies to friendship.

Trying to change another person will not heal you. It’s not a coincidence that you bond and “just click” with some people over others. In most cases, you have more in common with your closest friends than you think. You are often drawn to the people who have the same problems you want to heal within yourself, though you don’t know how.

When those relationships get challenging and you find yourself frustrated with their patterns of behavior—but you remain friends with them anyway— it’s often the case that you’re observing a mirrored pattern of your own behavior. You just don’t realize it.

We are usually unconscious of our own behavior, but we do observe it in others, often criticizing and making judgments about the person based on it. This can become a sort of obsession, the root of a love/hate relationship, the seed of jealousy, competition, and envy. And the things that most irritate us about others may show us what we cannot yet see within ourselves.

When we meet someone who has a similar wound to us, we feel it. We know there is something about them that equally draws us in and makes us want to push away. The problem is when we try to heal someone else’s wound in place of needing to heal our own.

It’s how so many people find themselves in toxic friendships. They’re attracted not to people who they connect with over shared interests or mutual respect, but to people whose worst behaviors are unconscious mirrors of their own. Instead of realizing that each person is responsible for their own reconciliation, they try to project the problem onto one another, police each other for it, and control one another’s behavior to create the change they really crave.

But trying to change another person will not heal you. It will not make you better.

There are millions and millions of people in the world. There are hundreds, if not potentially thousands, whose paths we cross. There are opportunities to connect everywhere, and yet most people end up with a small to moderate social circle, containing relationships that make them feel strongly one way or another.

This does not happen by coincidence.

So instead of trying to maneuver through life fixing other people and judging them for the ways in which they are not yet healed, consider that the wounds that trigger you most deeply in others are perhaps just reflections of your own. Perhaps what you most often think about them is really what you want to tell yourself. 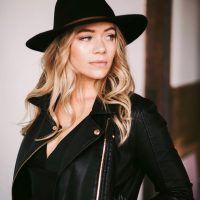