I Forgive my Rapist. {Adult} 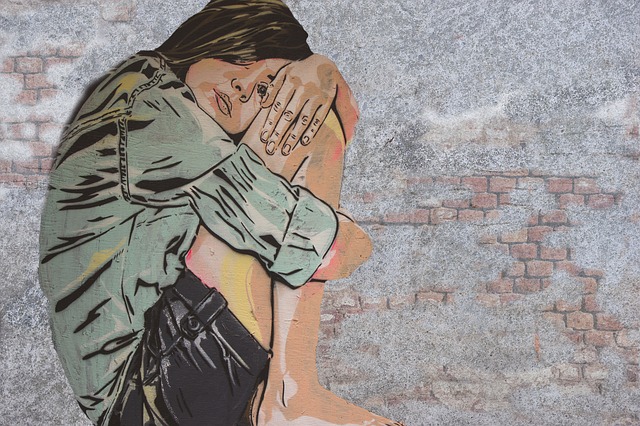 There, I’ve said it.

I’m terrified that the people who do the good work of fighting to shift the conversation of rape from victim to perpetrator will feel betrayed.

I’m terrified that my friends and family will see me differently after hearing this untold story.

I’m terrified that people who don’t know me will think I’m looking for attention.

But this conversation is more important than my fears. So here goes…

I suspect the boy who raped me when I was a young teen didn’t realize quite what he did to me. Maybe still doesn’t.

It was the end of my freshman year. I was a virgin. I hadn’t even had my first period yet. My friends and I got invited to a party with upperclassmen. We were thrilled to be included with the big kids.

It was crowded. There weren’t enough seats around the fun table.

A boy, a senior, offered me his lap. Just me. A seat at the table and attention from a senior boy? Sign me up. This seemed like all the things I wanted. I don’t remember how long I sat on his lap before he asked if I wanted to go for a walk, but I know that when he asked, I wanted to go. I imagined he’d tell me how he’d noticed me in the halls before and was glad he finally got to meet me. I imagined a kiss. I imagined a boy liking me.

But that isn’t what happened.

He didn’t say any of those things. In fact, I don’t know if any words at all were exchanged. He took me by the hand—sweet, I thought—and led me away from the house. From all of the houses. I vaguely remember him stopping to kiss me. Looking back, it was a, “She didn’t stop me. Okay, cool. Onward” kind of way.

He led me to a wooded area behind the neighborhood. The next moments were a blur. He pushed me down into a bush. Not violently, just strong. Decisive. There was no asking. No waiting for my reaction.

And then his penis was shoved into my mouth.

I couldn’t breathe. I was choking and I was scared. All I could hear in my head was “no.” But I never said it. My conscious brain checked out. I’m sure it meant well, protecting me from my own horror, and all. My mind left my body to absorb the trauma. I was in shock. I didn’t struggle. Not even when he took himself out of my mouth, pulled my pants to my shins and penetrated me. I didn’t say a word.

Then he left me in the bush and went back to the party. He was done with me. I remember noticing blood running down my legs and worrying that people would see it through my pants. I felt disoriented.

I fumbled my way back to the party. I had no other way to get home, no cell phones then. There were no people in the woods to flag down. And what would I say, anyway?

After cleaning myself up in the bathroom my friend found me and asked where I’d been. I said, “I think I just had sex with (name hidden).” As if I were a participant? What did I mean, with? In 1984 the term “date rape” wasn’t something we had heard yet. You were either violently raped by a stranger, or you “had sex.”

He would later brag about “having” a virgin. I didn’t tell anyone what happened. No one asked. I retreated emotionally and went down a dark path of alcohol and drug use. Within a few weeks I was sent to live in another town. It would be over a year before I told a soul about my experience.

So why do I forgive him?

I believe that boy thought I wanted sex. Or at least it didn’t occur to him that I didn’t want it.

I believe he thought he was entitled to proceed based on my lack of resistance.

I believe he perceived my virginity as a badge of achievement in the cruel game of masculinity.

He was a teenage boy with a teenage girl, who wanted to sit on his lap and go for a walk. He took the lead that he was taught to take.

I now believe that boys (and men) who act this way are servants of a system of silence.

Of course, some can and will do awful things. And it would be easier to see them only as a villains. But I’m keenly aware that many of those who perpetrate acts of sexual misconduct and even rape, suffer from a total lack of information and communication about the nuance of sex and consent. It’s possible that if my rapist had been taught differently—to look for body language, to ask more than yes or no questions, to seek enthusiasm—that he might have behaved differently.

I’ve come to all of this because for the past year or so, I’ve been helping a dear friend with her affirmative consent workshops for middle and high school students. She teaches that girls (and boys) want to be liked and sometimes it’s hard to say no to someone for fear of letting them down. For fear of losing their affection. But the absence of a no, is not a yes. The notions of “No means no,” and even “Yes means yes,” aren’t enough to be sure you both want the same thing.

It has to be that “Fuck yes,” means yes. We need to teach this, look for it, and value it. These should be things we all already know. But we don’t. Not even adults.

In our workshops, we teach that the absence of an answer may be an indication of hesitation. That consent must be renewed with each new activity, throughout the activity. That body language is important. That a person under the influence cannot legally give consent. That if there is any doubt in the moment (doubt, being the absence of an enthusiastic yes) then erring on the side of caution could mean the difference between feeling awkward for a moment, or being marked as a sex offender for the rest of your life.

Every time we do this, kids come up to us and ask questions like,

“But she seems like she wants me to kiss her. What am I supposed to do…ask? That sounds dumb.” (This also gets asked by adults.)

“But he/she said yes before…?”

“I was just trying to flirt. How am I supposed to know the difference between flirting and sexual harassment?”

By the way, to everyone everywhere who’s ever wanted to touch someone…if in the heat of the moment, you say, “I’d really like to kiss you/take your top off/feel your body, and you seem like you’d like that too, but I need to be sure before I do anything more,” your partner will swoon at your thoughtfulness.

We teach that it’s our job to be upstanding bystanders when someone says or does something we know to cross a line, the same way we would take car keys away from a drunk friend.

Some of this is obvious. But for some, it’s a revelation. The program started with junior and senior students, who afterward said, “I wish we’d had this when I was a freshman.” And then the freshman said, “we should have had this in middle school.” So now we’re teaching kids at the brink of puberty, that the skin hunger they may be feeling is the beginning of what could either be a wonderful or traumatic sexual life. What do you want to cultivate?

If I had known this before I was a freshman, maybe I would have had the wherewithal to set and state boundaries. Maybe my attacker would have paused at my silence and decided not to risk becoming a rapist that day.

It took me years to get the counseling I needed to heal. I still have a shut down reaction when a man (even a man I love) gestures for oral sex from a physically dominant position.

Side note: I can’t tell you how incredible it was the first (and only) time a new lover asked me, “Is there anything you’d like me to know about your sexual history?” I was stunned by his awareness and compassion and I felt seen and heard. It fostered an instant trust that resulted in the most rewarding sexual relationship I’ve ever had. I cant’t recommend enough how powerful that kind of conversation can be with a new partner.

I feel sad that so many of these incidents could be avoided. But I also feel hopeful that this generation—a generation of activists who care about gun violence, and environmental abuse, and human suffering of all sorts—may actually be ready to change rape culture.

Enthusiastic consent: this is the conversation I want us to have. With each other. With adults. With kids. If we give this generation the tools, I believe they will teach us what it means to obliterate rape culture. 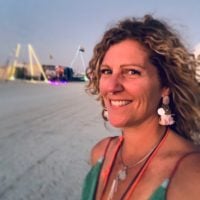 The Art of Communication. Here’s 45 Things we can Do Right Now to Stop Rape Culture & Misogyny. No, My Child Does Not Have to Hug You: Why I’m Raising my Toddler to Understand Consent. 3 Things to Know About Shame & How It Affects Relationships. ~ Alexandra Muirhead
See relevant Elephant Video