Our Planet is Dying & We are Running Out of Time. 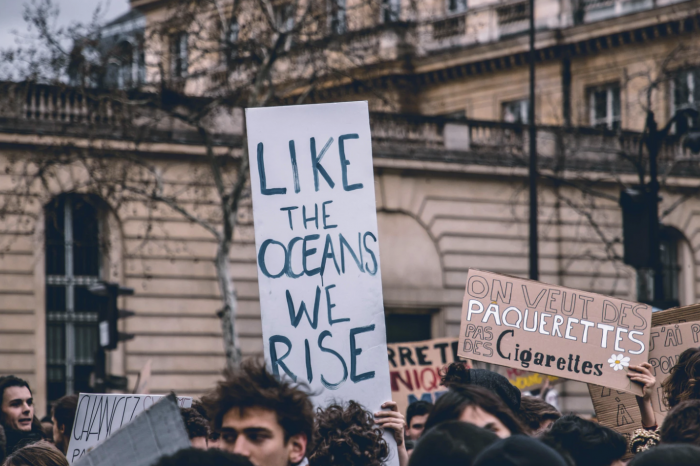 Mother Earth is the only home I’ve ever known.

I’ve loved her for as long as I can remember. As a child, I’d run through a field of wildflowers with the wind whispering in my ear, and feel her love radiating back at me. There’s something majestic about being immersed in her waters, or daydreaming beneath her trees. I’m speechless when I take in the view of her breathtaking mountains or admire the myriad of colors in her seemingly never-ending sky.

I feel a connection in nature that I’ve never experienced anywhere else. In those quiet moments, it’s clear that we are all connected. To each other. To the Earth. To all living things. I felt it at the zoo when the mountain lion pressed her face up to my hand against the glass, longing for a caress. I feel it when my favorite doe and her fawn watch my daughter and I play from the woods. I was in awe of it when a butterfly landed on me the other day and chose to stay for a little while. There is something more to these experiences. I’ve felt it for a while now, but that awareness is growing inside me every day.

I think about all the animals that have gone extinct due to what we have done to this world, and my heart splits open. It is time to really consider what that means for us. They’re just animals you say? So are we. Fundamentally, we’re just animals too. What would happen to the world without humans?

The Earth and all her inhabitants would flourish in our absence. The forests would no longer be cut down, and the oceans would cease to be our garbage can. Endangered species would begin to thrive again. If we were extinct, we definitely wouldn’t be missed. However, we’ve been given a great gift that sets us apart from all the other animals. We have the power to think, change, and adapt. The capability to problem solve, and work together to save the world; thus saving ourselves.

Some are waiting for science to solve the problem, and others are looking to the sky for answers; looking for another planet to escape to. Even if we had that option, that doesn’t sit well with me. We can’t just use her up and leave her. That idea is exactly what’s wrong with society today. We take, and we use, and we discard. Then move on to bigger, and better. Always wanting more, more, more.

We get caught up in the rat race and feel helpless. We stick our heads in the sand and pretend that everything is going to be fine. We turn a blind eye and try to convince ourselves it will all work out. I know I’m guilty of this too. I get busy, I get lazy, I forget my reusable bags or absentmindedly use a straw that I didn’t ask for. Yes, recycling, using a metal straw, and reusable grocery bags helps, but we need to do so much more.

This is our last chance to save the planet. She has given us life and nurtured us, and what have we done in return? We’ve poisoned her and destroyed her. In so doing, we’re also killing ourselves. We keep cutting down her trees even though they are our very lungs. We pollute her oceans, lakes, and rivers as if her water supply doesn’t provide us with one of our basic building blocks of life.

We have to stop being so damn greedy and selfish and work together toward a simpler life. We were not meant to live like this. If we focus our energy, raise our consciousness, and come together as one, we can do anything. Look at all of the incredible things we have accomplished when we’ve united for a cause. One person can do more than they think. One person CAN change the world, but when we come together toward a common goal, our potential is limitless. So, let’s do it. As individuals, and as a society. Let’s do absolutely everything we can think of to reverse the damage we’ve done, and give our children a fighting chance at survival.

Massive changes need to occur. Instead of cutting down trees at the current astronomical rate of 15 billion per year, we can replace the majority of those items with hemp products. Hemp can be harvested in just four months and produces four times more paper per acre than the average tree. The fiber can also be used to create a plastic alternative that is fully biodegradable. It can even produce an environmentally friendly fuel! Why the h*ll aren’t we using this incredible, multipurpose plant? The answer encompasses all that is inherently wrong with the world we live in. Money, greed, power, and corruption. It’s time to stand up for what is right, and fight for humanity.

“When the last tree is cut, the last fish is caught, and the last river is polluted; when to breathe the air is sickening, you will realize, too late, that wealth is not in bank accounts and that you can’t eat money.” ~ Alainis Obomsawin

There are currently global climate strikes happening in 163 countries and counting. This week. Right Now. This is the perfect opportunity to get involved. There is also a United Nations summit on September 23rd to discuss the implementation of the Paris Agreement on Climate change. Major political changes need to occur by the end of 2020, if we’re going to be able to reduce our carbon emissions enough to sustain human life. This is as serious as it gets. We are on the brink of total destruction if we don’t make extreme changes.

There’s an election coming up, and I know that I’ll be voting for the only issue that really matters. None of the other sh*t will make a difference if we are no longer here.

We need to wake up before it’s too late.

Greta Thunberg shares One Thing every person can do to help the Climate Crisis. “It’s so bad even the Introverts are Here:” the Best Signs from the Global Climate Strike.
See relevant Elephant Video