The Art of Letting Go: On Grief & Gratitude. 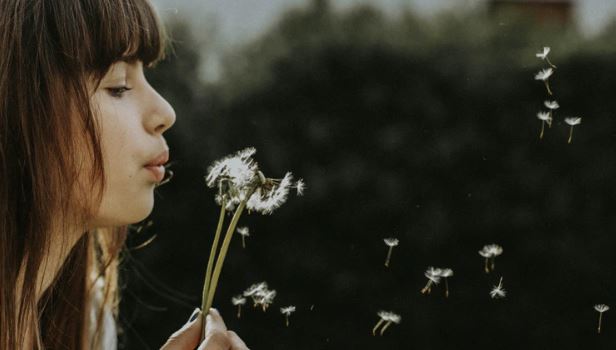 “The key to being able to let go of all the stuff you’re holding on to is knowing that you’ll be okay if you don’t have it.

And that’s the truth. You can survive with very little. And though the passing of people and things can be painful, you will survive.” ~ John C. Parkin, F**k It: The Ultimate Spiritual Way

Life, human life anyway, can be said to be an endless, hapless attempt to cling to that which will inevitably slip away. I’m certain I began my own formal crusade to cling to things I had no control over in the very earliest days of pre-consciousness. Though I don’t remember doing so, it’s a safe bet based on my personality that I battled ferociously to stay inside my mother’s womb. I just don’t like change.

>> The key to the dollhouse my dad made me when I was six. It was tiny and actually worked the lock on the equally tiny door. The house looked exactly like my real-life house.
>> The real life house the doll house resembled. We left it when I was eight, and though we briefly returned, I would never feel like I was home again.
>> Seven dogs. All beloved.
>> A 17-jewel family heirloom watch my aunt gave me for college graduation that disappeared somewhere in New York.
>> Five (adult) teeth.
>> Sleep, as an adjunct of motherhood.
>> My 16-year-old son.
>> The belief that anything is in my control (see above).

I clung to all of the above in varying degrees, but in each case with the conviction that I “deserved” to have whatever thing I had lost or was losing. Such entitlement. I don’t entirely blame myself (if I did, I would be in a lifetime in-patient program strapped to a gurney and medicated with horse tranquilizers) as there are the additional factors of human nature, maturity, and culture to be considered. But I own a lot of it, and have come to see that—as Buddhists teach—attachment is suffering.

I don’t talk, or even think, about this much anymore, but there was a time when I lost nearly every material thing. My first dysfunctional marriage put me in the unenviable position of homelessness. We didn’t get evicted from just one apartment, but from two, and the second time we were kicked out unceremoniously by a sheriff with unreasonably bright red hair, it finally hit me: I had nothing. (Of course, this too was an illusion.)

As we walked (limped) down 47th Street in the baking hot July sun, strung out, starving and filthy (we’d been too f*cked up to shower or eat for several days) it felt as if we been booted right off the edge of the world. While everyone else was strolling along going about their day thinking about—I imagined—soft beds, regular jobs, and spouses you could bring home to Thanksgiving without shame, we had maybe two dollars total and the few inches of pavement in front of us where our next step would land.

And yet, we carried on. Stripped down to the bare essentials, sleeping on the hard dirt of Tompkins Square Park, the endless sky shaking overhead day and night like a fist, we lived. I remember marveling then at how little one needed to actually stay alive. I began to feel gratitude for things I’d taken for granted all my life. When a fellow homeless woman offered to share her half-eaten fried rice with me in Penn Station I nearly wept with joy.

Of course, I promptly forgot about real, abiding gratitude once I got comfortable again. But I had known it for a moment, and I stuck it down deep somewhere in my bones.

Learning and un-learning. Remembering and forgetting. So the wheel turns.

I was stripped down in a much different way when my son took his life. In the space of a mere few minutes not only he, but my entire family were swept off into an alien dimension. It took a lot longer to start feeling gratitude then. I tried firmly to remain in a state of denial, even getting excited about his wake because I thought it was a nice chance to see him again. I really believed, right up until the moment I saw him in the casket, that he and I would just kind of be hanging out at the funeral home together. Bizarre. Despite being forced to let things go, we can still cling to them.

I realize now, that for me at least, grief begets gratitude. In other words, losing things makes the things that remain, or that are recovered, or discovered, so much more vivid. But if we don’t do the grieving first, the gratitude may never come. That is the art of letting go. We work so hard to avoid grief. Of course we do! It’s scary to think about who we will be now that whatever thing has come and gone. But allowing ourselves to fully feel and process the painful reality of loss, and to eventually accept it, is the only way we will experience some measure of peace.

The truth is, whether we let it be or fight it tooth and claw, everything is both coming and going. We ourselves, on a cellular level, will only be as we are in this moment one time.

Already, in the act of typing this sentence, I have changed. It is up to me, up to all of us individually, to accept that things are changing, to mourn them if we need to, and then try to temper and brighten all of that with thankfulness even as we move forward into the currents and many pointed winds of the unknown.

Grief is Not the Shadow—Grief Liberates us from the Darkness. How to Find Sweet Acceptance for our War-Torn Bodies. This is Grief. {Poem}
See relevant Elephant Video