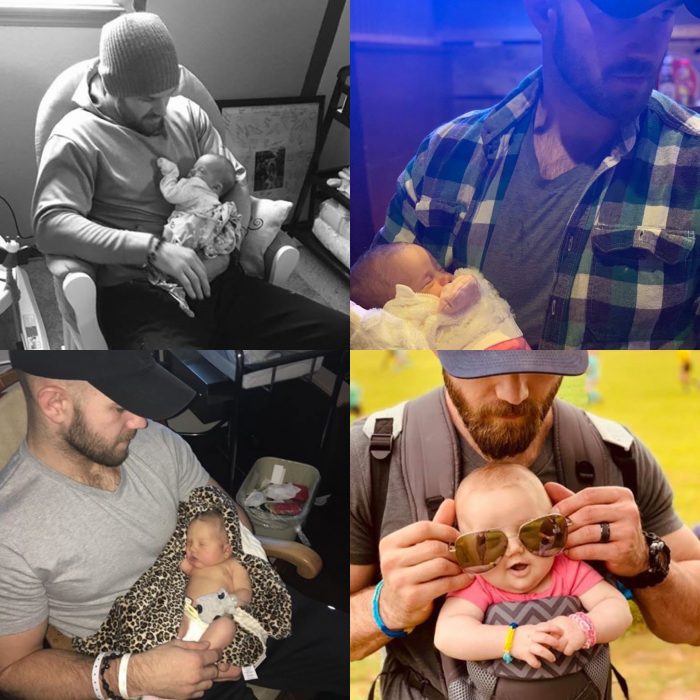 I’ve never been the kind of person to have pet peeves, because generally, they’re just an issue with a minor infraction that most of the population is guilty of and incapable of controlling.

However, I now have one, and you should too.

But unlike chewing loudly, grammatical ignorance, or picking your teeth in public, this is an actual issue that affects us all.

It crawls all over me when there aren’t changing tables in the men’s restrooms. Bear with me though, this isn’t just a silly pet peeve of no consequence. I’m talking about equality between men and women, fathers and mothers, even if it’s the most minor of issues. See, if you start with the small, it’s easy to work your way to the bigger issues.

My family ate at a restaurant this weekend. I shared a plate of grits and eggs with my nine-month-old. And by “share,” I mean I sped-fed her until her eager greediness for the food was done and she was full, so I could eat myself. So when she was full, and it was my turn to eat, her father volunteered to change her diaper and let me eat in peace for a few minutes.

He took off with the baby ready to do his parent duties. Just as I took my second bite, he appeared back at the table. There wasn’t any place in the men’s restroom to change her. He apologetically sat back down knowing there wasn’t much he could do that would be considered socially acceptable.

So how does this affect you? Even if you aren’t a mother or father to a diaper-wearing baby or love someone who is, this matter extends further than a simple changing table.

In order for women to find equality in the workplace, we have to fight for each other. However, we also have to ask our male coworkers and leadership to help us fight. In order for us to be empowered in a board room, we have to look to the male population to help us make those changes. As it stands, only six percent of Fortune 500 companies have female CEOs. Men outnumber females in leadership positions across most of the companies in the country and world, so it’s in their hands to help us start the change.

Sheryl Sandberg, the COO of Facebook, mentioned in her book, Lean In: Women, Work, and The Will to Lead, that it’s evident that if you restrict the leadership in the workforce to only half of the population, you’re missing out on opportunities for great leaders. It benefits us all to extend workplace equality to everyone, not just one gender.

Sheryl mentions that we need to extend this same concept to men. In the home, women tend to be considered in the lead for all domestic responsibilities and men are considered inadequate or inept when it comes to taking care of their own children. This is constantly reinforced in government and company policies along with an attitude that men who watch their children while their wife is away are “babysitting” their own children while mothers are just doing what comes “naturally” to them.

Maternity leave allows a chance for women to start out in parenthood with a strong bond to their children, while men are not extended the same opportunity to build this foundation with their children. Men miss out on many of the firsts in those first few months, because they aren’t our equals at home. Stay-at-home dads find themselves uncomfortable in daytime social circles that are geared toward stay-at-home moms only. “Mommy and me” classes are the norm.

And now we come back to changing tables in the men’s restrooms. What’s stopping this change?

When my family was eating at the restaurant and encountered this issue, motivating me to write this article, I had the thought to ask a waitress if they had a changing table in the men’s restroom. I figured, maybe, just pointing out this issue would provide some sort of explanation or plan to fix it. She told me with confusion and a matter of fact response, “Well, no. I don’t think so. There’s one in the women’s bathroom.”

Let me tell you that this isn’t just a father’s issue. This is an issue for all men and women too. If we want to be empowered and treated as equals at work, we need to be willing to do the same for men at home. We can’t be equal partners in raising a family and bringing home money to provide for our families until everyone is willing to make this a two-way street.

They should be empowered as parents, just like society empowers us women to be mothers. It starts with something as simple as changing tables, and that gets us one step closer to equality for all of us.

So from now on, say something. I left a kind suggestion on that restaurant’s Facebook page. If you aren’t comfortable with confrontation or speaking to the matter in the moment, feel free to use social media to educate (in a kind way) and to urge that place of business to make a change. Start small, think big, and change the world. 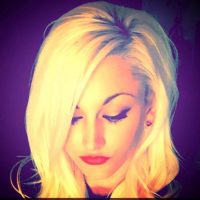 Erica Mullinex: @sophisticated.mom is the alter ego of an uptight, perfectionistic mom who knows too much and not enough. It’s her safe space for all the things she shou… Read full bio

When we Blame Men we Ignore this Uncomfortable Truth. In Defense of Men. Men Need to be Held Too—Emotionally & Physically.
See relevant Elephant Video