I said “Yes” to my Soul for One Whole Year. Here’s what I Learned. 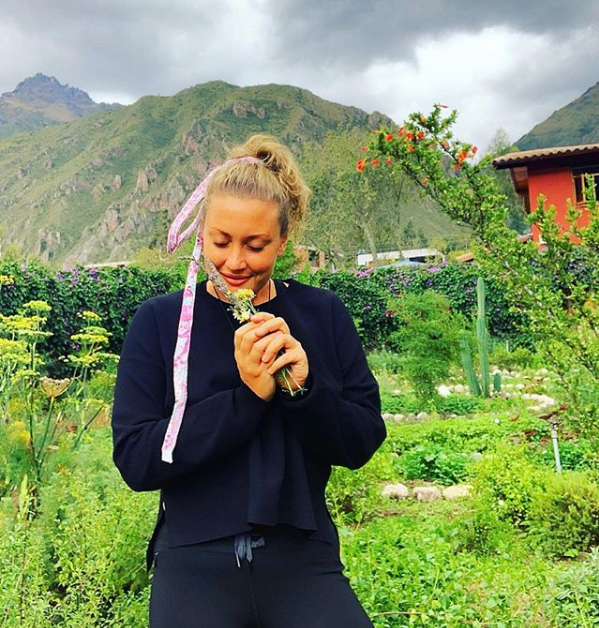 What quitting my career and travelling the world taught me about myself and life.

Twelve months ago now, I was on a crowded train from New Delhi to Jaipur, three weeks into my month-long solo trip through India.

Something had shifted internally as I realised that whilst the prospect of travelling as a solo female in an unknown country had intimidated me, I had been surprised by my ability to move outside of my comfort zone in so many ways.

More fascinating was the confidence it had given me in my ability to face my fears and move through them with surprising success and clarity.

Earphones in, huddled in a narrow top bunk with a young Indian family sleeping in the beds below, I was listening to Wayne Dyer speak about “not dying with your music still in you.”

I became overwhelmed with emotion as the stark reality set in:

For some years, I had been feeling that my life was surely destined for more adventure and exploration than what I was currently experiencing. I wanted passionate, thrilling experiences—a collection of feelings and moments were preferential to material possessions and settling down.

I felt a strong pull in my heart that there was a greater purpose in store for my life and that travelling the world solo would set me on the right path to discover it.

Tired of the same old toxicity that my current lifestyle was providing, I was seeking more.

More than the corporate grind, more than feeling like a rat on the wheel paying bills and living for the weekend, more than the unhappy and dysfunctional relationships that I had been willingly participating in for years.

A part of me felt that I still needed to “find myself” in order to uncover the treasures life held for me. I understand how cliché that may sound, but my heart wouldn’t let me escape this truth any longer.

I sensed that in order to truly uncover my rightful path and the fulfillment I longed for, I had to first know myself on a more intimate basis. The question arose: “How can I know what I want if I don’t truly know who I am?”

Living a life that felt stable and “safe” back home in Australia, the niggling feeling that I was missing something profound grew more uncomfortable by the day. And so, it was in this moment—in the middle of the night, in the middle of India—that I made a life-altering decision.

I decided that the next 12 months would be the year I said “yes” to my soul.

Which, for me, meant saying yes to every nudge, calling, and whisper that I had previously ignored. And what unfolded from there when I returned home shortly after, was the decision to quit my 13-year corporate career.

It was half cleansing, half terrifying.

I laugh when I read the lists now, because the choice was so obvious, and yet at the time I felt a deep sense of anxiety around making the wrong decision and eternally regretting my choice. How many countless wonderful and inspiring ideas and plans those fears must kill on a daily basis.

I purchased a one-way ticket to Paris, intending to trek the Camino de Santiago starting from the French Pyrenees and finishing in Spain. But I never even made it onto the plane.

As per my commitment to the “Soul Plan,” everything changed just a week before I was due to leave. I instead found myself called to the Costa Rican jungle to complete a quantum healing certification. At the time, I didn’t fully understand what quantum healing—a powerful modality of intuitive energy healing—entailed.

However, with absolutely no hesitation I cancelled my first trip and boarded a completely different flight. My soul had told me to do it, and therefore the choice was straight forward.

Three flights and almost 24 hours later, I arrived in San Jose. Studying quantum healing in the depths of the Costa Rican jungle with 40 people from all over the world, whom I had never met, was an experience I find hard to describe. Becoming certified in a craft that I had previously not known was an adventure all on its own.

However, as soon as I stepped foot into the jungle, I knew it was where I needed to be. As the certification unfolded, I realised a large piece of the puzzle I had been searching for had moved into full alignment.

The quest to “find myself” was unfolding beautifully as planned.

Following on from there, I travelled through South America, Central America, and South East Asia for the rest of the year. Every time my soul called me to a new location, without question I answered the call.

And what I found, even in the simplest moments, was that there was something valuable for me in every place.

There were of course many moments of fear, doubt, and wondering whether I was on the right path. And yet at the same time, there was always some form of miracle along the way that confirmed that I was indeed on track. On purpose—in a way I had never before experienced.

These “messengers” were most synchronistic in their timing, and could have been easily missed by a heart that was not seeking confirmation of its path. I caught them often in the form of a timely rainbow after a sun shower, an inspirational message found etched into a stone wall in Peru, the random help of an angelic stranger, or an unexpected gift of abundance along my path.

I felt profoundly guided and protected the entire time.

The thing that stood out to me most on my travels was that I had previously allowed my mind and the doubts and fears of what could go wrong override the whispers of my heart and my soul. Something I will never again choose.

I realised that once I could push past that initial discomfort and be guided by the heart and the spirit and led by my innermost desires, instead of what felt traditionally “right,” I flourished.

I found the inner joy I had been seeking.

Many layers of limiting beliefs and false realities were released along the way.

Was it easy? Absolutely not.

Was it worth it? Without question.

I caught myself transforming into a new state of being. And I found that just like another person, when we commit to building a relationship with our own soul through consistent communication, listening, and respect, that relationship flourishes too. I truly believe that we all have access to this gift.

It was the year that forever changed me. And the funny thing is, the things I feared in the beginning never actually materialised.

I returned from the trip and my old life was the same—not much had changed. I, on the other hand, had undergone a metamorphosis of the most beautiful, life-altering kind. Different in a way that only I will every truly understand.

I wouldn’t swap this experience for anything. I am so grateful I said yes to my soul and followed my dreams. It is my new way of being.

Not everyone needs to travel the world in order to find themselves. I would, however, encourage the practice of listening to the whispers and the nudges of what the soul truly desires whilst we live this human existence.

There is much beauty and joy to be found in the place where our inner truth resides. 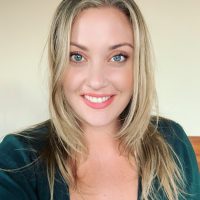 Katie Moriarty is a writer, quantum healer, and manifestation coach. She is passionate about challenging the status quo, and living a life by soul-inspired design. Katie belie… Read full bio

Why Traveling won’t Help you find Yourself & What to do Instead. I Quit my Job & Moved to the Caribbean at Age 40. It’s Time to Check your U-Mail: Recognizing Synchronicity in our Everyday Lives.
See relevant Elephant Video